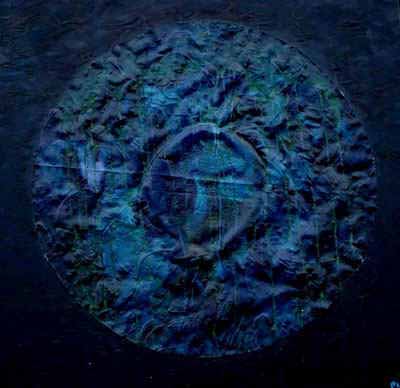 Among the many trigger expression and images that rattled around in my brain over the years, as far back as childhood, is the word Samsara or Zemsara. To me Zemsara, or Zemsora, was an alien type entity I linked to Z in another form.

As of late, the word Samsara has called to me over and over again.... It seems to be about letting go of the illusion and seeing the truth behind reality. As a race, we are moving toward that end. A war rages now in Iraq, the sacrifice of souls if we are to move forward in spirit and evolution.

Last week on the syndicated sci-fi TV show Andromeda, one of my favorite shows, captain Dylan Hunt and his crew were trying to defend a planet named Samsara.

Yet, for the Commonwealth to survive, Samsara had to be sacrificed.

Sam is also a frequency, the 'same' is true of the name David, Star of David, Kabbalah, Tree of Life, Merkaba.... Anyway you cut it...we are back to birth and rebirth and a new creation ...the Cradle of Civilization being cleansed, the war with Iraq... Stargates and portals opening between girds, whatever you connect with...

Samara, Isis , [Now this links with my book], - Those who study what we call "Ancient Wisdom" know that all its teachers talked about a vast "veil of illusion" that covered true knowledge from the sight of the casual observer. The Buddhists call this veil "Samsara." Hindu writings call it "Maya." Early teachers of the occult called it "The Veil of Isis." What were they talking about? [Perhaps lifting the Veils]

Samara, - The realm of time and space wherein we reside; even the gods reside in Samsara. Nothing in Samsara is permanent, not even the long-lived gods. So long as we remain attached to life in this world we will get our wish, we are doomed to return to life in this world. Samsara is a prison for the Atman where Atman is trapped in matter. [We certainly are trapped in the illusion, a prison for A-man, Atman=Adam...and the beat goes on....]

Samara, - During the period in which the Upanishads were written, Hindu philosophers began to develop the concept of samsara in line with other aspects of Upanishadic thought. The Hinduism of the Samhitas looked on the material world as understandable and controllable; it was in the material world that the gods (devas ) gave to humans and the gods could be controlled through hymns, prayers, rituals, and sacrifices. But the Upanishadic Hindus began to think of the world as illusion (Maya); reality (Sat) was rather to be sought in the unchanging and unitary principle of the universe, whether that be Rita, Brahman, or Atman. The material world, on the other hand, was a place fragmented and constantly changing; this changing aspect of the universe came to be called Samsara.

Samara, Cambodia, - Sanskrit, Perpetual repetition of birth and death from the past through the present to the future, through six illusory realms: Hell, Hungry Spirits, Animals, Fighting Spirits, Man and Heaven. Samsara moves at a deliberate, reflective and sometimes dreamlike pace. Samsara is also the incarnated existence with which one eventually becomes disgusted and from which one seeks liberation. [This is so true].