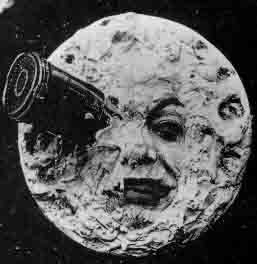 Examining natural rock formations, of any size, often shows us portraits carved in stone, left to individual or group interpretation.

If you find a rock in a place you feels is special or sacred, drawn to the color, texture, carved grooves, or perhaps what looks like an inscription, examine it for possible meaning for you at that moment. You can close your eyes and get messages, or just read what you see. I found a most interesting rock while in a crop circle. It actually told me that the formation was man made! It's all subjective, but brings a message we need to hear.

Sometimes rock these formations are found in the natural designs on planet Earth, while other times that are found in space, such as the Face on Mars or the Man on the Moon, formed by craters.

Pre-Inca Civilization: Is the image of Viracocha, carved into the mountain?

Though not a natural rock formation, most interesting are the enigmatic Nazca Lines also linked to the ancient Incas and Peru.

In geology, the term rock formations refers to isolated, scenic, or spectacular surface rock outcrops. These are usually the result of weathering and erosion sculpting the existing rock. Rock formation in general refers to specific sedimentary strata or other rock unit in stratigraphic and petrologic studies.


The Mysterious 'Pareidolia' Phenomenon Turns Out to Have a Surprising Bias   Science Alert - February 1, 2022


It's fun sometimes when your eyes play tricks on you, and you see a face that isn't really there, staring back at you from a power plug or a potato. This phenomenon is called face pareidolia, and it's something that humans, and even chimps, naturally do. But it looks like facial features aren't the only thing that we see when we come across an illusory face. A new study has found that we also see age, emotion, and gender – and strangely enough the vast majority of these funny faces are perceived as male faces.