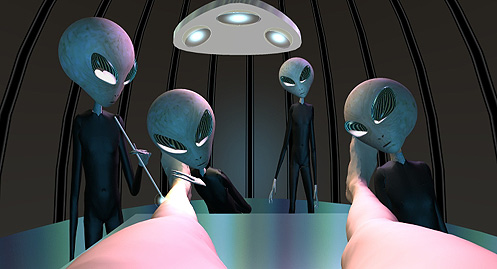 In the classic alien abduction scenario, women are taken from their home, or vehicle by aliens, generally the Grays, to a UFO. Invasive procedures performed on them that often have to do with removing ova or sperm. A short time later, the women miss their period and report unexplained pregnancies that seem to terminate after 3 months of gestation. Many of these women did not have sex at the time of conception. Physical examination will show that the women were actually pregnant, the pregnancy terminated without explanation or fetal tissue.

A child conceived under these conditions is called a hybrid-human. Later, many of these women report being taken aboard a UFO, being shown a child, told that it was theirs and is part of an experiment to create a more highly evolved race of humans. There may be a need for the child to make an emotional connection with the physical mother if the child it to survive or understand. Some women report returning later and meeting the hybrid child at an older age. These children seem to age rapidly. 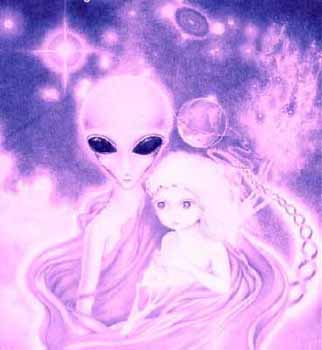 The theory of other species interacting with the creation of humanity seems more valid as time passes. We are hybrids and part of a biogenetic experiment of one kind or another. It is part of the creation myths of our planetary grid, etched in stone and told through oral tradition. It is the evolutionary leap - the missing link that we read about. See Ancient Alien Theory 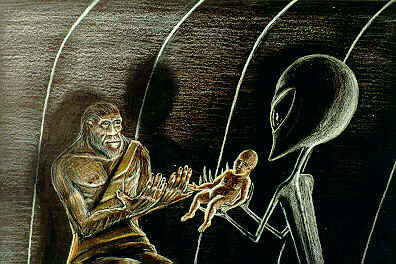 The possibility that Gods and Goddesses came here in ships from other places - such as Sumer, Draco, Mars, Orion, Sirius, among other planets in distance galaxies, to seed the human race, is as possible a scenario as any other, as the theory of evolution is debated in many circles at this time. The human race is a hybrid race as based on its DNA. It is a DNA experience in emotions and linear time.

I spent many years in the 1990's working with woman who say they have been abducted and sexually violated by aliens, usually the Gray race. I have worked with Budd Hopkins and many other well-known therapists and researchers who also hypnotize women to get to the truth behind all sorts of fears and panic attacks brought on by dreams - flashes of memory - and actual remembrances of being on board a space ship and being violated by aliens. Many of the woman have been left physically and psychologically damaged to the point that they had to have a hysterectomy and years of therapy. Many have had all of their eggs removed and harvested - as proven by tests taken after the abductions.

Of the women I have worked with and counseled, most were of sound mind and believed what they thought was a genuine physical abduction experience. Most had physical proof to back up their stories. None were substituting childhood sexual abuse with alien experiences. None were able to stop the abductions. Most reported that this was ongoing in their families. A few women felt the government was behind the abductions. Most had detailed information about the aliens - their brainwashing techniques - and how they were taken. Many women have memories of aliens at their window in the night - who take them through walls - to their space ship. Some of them could describe the ships and symbols they saw.

Most abductees are told that this is all about some greater plan in which they are involved and that one day they will understand and embrace. Maybe ... 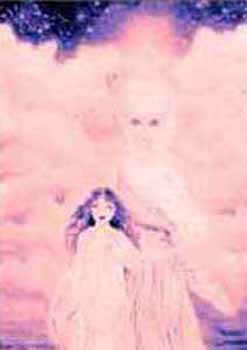