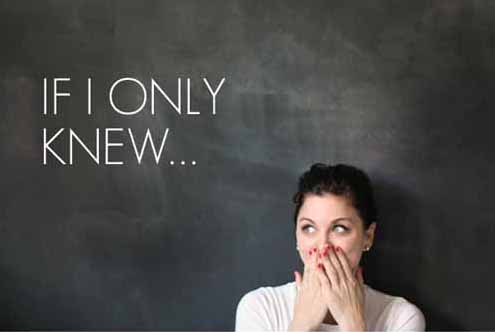 The events in our lives - for better or worse - are all set in motion by our souls for experience and further learning about emotions - action and reaction.

We learn from our mistakes ... at least some of the time.

We most regret putting emotional, spiritual and physical energy into something that we know from the beginning is doomed to failure.

Almost as equal on the balance scales of emotions are regrets due to lack of action or bad timing, which goes to self esteem issues, fear of failure as well as fear of success, a history of bad decision making, and often a lack of experience.

The most common regrets have to do with romance, family, education, career and finance.

We've all made mistakes and had regrets afterwards, concluding that it is all part of our learning lessons here and vowing to let go of the pain, anger and move forward - lesson learned. If we've hurt others, then regrets may be more power than if we hurt ourselves, (or the other way around) but none-the-less, we move on and get over it in time or wind up carrying our regrets with us forever. This generally goes to the person with emotional problems who dwells in issues until hopefully professional help is sought.

As you sit there - name 3 things that happened to you recently that you regret. Did you fix them? 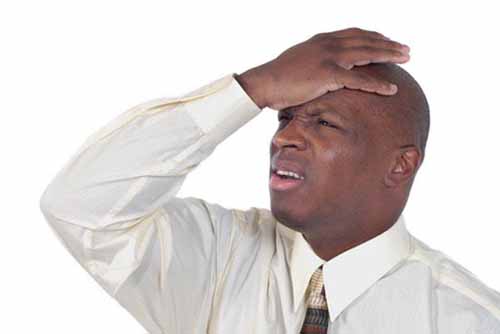 Regret is a negative conscious and emotional reaction to personal past acts and behaviors. Regret is often expressed by the term "sorry."

Regret is distinct from guilt, which is a deeply emotional form of regret - one which may be difficult to comprehend in an objective or conceptual way. In this regard, the concept of regret is subordinate to guilt in terms of its emotional intensity.

By comparison, shame typically refers to the social (rather than personal) aspect of guilt or (in minor context) regret as imposed by the society or culture (enforcement of ethics, morality), which has substantial bearing in matters of (personal and social) honor.

It is also distinct from remorse, which is a more direct and emotional form of regret over a past action that is considered by society to be hurtful, shameful, or violent. Unlike regret, it includes a strong element of desire for apology to others rather than an internal reflection on one's actions, and may be expressed (sincerely or not) in order to reduce the punishment one receives.

Regret can describe not only the dislike for an action that has been committed, but also, importantly, regret of inaction. Many people find themselves wishing that they had done something in a past situation.


While the common adage may encourage you not to dwell on the past, a new study finds that many harbor regrets, with romantic ones being particularly common.

But women outdid men in that category, with guys ranking work regrets above relationship ones, the researchers say.

The study involved 370 Americans who were asked to discuss a significant regret from their lives. The most common regrets had to do with romance, family, education, career and finance.

"Regret is a common part of our lives, and it's something that we see ... in people of all walks of life," said study researcher Neal Roese, a professor of marketing at the Kellogg School of Management at Northwestern University. But he said that regret could also be beneficial.

"The bad is obvious, but the good is it helps us put our lives together, helping us to put things into perspective," said Roese. With romantic regrets, he said, "It helps to recognize ideals and goals. ...You can channel it into a current relationship. You may see some kernel of insight you can implement in your current life."

Much of the research on regret is based on tests of college students, who are relatively inexpensive to compensate, simple to recruit and live on or near the campuses where the studies are done. In an attempt to get a better handle on regrets among the general public, this survey was done via phone to reach more diverse subjects.

Roese said that one finding in the current study that differed from past research was that romance, rather than education, was a primary source of regret.

"It does conform to a certain stereotype that we have, but it has been thought of for a long time that women are the keepers of relationships," said Roese. "That is an important element of their lives, and it makes sense that their regret would focus on failures to meet those ideals."

But the choice in what to discuss may have been impacted by the study method. "There's a general idea in research that women are more concerned with social relationships than men are. Men are more concerned with career and self-advancement," said Joachim Krueger, a professor of psychology at Brown University who has researched gender stereotypes, and was not involved in the current study.

Since the survey was done by phone and not in-person where participants might have opened up more, women may have felt a greater need to conform to societal expectations.

"There's nothing in this study that would allow us to unpack that, and that's a pity," said Krueger. "There's nothing to say if this is how people feel ... or an opportunity to present themselves as reasonable and dutifully moral."

Overall, there was little difference in whether people regretted inaction versus action. The major distinction had to do with time.

"Missed opportunities stick in our brains longer, and they bug us for a longer period of time," Roese said. "Whereas something you did do, you are bugged by that immediately, and then it dissipates, or goes away. You're more able to make peace with it than a missed opportunity."

Krueger said that may involve the fact that the time to make up for a missed opportunity diminishes as a person ages (and thus gets closer to death).

"As people grow older, there's just a greater accumulation of opportunities that are gone," he said. "Younger people still have the illusion there's time left and they can fix things."

The study, co-authored by Roese and Mike Morrison, a doctoral candidate in psychology at the University of Illinois at Urbana-Champaign will be published in a forthcoming issue of the journal Social Psychological and Personality Science.