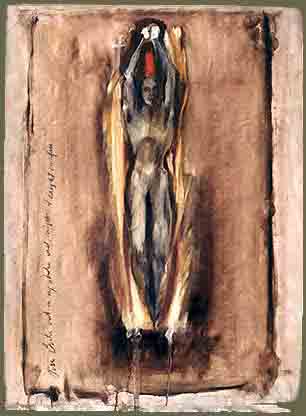 Omen, or portents, are signs encountered fortuitously that are believed to foretell the future. Their interpretation is a form of divination. Omens may be considered either good or bad depending on their interpretation. Black cats are considered bad omens in the United States, however in the United Kingdom they are considered also bad omens by superstitious. Shooting stars are generally good. Finding a coin may be either good or bad. In any case, omens indicate that changes may be coming, which is always cause for concern.

The augur and haruspex of Roman religion were professional readers of omens. The augurs tried to read the future in the flight of birds. The haruspex sought omens in the entrails of sacrificed animals. Apantomancy

In various forms of astrology both past and present, solar and lunar eclipses are thought to be omens for notable births, deaths, or other important world developments. The saying riding rims is also a form of a bad omen. They said it is to cause death. Princess Diana is sometimes cited as an example of such phenomena, due to solar and lunar eclipses occurring on or close to the day of significant events in her life, to include her wedding to Prince Charles on July 29, 1981 (solar eclipse), and the birth of her first child, Prince William, on June 21, 1982 (solar eclipse). Additionally, she was formally separated from Prince Charles on December 9, 1992, the day of a lunar eclipse, and was subsequently killed in a car crash in Paris, France, one day after a solar eclipse (August 31, 1997). More information can be found here.

Skeptics of astrology, and related fields of divination and clairvoyance, frequently contend that such occurrences are coincidence, and/or that meaningful events can only be associated with portents after they have already occurred, devaluating them as a means of prediction. There is significant and contentious debate on the topic even to this day.