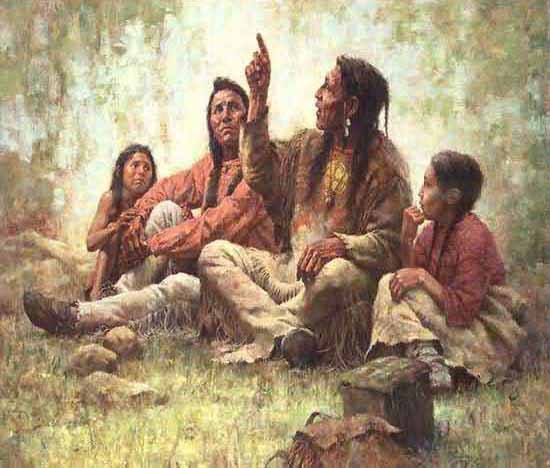 In ancient times, objects in the night sky conjured superstition and were associated with gods and religion. But the misunderstandings about meteors lasted longer than those of most celestial objects.

Meteorites (the pieces that make it to Earth) were long ago thought to be cast down as gifts from angels. Others thought the gods were displaying their anger. As late as the 17th Century, many believed they fell from thunderstorms (they were nicknamed "thunderstones"). Many scientists were skeptical that stones could fall from the the clouds or the heavens, and often they simply didn't believe the accounts of people who claimed to have seen such things.

In 1807, a fireball exploded over Connecticut, and several meteorites rained down. By then, the first handful of asteroids had been discovered, and a new theory emerged suggesting meteorites were broken bits off asteroids or other planets. (A theory that still holds.)

One of the most significant meteorite events in recent history destroyed hundreds of square miles of forest in Siberia on June 30, 1908. Across hundreds of miles, witnesses of the Tunguska event saw a ball of fire streak through the sky, suggesting the meteor entered the atmosphere at an oblique angle. It exploded, sending out hot winds and loud noises and shaking the ground enough to break windows in nearby villages. Small particles blown into the atmosphere lit the night sky for several days. No meteorite was ever found, and for years many scientists thought the devastation was caused by a comet. Now, the prevailing theory holds that a meteor exploded just above the surface.

The largest meteorite recovered in the United States fell in a wheat field in southern Nebraska in 1948. Witnesses saw a giant fireball in the afternoon that some said was brighter than the sun. The meteorite was found buried 10 feet deep in the ground. It weighed 2,360 pounds.

The most famous meteorite crater in the United States is misnamed Meteor Crater. It's in Arizona, and it's huge. The rim rises 150 feet from the surrounding plain, and the hole is 600 feet deep and nearly a mile wide. It was the first crater proved to be caused by a meteorite impact, which occurred between 20,000 and 50,000 years ago.

For decades astronomers have reaped the values of written records kept for over 2500 years in China and Europe. Eclipses, planets, and comets are mentioned and have brought about refinements to our current understanding of the long-term motion of these bodiesÜespecially for comets such as Halley and Swift-Tuttle. Several meteor showers have also been identified which brought about a better understanding of their evolution as well.

No other culture can provide comparable information as that gathered from the Chinese and European records, but this need not be a deterrent from learning about how other cultures felt about these moving bodies in the sky and one of the richest regions of meteor and comet lore in the world is North America.

During the last 15 to 20 years, archeoastronomy has uncovered much concerning the astronomical beliefs of native Americans. Unfortunately, the methods of keeping records of astronomical events were not as straight forward as those of the Chinese and Europeans, as there are no books lying around. Instead, the methods of record keeping included rock and cave drawings, stick notching, beadwork, pictures on animal skins and jars, and story tellingÜmost of which are not dateable. One of the few dateable events among the various records of native Americans was the 1833 appearance of the Leonid meteor shower. Historically recognized as one of the greatest meteor storms on record, it made a lasting impression among the peoples of North America.

The most obvious accounts of the Leonid storm appear among the various bands of the Sioux of the North American plains. The Sioux kept records called "winter counts," which were a chronological, pictographic account of each year painted on animal skin. In 1984, Von Del Chamberlain (Smithsonian Institution) listed the astronomical references for 50 Sioux winter counts, of which 45 plainly referred to an intense meteor shower during 1833/1834. In addition, he listed 19 winter counts kept by other plains Indian tribes, of which 14 obviously referred to the Leonid storm.

The Leonids also appear among the Maricopa, who used calendar sticks with notches to represent the passage of a year, with the owner remembering the events. The owner of one stick claimed records had been kept that way "since the stars fell." The first notch on his stick represented 1833.

Story telling was a very important method of record keeping among most native Americans and several seem to have been influenced by the Leonids of 1833. A member of the Papago, named Kutox, was born around 1847 or 1848. He claimed that 14 years prior to his birth "the stars rained all over the sky."

A less obvious Leonid reference may exist in the journal kept by Alexander M. Stephen, which detailed his visit with the Hopi Indians and mentions a talk he had with Old Djasjini on December 11, 1892. That Hopi Indian said "How old am I? Fifty, maybe a hundred years, I can not tell. When I was a boy of so big (eight or ten years) there was a great comet in the sky and at night all the above was full of shooting starsÜah! that was a very long time ago, maybe a hundred years, maybe more." During the probable lifetime of Old Djasjini there was never a "great comet" and a sky full of meteors in the same year, but he might be referring to two separate events such as the sungrazing comet 1843 I and the great Leonid storm of 1833, both of which occurred early in his life.

The Pawnee have a story about a person known as Pahokatawa, who was supposedly killed by an enemy and eaten by animals, but then brought back to life by the gods. He was said to have come to Earth as a meteor and told the people that when meteors were seen falling in great numbers it was not a sign that the world would end. When the Pawnee tribe witnessed the time "the stars fell upon the earth," which was in 1833, there was a panic, but the leader of the tribe spoke up and said, "Remember the words of Pahokatawa" and the people were no longer afraid.

Although the Pawnee learned not to be afraid, there were native Americans who feared meteors. Why such beliefs came about is almost impossible to guess, but some of the best examples are as follows: