Reality is about Time and your perception of it.

We spend much of our time in third dimension in Waiting Mode, waiting for the NOW! Many souls now wait for the greatest challenge of all, something we sense is going to happen but we do not know when.

Linear Time can be very frustrating, but must be treated with respect and understanding while we are in a physical body.

There appear to be two groups of people, those who have a good sense of timing and are planners, generally prepared for most contingencies, and those who tend to run late for just about everything and have to rush at the last minute to get things done.

The second group are chronically late and can be called Time Bandits. A Time Bandit is someone who has questionable and even faulty conceptions of time commitments, scheduling and time management. Many people in this category think nothing about being late.

Differences in pace often have their roots in deeply ingrained habits and attitudes of a specific culture itself. Certain cultures appear to be chronically laid back and late, while others, such as those in big cities who have schedules to complete are usually 'time aware.'

My friend Paul in Hawaii says that things there are so laid back, they say, "Why do it today, when we can do it tomorrow." He calls it lazy thinking. I live in fast paced New York City where we tend to plan ahead and say, "I finished it yesterday!" I love the pace of the city and its time lines.

This remind me back of my college years and teacher-planning days. My papers were always done well in advance, in case something got in the way. I do not put things off. I am not a 'lazy thinker'. My energy levels are very high, up, and positive. I plan my time and use it efficiently. Every day new things happen in my life, as I attract them, on TIME. I am ever-ready!

Some people enjoy the adrenaline rush of cutting things close with dead lines.

Drama people are often chronically late. Sometimes they just seek the reaction of those waiting for them. A quick apology and they feel free of guilt or the frustration of those who they have kept waiting. They get noticed, but people will be annoyed with for taking up their time.

Every time you are late, you are causing anxiety for others.

Others do not know how to coordinate their time, or tend to over-extend themselves, committing to more things than they can handle. They underestimate how much time things take to complete. They are generally surprised when things do not get completed on time, or become overwhelmed when things do not unfold perfectly. Poor planning.

In all projects, in most things we do in life, we have obstacles and delays, things go wrong. One must factor these into the equation when planning any project. In the nature of the game of 3D, things change and the end result will vary from that which was originally set up. This involves more time spent in planning, again. Allow for changes.

Using an alarm, on your wrist watch, or other device, can help you pace yourself.

Those not emotionally balanced 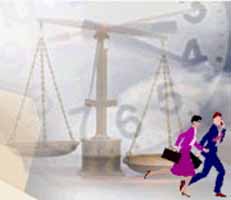 often have a poor sense of timing.

People with Attention Deficit Disorder (ADD), and the like, may have problems coordinating time.

People on medication for mental disorders may also have problems getting started and thinking clearly, especially if they are depression and unable to motivate themselves to do anything.

This is also true of those who drink and do drugs, as judgment is impaired. Allow for that when making plans with these people or take them out of your life completely.

Then we have the Day and the Night People....each group performing best based on their biological clock. Night people, often can't sleep, and find it difficult to do things in the morning, yet alone be on time and prepared.

If you are a person who thinks they can multi-task and do a great job at more than one think at a time, think again. Much of what you are doing will suffer, and will delay. As a result you will not be able to meet deadlines and will be late for me things, disappointing others. Set new priorities.

Some people do not care if they are late. They expect the world to understand that they are busy, or that this is their pattern. Actually this group of people generally have a pattern of their own when it comes to being late. They may always by 30 minutes, or one hour late, so those who are on time have to adjust and invite them one hour earlier, just don't tell them you are doing that.

Then you have the flip side, those who are never late, which is where I fit in. I have an unbelievable sense of time. I am never late, am generally a few minutes early, but for the most part arrive exactly when I have to. As I am a busy person, I have no patience for those who are late, and get really annoyed, and hate to wait. If I am delayed due to emergency, I will call ahead. Now that most people have cell phones, staying in touch when you have to meet somebody becomes much easier.

Do I get annoyed with people who are late? Depends who and what is happening, but YES. I don't wait if someone is very late and doesn't call me on my cell phone to explain. The way I see it, I could have used that time to do other things than just stand /sit there and wait.

Metaphysically Speaking....Can you ask you guides to help you with time scheduling? Yes. They will work with you to get things done most efficiently, if you learn to make the 'quick connection'. High functioning people have a perfect sense of timing and awareness of what is going on. It is as if that 'little voice' inside them is guiding them. They generally pay attention to what is going on, above and below, though they may not realize it. When they are making plans, and you see from the expression on their face, that they are connecting with that which is about, to get the answer. It is that split-second thing they do that guides their direction.

Do you take on too many projects? With changes in the energy fields, which effect all of your subtle bodies , you will break down and get sick, or have an accident. Be focused. People get very tired these days, more so than ever before.

I have been told that certain astrological signs tend to run late. I forget which group that refers to. Libra?

My clients tends to be punctual. I have a waiting room for those who arrive early or come with another person. The most interesting pattern for me occurs during Mercury Retrogrades when many people come early. I have had people arrive as much as one hour early. I don't even have to know when retrograde starts .... people just start coming early. Early is good, but too early is another issue.

Reality is about finding out more about yourself, your issues, and how you function best in this concept called 'Time'.

If you respect others, and yourself, being on time is part of the equation. It always comes down to respect and understanding.

Are you chronically late? Examine your patterns to find out why. Are you trying to prove something to somebody? To yourself? In the long run, does it matter?

There are endless excuses for chronic lateness but few good reasons. You must correct this pattern but planning accordingly.

Do you need to keep a journal of your daily activities, a Day Planner, to find out the right pace for your body, mind, and soul?

Try to handle Pace with Grace. Read a book to help you make the best of your time here.

Speaking of time, Sarah Manning finds herself racing against time to stop a time loop in this fast paced adventure novel with a metaphysical twist or two... She can't be late.....