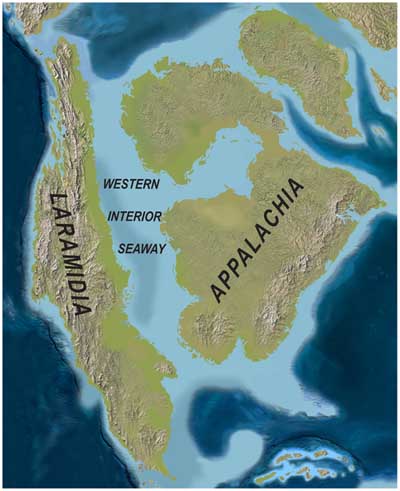 Laramidia is a name coined by J. David Archibald in 1996 to describe an island continent that existed during the Late Cretaceous period, when the Western Interior Seaway split the continent of North America in two. Two landmasses existed: the eastern one is called Appalachia; Laramidia is the name given to the western landmass.

Since the two landmasses were separated geographically, the fauna on each of them was quite different. For example, the armor-plated nodosaurs were relatively abundant in Appalachia. However, in Laramidia, they were rare and there were only specialized forms, such as Edmontonia and Panoplosaurus.

Laramidia is very rich in dinosaur fossils, so we know that the American West was home to one of the most diverse dinosaur faunas anywhere in the world. Tyrannosaurs, dromaeosaurids, troodontids, hadrosaurs, ceratopsians (including kosmoceratops, utahceratops), pachycephalosaurs, and titanosaur sauropods are some of the dinosaur groups that lived on this landmass.

Laramidia was made up of the region from Alberta, Canada, to New Mexico, which includes the U.S. states of Montana, Wyoming, Utah, New Mexico, Alaska, western Texas, and also the Canadian provinces of Alberta and Saskatchewan. 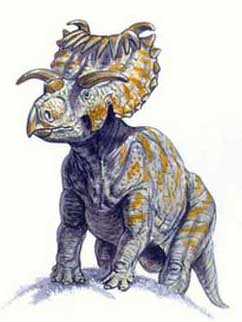 Scientists have unearthed two new species of giant plant-eating horned dinosaurs in southern Utah, US. The creatures lived on the "lost continent" of Laramidia in the Late Cretaceous period, some 68 to 99 million years ago. Laramidia was formed when a shallow sea flooded part of what is now North America and divided the continent in two.