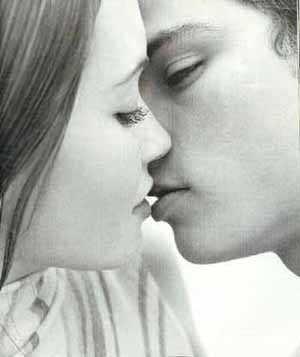 There is much to write about a kiss including love, passion, affection, peace, respect, friendship, or greeting. In some situations a kiss is a ritual, formal or symbolic gesture indicating devotion, respect, or sacrament. A kiss is an intimate moment that makes a statement and can have many levels of expression. One can kiss a ... person, object, or blow a kiss into the air, because everything is energy. A kiss connects people's grids, aligning their consciousness if only for a moment. Kissing makes a statement in the arts and literature. Most people remember their first romantic kiss as it is about feeling and we are here to experience emotions. The stronger the emotions at the time of the kiss, the more memorable and meaningful. The candy kiss is connected with the high we get from chocolate. So how far back in history does kissing go? As we express ourselves orally - (talking, kissing, other) - I would say it dates back to the beginning.


History of the Kiss


Anthropologists are divided into two schools on the origins of kissing, one believing that it is instinctual and intuitive and the other that it evolved from what is known as kiss feeding, a process used by mothers to feed their infants by passing chewed food to their babies' mouths. Cesare Lombroso, Italian criminologist, physician and founder of the Italian School of Positivist Criminology, supported this idea.

The Vedic texts of ancient India dating 1500 B.C. talk about rubbing noses together. More than two millennia ago, the epic poem Mahabharata mentioned mouth-to-mouth kissing. There is a theory that it originated in India, though the Mahabharata was not written until much later.

The earliest known written reference to kissing was in the Song of Songs, from the Old Testament:

May he kiss me with the kisses of his mouth,
for your love is better than wine.

The Romans helped to spread the habit to most of Europe and north Africa. The Romans were passionate about kissing and talked about several types of kissing. Kissing the hand or cheek was called a baseum. Kissing on the lips with mouth closed was called an osculum, which was used between relatives. A kiss of passion was called a saveum.

Kissing was not always an indication of eros, or love, but also could show respect and rank as it was used in Medieval Europe.

The study of kissing started some time in the nineteenth century and is called Philematology, which has been studied by by people including Cesare Lombroso, Ernest Crawley, Charles Darwin, Edward Burnett Tylor and modern scholars such as Elaine Hatfield.

There are also spiritual kisses, as in Canticles 1:2; sensual kisses, as in Proverbs 7:13; and hypocritical kisses, as in 2 Samuel 15:5. It was customary to kiss the mouth in biblical times, and also the beard, which is still practiced in Arab culture. Kissing the hand is not biblical, according to Tabor. The kiss of peace was an apostolic custom, and continues to be one of the rites in the Eucharistic services of Roman Catholics.

In the Roman Catholic Order of Mass, the bishop or priest celebrant bows and kisses the altar, reverencing it, upon arriving at the altar during the entrance procession before Mass and upon leaving at the recessional at the closing of Mass; if a deacon is assisting, he bows low before the altar but does not kiss it.

Among primitive cultures it was usual to throw kisses to the sun and to the moon, as well as to the images of the gods. Kissing the hand is first heard of among the Persians. According to Tabor, the kiss of homage - the character of which is not indicated in the Bible - was probably upon the forehead, and was expressive of high respect.

In Ancient Rome and some modern Pagan beliefs, worshipers, when passing the statue or image of a god or goddess, will kiss their hand and wave it towards the deity (adoration).

The holy kiss or kiss of peace is a traditional part of most Christian liturgies, though often replaced with an embrace or handshake today in Western cultures.

In the gospels of Matthew and Mark (Luke and John omit this) Judas betrayed Jesus with a kiss: an instance of a kiss tainted with betrayal. This is the basis of the term "the kiss of Judas".

Eastern Orthodox and Eastern Catholic Christians often kiss the icons around the church on entering; they will also kiss the cross and/or the priest's hand in certain other customs in the Church, such as confession or receiving a blessing.

Hindus sometimes kiss the floor of a temple.

Local lore in Ireland suggests that kissing the Blarney Stone will bring the gift of the gab.

Jews will kiss the Western wall of the Holy Temple in Jerusalem, and other religious articles during prayer such as the Torah, usually by touching their hand, Tallis, or Siddur (prayerbook) to the Torah and then kissing it. Jewish law prohibits kissing members of the opposite sex, except for spouses and certain close relatives.

Muslims may kiss the Black Stone during Hajj (pilgrimage to Mecca).


Ancient Kissing Wasn't Just for Valentines, Expert Says   National Geographic - February 14, 2009
This Valentine's Day, a kiss is still a kiss. But for the ancient Greeks and Romans the juicy gesture meant much more than physical attraction. In fact, most kissing in that period was to express deference and not romance


Saliva: Secret Ingredient in the Best Kisses   Live Science - February 13, 2009
Go ahead. Kiss the girl. And you might make it a wet one, because scientists who are starting to understand the biochemistry of kisses say that saliva increases sex drive. Those in the kissing-science field of philematology are finding links between kissing and the hormones that affect coupling, researchers said here today at the annual meeting of the American Association for the Advancement of Science (AAAS). And these hormones are one of the keys to our reproductive success, so there's a link to evolution and passing on our genes to the next generation. 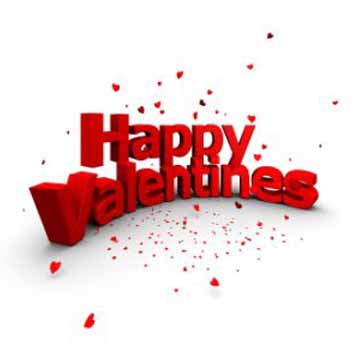 
THE POWER OF A HUG