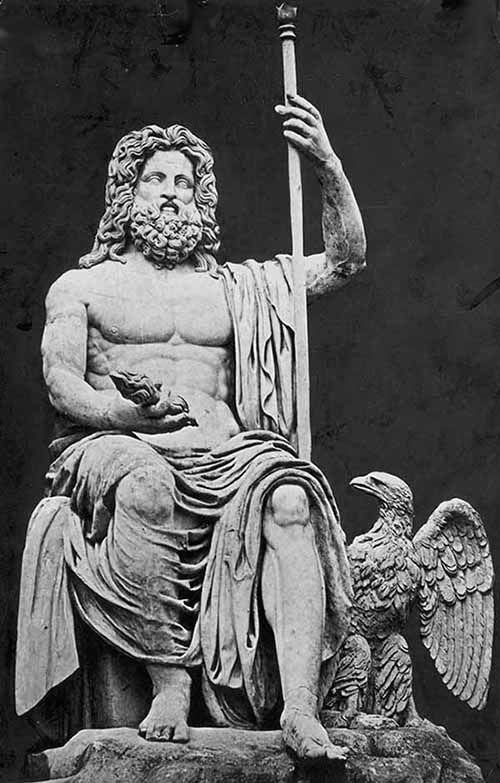 Jupiter is the supreme god of the Roman pantheon, called dies pater, "shining father". He is a god of light and sky, and protector of the state and its laws. He is a son of Saturn and brother of Neptune and Juno (who is also his wife).

The Romans worshipped him especially as Jupiter Optimus Maximus (all-good, all-powerful). This name refers not only to his rulership over the universe, but also to his function as the god of the state who distributes laws, controls the realm and makes his will known through oracles. His English name is Jove.

His temple was not only the most important sanctuary in Rome; it was also the center of political life. Here official offerings were made, treaties were signed and wars were declared, and the triumphant generals of the Roman army came to give their thanks.

Other titles of Jupiter include: Caelestis (heavenly), Lucetius (of the light), Totans (thunderer), Fulgurator (of the lightning). As Jupiter Victor he led the Roman army to victory. Jupiter is also the protector of the ancient league of Latin cities. His attribute is the lightning bolt and the eagle is both his symbol and his messenger.

The Romans regarded Jupiter as the equivalent of Greek Zeus, and in Latin literature and Roman art, the myths and iconography of Zeus are adapted under the name Iuppiter. In the Greek-influenced tradition, Jupiter was the brother of Neptune and Pluto. Each presided over one of the three realms of the universe: sky, the waters, and the underworld. The Italic Diespiter was also a sky god who manifested himself in the daylight, usually but not always identified with Jupiter. Their Etruscan counterpart was Tinia.

It was once believed that the Roman god Jupiter (Zeus in Greece) was in charge of cosmic Justice, and in ancient Rome, people swore to Jove in their courts of law, which lead to the common expression "By Jove," that many people use today. Read more 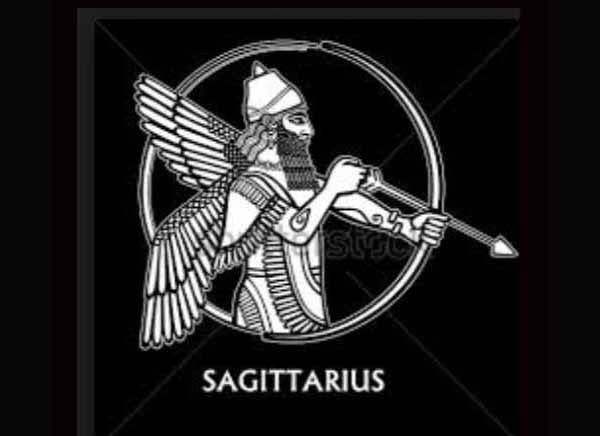 Sagittarius is a mutable fire sign ruled by Jupiter.

In Roman mythology, Jupiter held the same role as Zeus in the Greek pantheon. Zeus is Z aka Zoroaster which takes us to the Anunnaki, Thoth, and others including Jesus depending on which storyline (myth) you are referencing. One soul played all the roles even the female ones.