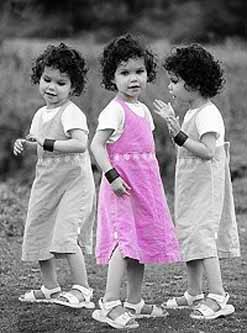 Most children have the ability to see beyond physical reality, especially in infancy. It all goes to conscious awareness at different ages and stages of development. As reality is consciousness, then any and all things perceived are real somewhere in the illusion of time. 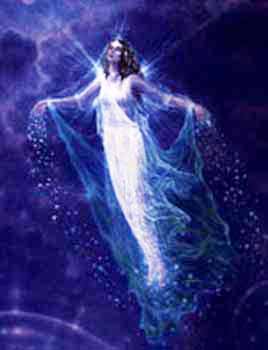 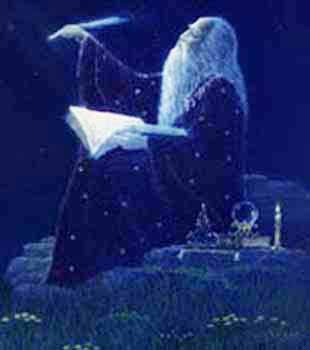 Some of us even have imaginary friends even as adults -- we call them spirit guides, angels, aliens, or ghosts - and generally consider them real somewhere. They often enrich our experience here. If not, time to get professional help. We connect frequencies during meditation, yoga, any out of body experience, dreams, when using tools of divination, or any time we 'tune up' for answers above physical reality. The more often you dialogue, the better you get. This also falls under the pseudoscience heading of channeling.

In my line of work, as a psychic and medium, I talk to spirits all day long. You could call them imaginary, but somewhere out there, not in my imagination, they exist as projected illusion, much as we are - along with the imaginary characters created by us and the grids in which we experience.


It's interesting to watch an infant's eyes as they follow something/someone in the room that is not physically seen by anyone else. Infants often laugh and respond to whatever they are seeing which may be the spirit of the person who guided their soul into physical reality and is familiar. 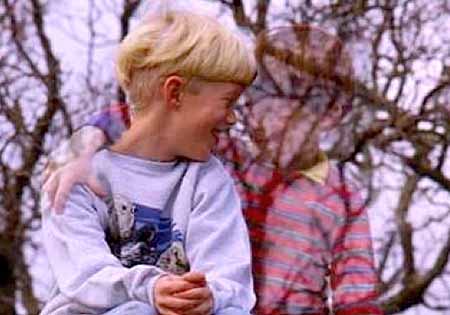 These 'imaginary friends' actually communicate with the child. Some are siblings yet to be born or other family members who have crossed. Children are usually very specific and correct in their description of these entities. Other spirit friends simply live in other realities or frequencies in the illusions of time and space.

In an interview with school aged children five to eleven years - all said that their imaginary friends were important and why they were special to them making the imaginary friends a positive feature in a childŐs life. They provide fun, entertainment, adventures and games. They are often good, kind and helpful friends, good at listening and always available.


Some imaginary friends are not always co-operative or friendly, this however seems to make them more real and interesting to the child and sometimes helps them to express their feelings when there has been a problem.

Generally the imaginary friend/friends are harmless and the interaction ends as they child's physical consciousness slows down and gradually creates a pattern of returning to the physical body and staying at a lower level of frequency in order to function/perform their daily tasks in physical reality. The older you get, the more focused in physical reality your conscious awareness becomes.

If the young child, generally below the age of 5, is having fun with the imaginary friend they are attracting, then things are positive. If the child is apprehensive or displays fear, professional help may be needed for the child.

Imaginary friends can also be animals.


Imaginary friends and imaginary companions are a psychological and social phenomenon where a friendship or other interpersonal relationship takes place in the imagination rather than external physical reality. Imaginary friends are fictional characters created for improvisational role-playing. They often have elaborate personalities and behaviors. They seem real but are ultimately unreal to their creators, as shown by studies.

Imaginary friends are made often in childhood, sometimes in adolescence, and rarely in adulthood. They often function as tutelaries when played with by a child. They reveal, according to several theories of psychology, a child's anxieties, fears, goals and perceptions of the world through that child's conversations. They are, according to some children, physically indistinguishable from real people, while others say they see their imaginary friends only in their heads.

It has been theorized that children with imaginary companions may develop language skills and retain knowledge faster than children without them, which may be because these children get more linguistic practice while carrying out "conversations" with their imaginary friends than their peers get.

A long-time popular misconception is that most children dismiss or forget the imaginary friend once they begin school and acquire real friends. According to one study, by the age of seven, sixty-five percent of children report that they have had an imaginary companion at some point in their lives.

Dr Louise Newman, a child psychiatrist and the director of the New South Wales Institute of Psychiatry, says the study confirms what has long been suspected. But she says further research needs to look at the psychological and emotional function of imaginary friends. Newman says while some imaginary friends function as sort of "super peers" or the "perfect playmate" they can also be a sign of emotional disturbance. "There are some cases in which children have those companions because they might be lonely, distressed or unable to put into words things that are concerning them," she says. "Some friends ... can be quite persecutory or frightening, they might torment the child, or express doubts, tell them they're stupid or bad." Newman says while imaginary friends are quite common in younger ages, they are more likely to be associated with emotional or family problems in children over the age of about seven.

Most children grow out of imaginary friends, Newman says. But in some cases an imaginary friend can emerge in adulthood, usually in response to trauma, inability to cope with stress and sometimes psychotic illness. In rare cases some adults develop what's known as Doppelganger syndrome, which occurs when they believe a twin or invisible friend accompanies them.

Other people believe in angels and guardian angels, and they don't think there's anything out of the ordinary about that, she says. Bouldin says her study suggests children with imaginary friends can readily access fantasy themes and may develop sophisticated information processing skills. But she says it could also be that children with imaginary friends are simply more willing to discuss their fantasies than those without.