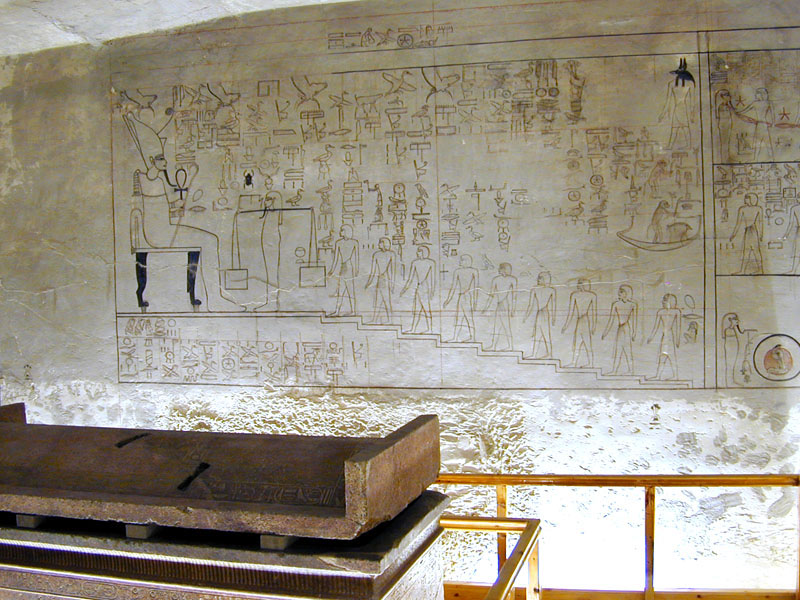 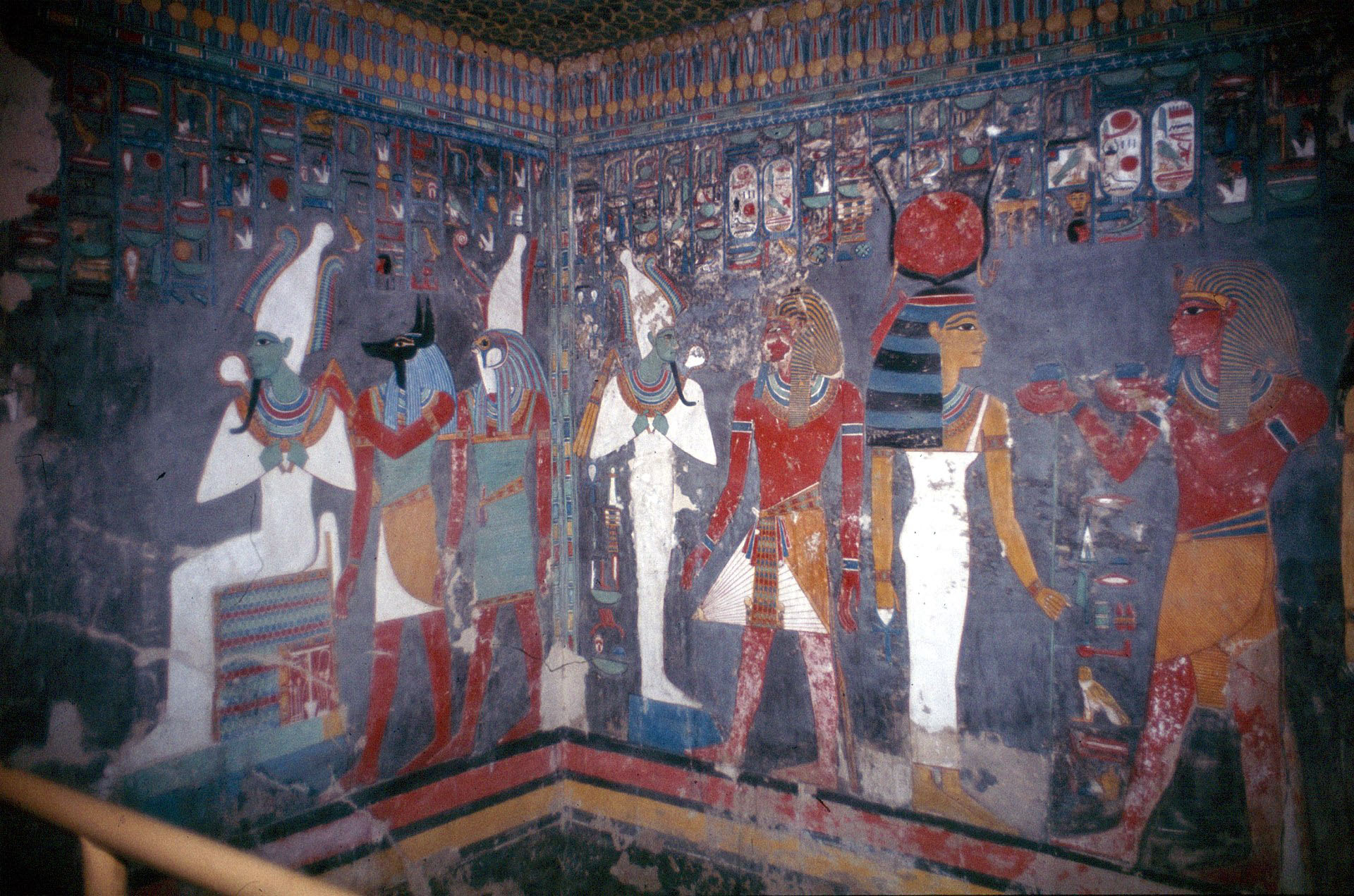 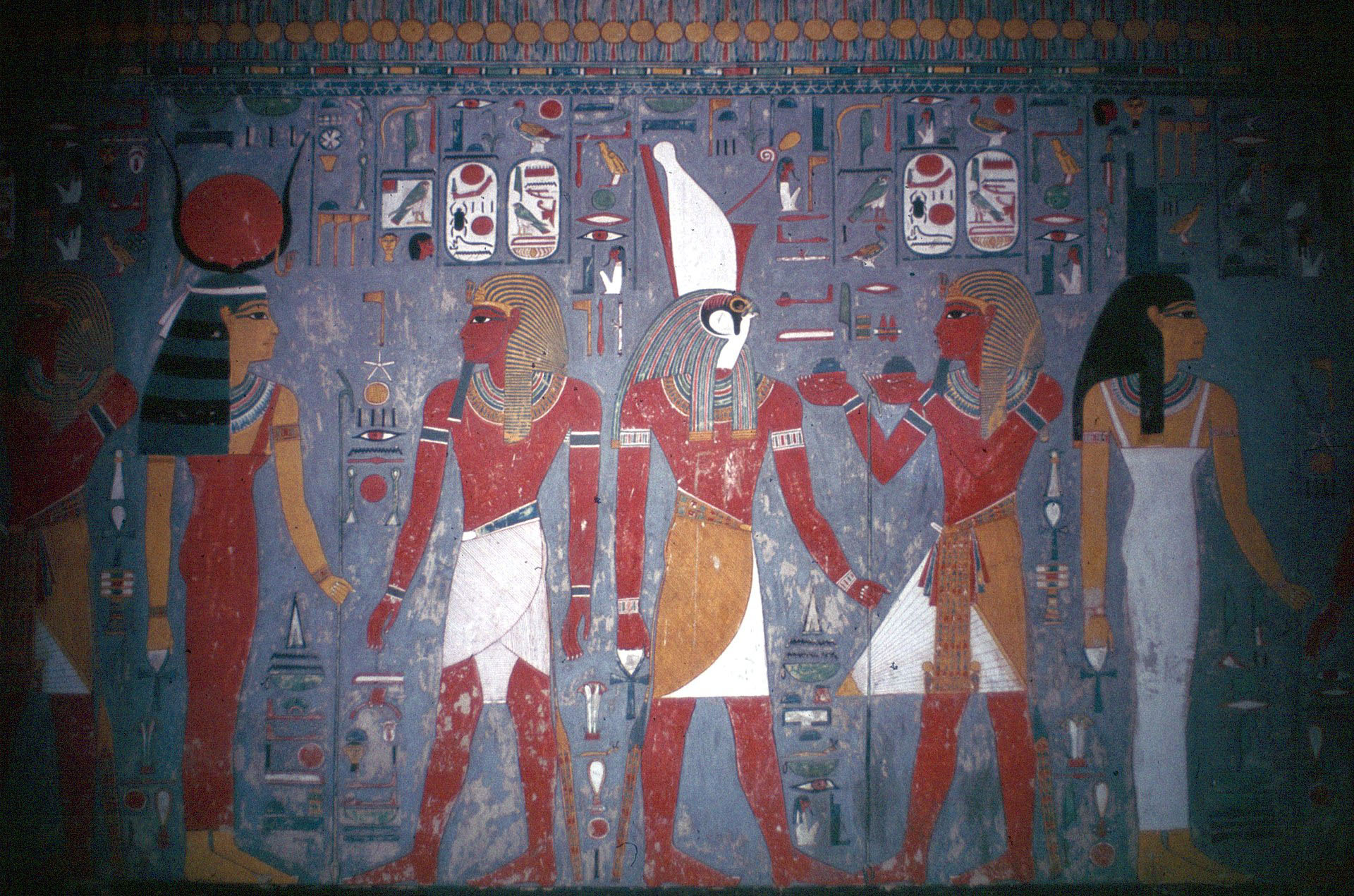 Horemheb, also spelled Horemhab or Haremhab was the last pharaoh of the 18th Dynasty of Egypt. He ruled for 14 years somewhere between 1319 BC and 1292 BC. He had no relation to the preceding royal family other than by marriage to Mutnedjmet, who is thought (though disputed) to have been the daughter of his predecessor Ay; he is believed to have been of common birth.

Before he became pharaoh, Horemheb was the commander in chief of the army under the reigns of Tutankhamun and Ay. After his accession to the throne, he reformed the Egyptian state and it was under his reign that official action against the preceding Amarna rulers began. Due to this, he is considered the ruler who restabilized his country after the troublesome and divisive Amarna Period.

Horemheb demolished monuments of Akhenaten, reusing the rubble in his own building projects, and usurped monuments of Tutankhamun and Ay. Horemheb presumably had no surviving sons, as he appointed his vizier Paramesse as his successor, who would assume the throne as Ramesses I.

He later began construction on a tomb in the Valley of the Kings.

The Tomb of Horemheb is in the necropolis of Saqqara, south of the Step Pyramid. Horemheb was general under both Tutankhamun (c.1332-1322 B.C.E.) and Ay (c.1322-1319 B.C.E.). This tomb was under construction when he succeeded Ay as king.

He later began construction on a tomb in the Valley of the Kings.

This round-topped stela in the forecourt has a winged sun disk spreading its protection over the scene below. Horemheb offers to Maat, Thoth, and Re-Horakhty. Horemheb's linen garment flares beyond his arms and legs as he bows and raises his arms in reverence before the deities. The depiction of his body reveals the continuing influence of the naturalistic Amarna style. Notice his rolls of flesh, round belly, and thin limbs.

The hieroglyphs on this stela are beautifully executed and indicative of the flexibility of the written language. Above and within the figures are vertical columns of hieroglyphs to be read from right to left. The direction to read is determined by which way the birds' / animal's / humans' face. The horizontal lines of hieroglyphs below the scene are also to be read from right to left and consist of an adoration of the setting sun.


The Memphite Tomb of Horemheb is located in the Saqqara necropolis, near Memphis, Egypt. It was constructed before Horemheb ascended to the throne and was never used for his burial, since he later built the Theban tomb KV57 for this purpose. His two wives Mutnedjmet and Amenia were buried within the structure.

The tomb was discovered by art robbers at the beginning of the 19th century. Looted reliefs were acquired by a number of European and American museums. The tomb's location was then lost, it was relocated in 1975 and excavated in 1979.

The tomb was built in three phases, as Horemheb's status rose. The first design consisted of an entry pylon into forecourt, a colonnaded court containing the burial shaft and three chapels or offering rooms. Intrusive burials were found in the side chapels. The forecourt was then walled to produce two small chapels, one at each side. They were entered by two new piercings through the pylon. A new walled forecourt was constructed in front of the pylon. To make this extension a 5thĐ6th Dynasty mastaba was demolished and the burial shaft with a burial chamber some 17m below incorporated into the new forecourt. Burials from the 19th Dynasty were found at 9m depth. Finally the forecourt was closed by a pylon some 7m high and colonnaded to form the first peristyle open court. The narrowed original forecourt was covered with a vaulted roof and contained statues while the chapels became storage rooms.

Military scenes were carved on the original peristyle court and scenes showing Horemheb's duties in office on the walls of the later, first peristyle open court including one where he deputised for Tutankhamun on the north wall. On the North wall are scenes from the funeral, showing kiosks with smash pots and mourners. Only the lowest register is well preserved. From the next register above only the legs of horses and the wheels of chariots are visible. On the east wall, on the north side are shown houses. The wall is in general only badly preserved.

Careful inspection shows that the uraei were added to the images after Horemheb became Pharaoh. 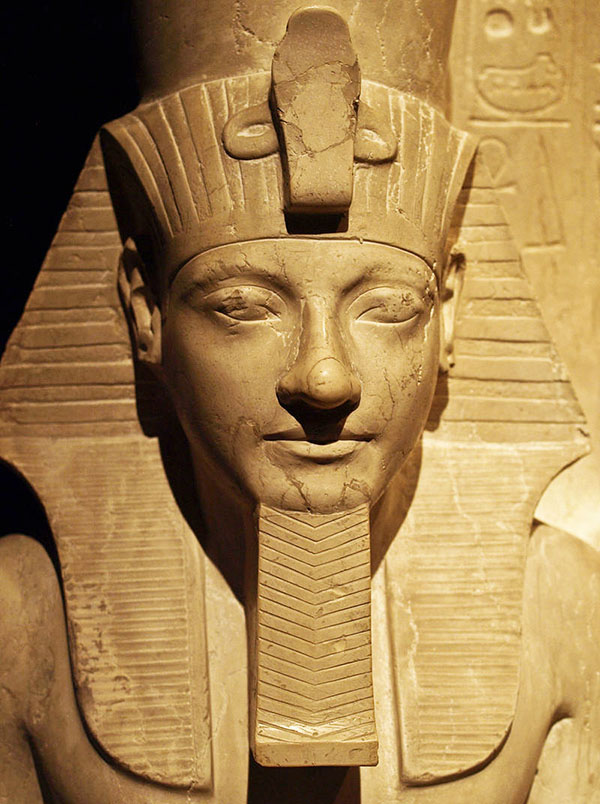