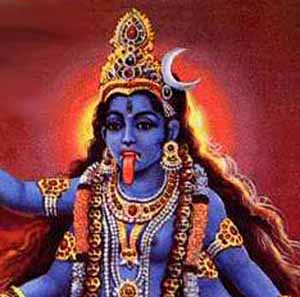 In the "Brahma-Vaivarta Purana", Lord Krishna tells Ganga Devi that a Golden Age will come in the Kali Yuga - one of the four stages of development that the world goes through as part of the cycle of eras, as described in Hindu scriptures. Lord Krishna predicted that this Golden Age will start 5,000 years after the beginning of the Kali Yuga, and will last for 10,000 years.

Yuga in Hindu philosophy is the name of an 'epoch' or 'era' within a cycle of four ages. These are the Satya Yuga (or Krita Yuga), the Treta Yuga, the Dvapara Yuga and finally the Kali Yuga. According to Hindu cosmology, life in the universe is created, destroyed once every 4.1 to 8.2 billion years, which is one full day (day and night) for Brahma. The lifetime of a Brahma himself may be 311 trillion and 40 Billion years. The cycles are said to repeat like the seasons, waxing and waning within a greater time-cycle of the creation and destruction of the universe. Like Summer, Spring, Winter and Autumn, each yuga involves stages or gradual changes which the earth and the consciousness of mankind goes through as a whole. A complete yuga cycle from a high Golden Age of enlightenment to a Dark Age and back again is said to be caused by the solar system's motion around a central sun. 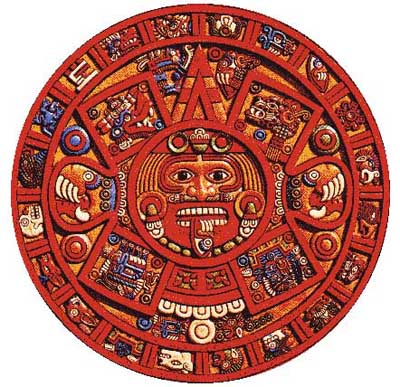 It is interesting that this prediction of the emergence of a new world is prophesied to appear about the same time that the Mayans predicted it to come. The Mayan calendar began with the Fifth Great Cycle in 3114 BC and will end on December 21, 2012 AD. The Hindu Kali Yuga calendar began on 18 February 3102 B.C. There is only a difference of 12 years between the Hindu's beginning of the Kali Yuga and the Mayan's beginning of the Fifth Great Cycle.

The Golden Age Could Begin in 2012

The ancient Hindus mainly used lunar calendars but also used solar calendars. If an average lunar year equals 354.36 days, then this would be about 5270 lunar years from the time when the Kali Yuga started until 21 Dec 2012. This is the same year that the Mayans predict rebirth of our planet. It is also about 5113 solar years of 365.24 days per year, and is day number 1,867,817 into the Kali Yuga. By either solar or lunar years, we are over 5,000 years into the Kali Yuga and it is time for Lord Krishna's prophecy to happen according to the ancient Hindu scriptures. Lord Krishna's Golden Age could easily begin in 2012!

It is amazing that both calendars began at about the same time over 5,000 years ago and both calendars predict a totally new world and/or golden age after about 5,000 years into their calendars! We are definitely on to something with these Mayan and Hindu 2012 predictions. Historically, this is an amazing fact since these two ancient cultures did not have any contact.

The end of Kali Yuga occurs "When flowers will be begot within flowers, and fruits within fruits, then will the Yuga come to an end. And the clouds will pour rain unseasonably when the end of the Yuga approaches." 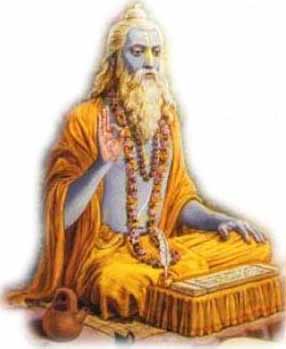 Apocalypse for the Hindu is the natural ending of the world in the fourth age, the Kali Age.

This refers to one of a series of apocalypses, each of which marks the end of one cycle and the beginning of another creation. The central figure in the story is Vishnu, the preserver God, into whose self the world is absorbed before being born again.

Vishnu has already saved humanity on a number of occasions, symbolically appearing as a savior in many different forms. It is said that He will appear again soon, as Kalki, a white horse, destined to destroy the present world and to take humanity to a different, higher plane.

All kings occupying the earth in the Kali Age will be wanting in tranquillity, strong in anger, taking pleasure at all times in lying and dishonesty, inflicting death on women, children, and cows, prone to take the paltry possessions of others, with character that is mostly vial, rising to power and soon falling.

They will be short-lived, ambitious, of little virtue, and greedy. People will follow the customs of others and be adulterated with them; peculiar, undisciplined barbarians will be vigorously supported by rulers. Because they go on living with perversion, they will be ruined.

Quarrels, plague, fatal diseases, famines, drought, and calamities appear. Testimonies and proofs have no certainty. There is no criterion left when the Kali Age settles down.

They are wicked, full of anger, sinful, false, and avaricious.

Many sudras will become kings, and many heretics will be seen.

Many profess to have supreme knowledge because, thereby, they will easily earn their livelihood.

In the Kali Age, there will be many false religionists.

Everyone will be miserable owing to the dominance of vice and Tamoguna.

Earth will be valued only for her mineral treasures.

Power will be the sole definition of virtue.

Pleasure will be the only reason for marriage.

Lust will be the only reason for womanhood.

Falsehood will win out in disputes.

Being dry of water will be the only definition of land.

Praise worthiness will be measured by accumulated wealth. I

Propriety will be considered good conduct, and only feebleness will be the reason for unemployment.

Boldness and arrogance will be equivalent to scholarship.

Only those without wealth will show honesty.

Just a bath will amount to purification, and charity will be the only virtue.

Abduction will be marriage.

Simply to be well dressed will signify propriety.

Any hard-to-reach water will be deemed a pilgrimage site.

The pretense of greatness will be the proof of it, and powerful men with many severe faults will rule over all the classes on Earth.

Oppressed by their excessively greedy rulers, people will hide in valleys between mountains, where they will gather honey, vegetables, roots, fruits, birds, flowers and so forth.

Suffering from cold, wind, heat and rain, they will put on clothes made of tree bark and leaves.

And no one will live as long as twenty-three years.

Thus in the Kali Age humankind will be utterly destroyed.