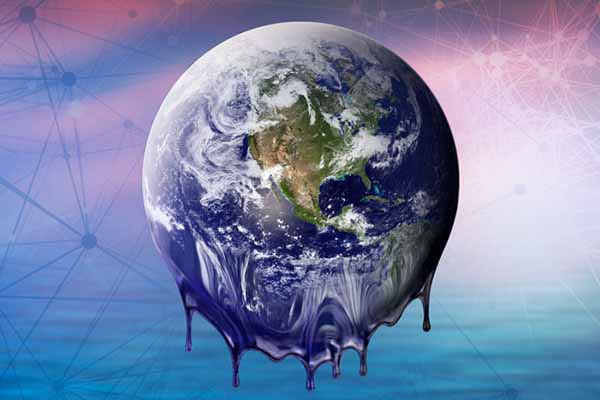 2020 - There can be no doubt that planet Earth is warming up - each year setting new records and seeing the repercussions of global warming from increasing wild fires to extreme temperatures. It is all part of accelerating Earth changes that lead up to closure in the simulation of reality.

Alongside climate change we also find an increase in natural disasters - destruction of the tectonic plates, increase in earthquake activity, active volcanoes with more to come. There is no going back. Some believe this is the natural cycles of Earth history while others have different theories border lining on pseudoscience and science fiction. 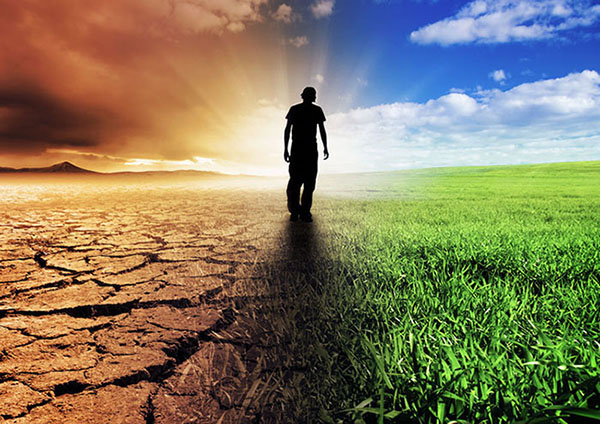 Global warming and climate change are terms for the observed century-scale rise in the average temperature of the Earth's climate system and its related effects. Multiple lines of scientific evidence show that the climate system is warming. Although the increase of near-surface atmospheric temperature is the measure of global warming often reported in the popular press, most of the additional energy stored in the climate system since 1970 has gone into ocean warming. The remainder has melted ice and warmed the continents and atmosphere.Many of the observed changes since the 1950s are unprecedented over tens to thousands of years. On November 12, 2015, NASA scientists reported that human-made carbon dioxide (CO2) continues to increase above levels not seen in hundreds of thousands of years: currently, about half of the carbon dioxide released from the burning of fossil fuels is not absorbed by vegetation and the oceans and remains in the atmosphere. Read more

Rain fell at the normally snowy summit of Greenland for the first time on record   CNN - August 19, 2021
For the first time on record, precipitation on Saturday at the summit of Greenland roughly two miles above sea level - fell as rain and not snow. Temperatures at the Greenland summit over the weekend rose above freezing for the third time in less than a decade. The warm air fueled an extreme rain event that dumped 7 billion tons of water on the ice sheet.


South Pole warming three times faster than rest of Earth: study   PhysOrg - June 29, 2020
The South Pole has warmed three times faster than the rest of the planet in the last 30 years due to warmer tropical ocean temperatures Antarctica's temperature varies widely according to season and region, and for years it had been thought that the South Pole had stayed cool even as the continent heated up. Researchers in New Zealand, Britain and the United States analyzed 60 years of weather station data and used computer modeling to show what was causing the accelerated warming. They found that warmer ocean temperatures in the western Pacific had over the decades lowered atmospheric pressure over the Weddell Sea in the southern Atlantic. This in turn had increased the flow of warm air directly over the South Pole - warming it by more than 1.83C (about 3.3F) since 1989.. 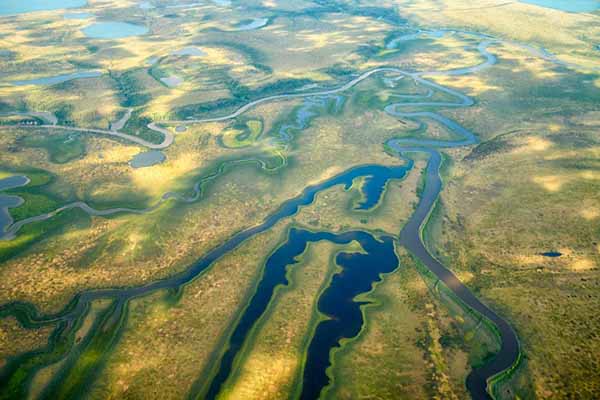 Siberia - the land of black snow, blood rain and spontaneous solar eclipses - may have just set a dire new climate record. On Saturday (June 20), temperatures in the far-north town of Verkhoyansk broke 100 degrees Fahrenheit (38 degrees Celsius) for the first time, according to news reports. That makes Saturday's high the hottest-ever temperature documented above the Arctic Circle


A Never-Before-Seen Event Is Collapsing an Ice Sheet in the Russian Arctic   Live Science - December 19, 2019
For the first time, scientists think they're watching a fast-moving river of ice being born. These so-called ice streams are rapid, long-lasting flows of ice that form in the middle of more static ice formations known as ice sheets. There are only a handful of them on Earth. They form in remote parts of the arctic and antarctic and, once established, can last decades or even centuries. Until now, no one had ever seen one emerge.


Evidence disproving tropical 'thermostat' theory: global warming can breach limits for life   PhysOrg - March 4, 2017
New research findings show that as the world warmed millions of years ago, conditions in the tropics may have made it so hot some organisms couldn't survive. Longstanding theories dating to the 1980s suggest that as the rest of the earth warms, the tropical temperatures would be strictly limited, or regulated by an internal 'thermostat.' These theories are controversial, but the debate is of great importance because the tropics and subtropics comprise half of the earth's surface area, greater than half of the earth's biodiversity, as well as over half the earth's human population. But new geological and climate-based research indicates the tropics may have reached a temperature 56 million years ago that was, indeed, too hot for living organisms to survive in parts of the tropics.


This January Was the Third Warmest on Record Globally   Live Science - February 17, 2017
While a powerful El Ni–o has faded, the globe's heat continues to be an enduring phenomenon due largely to carbon pollution. This January was the third-warmest January on record, according to data released this week from both NASA and the National Oceanic and Atmospheric Administration. The agencies use different baselines and techniques to measure the Earth's temperature. NASA's data shows the planet was 1.7 degrees Fahrenheit above the 1951-1980 average while NOAA's data indicates the planet was 1.6 degrees Fahrenheit above the 20th century average.


2016 to be hottest year yet as April smashes records   CNN - May 16, 2016
The Earth is heating up like an oven and is showing no signs of slowing. This year recorded the highest land and ocean April temperatures on record, keeping 2016 on track to be the hottest year yet and by the biggest margin ever.


April breaks global temperature record   BBC - May 16, 2016
April was the seventh month in a row that broke global temperature records, Nasa figures show. Last month smashed the previous record for April by the largest margin ever, the data show. That makes it three months in a row that the monthly record was broken by the largest margin ever. But in terms of its departure from the 1951-1980 temperature average used by Nasa, April was equal with January 2016.


Global Increase In Atmospheric Methane Likely Caused By Unusual Arctic Warmth, Tropical Wetness   Science Daily - September 28, 2009
Unusually high temperatures in the Arctic and heavy rains in the tropics likely drove a global increase in atmospheric methane in 2007 and 2008 after a decade of near-zero growth, according to a new study. Methane is the second most abundant greenhouse gas after carbon dioxide, albeit a distant second.


Heavier Rainstorms Ahead Due To Global Climate Change, Study Predicts   Science Daily - September 28, 2009
Heavier rainstorms lie in our future. That's the clear conclusion of a new MIT and Caltech study on the impact that global climate change will have on precipitation patterns. But the increase in extreme downpours is not uniformly spread around the world, the analysis shows. While the pattern is clear and consistent outside of the tropics, climate models give conflicting results within the tropics and more research will be needed to determine the likely outcomes in tropical regions. Overall, previous studies have shown that average annual precipitation will increase in both the deep tropics and in temperate zones, but will decrease in the subtropics. However, it's important to know how the frequency and magnitude of extreme precipitation events will be affected, as these heavy downpours can lead to increased flooding and soil erosion.


Mystery mechanism drove global warming 55 million years ago   PhysOrg - July 14, 2009
A runaway spurt of global warming 55 million years ago turned Earth into a hothouse but how this happened remains worryingly unclear. Previous research into this period, called the Palaeocene-Eocene Thermal Maximum, or PETM, estimates the planet's surface temperature blasted upwards by between five and nine degrees Celsius (nine and 16.2 degrees Fahrenheit) in just a few thousand years. The Arctic Ocean warmed to 23 C (73 F), or about the temperature of a lukewarm bath. How PETM happened is unclear but climatologists are eager to find out, as this could shed light on aspects of global warming today. What seems clear is that a huge amount of heat-trapping "greenhouse" gases -- natural, as opposed to man-made -- were disgorged in a very short time. The theorised sources include volcanic activity and the sudden release of methane hydrates in the ocean.


Greenland Snow Melting Hit Record High In High Places, NASA Finds Science Daily - September 26, 2007
A new NASA-supported study reports that 2007 marked an overall rise in the melting trend over the entire Greenland ice sheet and, remarkably, melting in high-altitude areas was greater than ever at 150 percent more than average. In fact, the amount of snow that has melted this year over Greenland could cover the surface size of the U.S. more than twice.