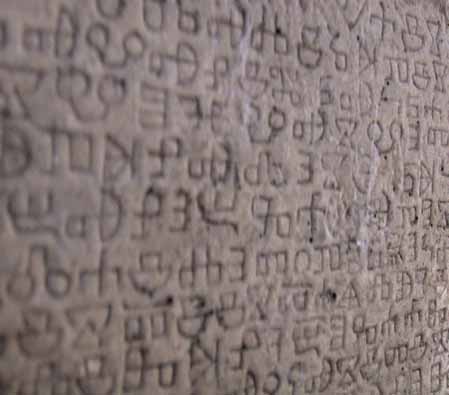 Origin - During the 9th century, Saint Cyril and Saint Methodius, missionaries in Great Moravia, invented the Glagolitic alphabet in order to translate the bible and other religious works into the language of that region. They probably modelled Glagolitic on a cursive form of the Greek alphabet.

Old Church Slavonic, a language spoken by the Southern Slavic tribes who invaded the Balkan peninsula in the 6th and 7th century AD. These people later became known as Bulgarians, Serbs and others. Old Church Slavonic was used as the liturgical language of the Russian Orthodox church between the 9th and 12th centuries. A more modern form of the language, known as Church Slavonic, appeared during the 14th century and is still used in the Russian Orthodox church. Glagolitic Alphabet