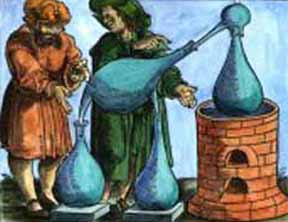 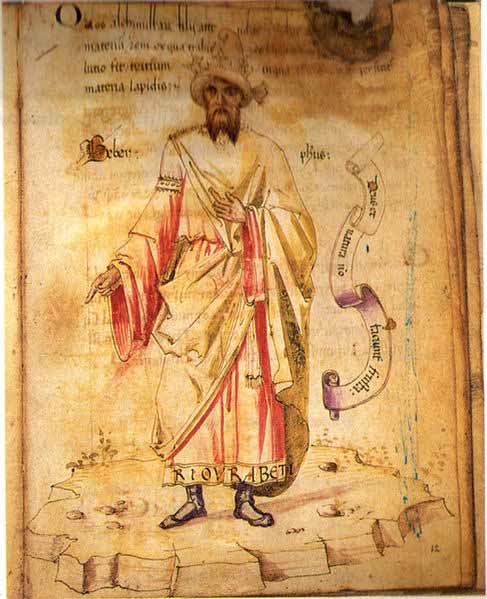 Geber, aka Abu Musa Jabir ibn Hayyan, was a prominent Islamic alchemist, pharmacist, philosopher, astronomer, and physicist. He has also been referred to as "the father of Arab chemistry" by Europeans. His ethnic background is not clear; although most sources state he was an Arab, some describe him as Persian.

Jabir was born in Tus, Khorasan, in Iran, which was at the time ruled by the Umayyad Caliphate; the date of his birth is disputed, but most sources give 721 or 722. He was the son of Hayyan al-Azdi, a pharmacist of the Arabian Azd tribe who emigrated from Yemen to Kufa (in present-day Iraq) during the Umayyad Caliphate.

Hayyan had supported the revolting Abbasids against the Umayyads, and was sent by them to the province of Khorasan (in present Iran) to gather support for their cause. He was eventually caught by the Ummayads and executed. His family fled back to Yemen, where Jabir grew up and studied the Koran, mathematics and other subjects under a scholar named Harbi al-Himyari.

After the Abbasids took power, Jabir went back to Kufa, where he spent most of his career. Jabir's father's profession may have contributed greatly to his interest to chemistry.

In Kufa he became a student of the celebrated Islamic teacher and sixth Imam Ja'far al-Sadiq. It is said that he also studied with the Umayyad prince Khalid Ibn Yazid. He began his career practising medicine, under the patronage of the Barmakid Vizir of Caliph Haroun al-Rashid.

It is known that in 776 he was engaged in alchemy in Kufa.His connections to the Barmakid cost him dearly in the end. When that family fell from grace in 803, Jabir was placed under house arrest in Kufa, where he remained until his death.

The date of his death is given as c.815 by the Encyclopľdia Britannica, but as 808 by other sources.

Jabir is mostly known for his contributions to chemistry. He emphasised systematic experimentation, and did much to free alchemy from superstition and turn it into a science. He is credited with the invention of many types of now-basic chemical laboratory equipment, and with the discovery and description of many now-commonplace chemical substances and processes - such as the hydrochloric and nitric acids, distillation, and crystalization Đ that have become the foundation of today's chemistry and chemical engineering.

He also paved the way for most of the later Islamic alchemists, including al-Razi, al-Tughrai and al-Iraqi, who lived in the 9th, 12th and 13th centuries respectively. His books strongly influenced the medieval European alchemists and justified their search for the philosopher's stone.In spite of his leanings toward mysticism (he was considered a Sufi) and superstition, he more clearly recognised and proclaimed the importance of experimentation.

"The first essential in chemistry", he declared, "is that you should perform practical work and conduct experiments, for he who performs not practical work nor makes experiments will never attain the least degree of mastery."Jabir is also credited with the invention and development of several chemical instruments that are still used today, such as the alembic, which made distillation easy, safe, and efficient. 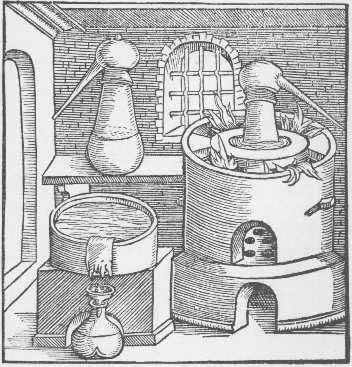 By distilling various salts together with sulfuric acid, Jabir discovered hydrochloric acid (from salt) and nitric acid (from saltpeter). By combining the two, he invented aqua regia, one of the few substances that can dissolve gold. Besides its obvious applications to gold extraction and purification, this discovery would fuel the dreams and despair of alchemists for the next thousand years. He is also credited with the discovery of citric acid (the sour component of lemons and other unripe fruits), acetic acid (from vinegar), and tartaric acid (from wine-making residues).

Jabir applied his chemical knowledge to the improvement of many manufacturing processes, such as making steel and other metals, preventing rust, engraving gold, dyeing and waterproofing cloth, tanning leather, and the chemical analysis of pigments and other substances. He developed the use of manganese dioxide in glassmaking, to counteract the green tinge produced by iron - a process that is still used today. He noted that boiling wine released a flammable vapor, thus paving the way to Al-Razi's discovery of ethanol.

The seeds of the modern classification of elements into metals and non-metals could be seen in his chemical nomenclature. He proposed three categories: "spirits" which vaporise on heating, like camphor, arsenic, and ammonium chloride; "metals", like gold, silver, lead, copper, and iron; and "stones" that can be converted into powders.In the Middle Ages, Jabir's treatises on chemistry were translated into Latin and became standard texts for European alchemists.

These include the Kitab al-Kimya (titled Book of the Composition of Alchemy in Europe), translated by Robert of Chester (1144); and the Kitab al-Sab'een by Gerard of Cremona (before 1187). Marcelin Berthelot translated some of his books under the fanciful titles Book of the Kingdom, Book of the Balances, and Book of Eastern Mercury.

Several technical terms introduced by Jabir, such as alkali, have found their way into various European languages and have become part of scientific vocabulary.

Jabir became an alchemist at the court of Caliph Harun al-Rashid, for whom he wrote the Kitab al-Zuhra ("The Book of Venus", on "the noble art of alchemy").

Jabir's alchemical investigations revolved around the ultimate goal of takwin - the artificial creation of life. Alchemy had a long relationship with Shi'ite mysticism; according to the first Imam, Ali ibn Abi Talib, "alchemy is the sister of prophecy".

Jabir's interest in alchemy was probably inspired by his teacher Ja'far al-Sadiq, and he was himself called "the Sufi", indicating that he followed the ascetic form of mysticism within Islam.In his writings, Jabir pays tribute to Egyptian and Greek alchemists Hermes Trismegistus, Agathodaimon, Pythagoras, and Socrates.

He emphasises the long history of alchemy, "whose origin is Arius ... the first man who applied the first experiment on the [philosopher's] stone... and he declares that man possesses the ability to imitate the workings of Nature" (Nasr, Seyyed Hossein, Science and Civilization of Islam).

Jabir states in his Book of Stones (4:12) that "The purpose is to baffle and lead into error everyone except those whom God loves and provides for". His works seem to have been deliberately written in highly esoteric code, so that only those who had been initiated into his alchemical school could understand them. It is therefore difficult at best for the modern reader to discern which aspects of Jabir's work are to be read as symbols (and what those symbols mean), and what is to be taken literally. Because his works rarely made overt sense, the term gibberish is believed to have originally referred to his writings (Hauck, p. 19).

Jabir's alchemical investigations were theoretically grounded in an elaborate numerology related to Pythagorean and Neoplatonic systems. The nature and properties of elements was defined through numeric values assigned the Arabic consonants present in their name, ultimately culminating in the number 17.

To Aristotelian physics, Jabir added the four properties of hotness, coldness, dryness, and moistness (Burkhardt, p. 29). Each Aristotelian element was characterised by these qualities: Fire was both hot and dry, earth cold and dry, water cold and moist, and air hot and moist. This came from the elementary qualities which are theoretical in nature plus substance. In metals two of these qualities were interior and two were exterior. For example, lead was cold and dry and gold was hot and moist.

Thus, Jabir theorised, by rearranging the qualities of one metal, based on their sulfur/mercury content, a different metal would result. (Burckhardt, p. 29) This theory appears to have originated the search for al-iksir, the elusive elixir that would make this transformation possible - which in European alchemy became known as the philosopher's stone.

Jabir also made important contributions to medicine, astronomy, and other sciences. Only a few of his books have been edited and published, and fewer still are available in translation. The Geber crater, located on the Moon, is named after him.

The writings of Jabir Ibn Hayyan can be divided into four categories:

The 112 Books dedicated to the Barmakids, viziers of Caliph Harun al-Rashid. This group includes the Arabic version of the Emerald Tablet, an ancient work that is the foundation of the Hermetic or "spiritual" alchemy. In the Middle Ages it was translated into Latin (Tabula Smaragdina) and widely diffused among European alchemists.

The Seventy Books, most of which were translated into Latin during the Middle Ages. This group includes the Kitab al-Zuhra ("Book of Venus") and the Kitab Al-Ahjar ("Book of Stones").

The Ten Books on Rectification, containing descriptions of "alchemists" such as Pythagoras, Socrates, Plato and Aristotle.

The Books on Balance; this group includes his most famous 'Theory of the balance in Nature'.Some scholars suspect that some of these works were not written by Jabir himself, but are instead commentaries and additions by his followers. In any case, they all can be considered works of the 'Jabir' school of alchemy.