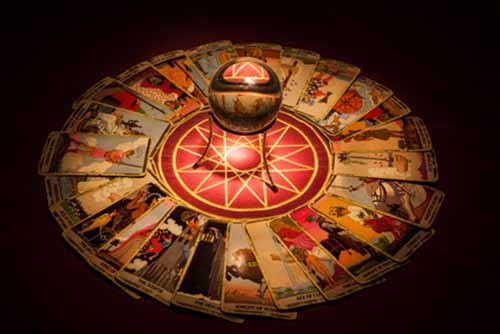 Gamblers are often superstitious doing any number of things to improve their chances of winning. The most common form of gambling these days is the lottery as one s guided to certain stores and days to buy their tickets. It is all part of the dream of helping better their life and perhaps that of others they know. 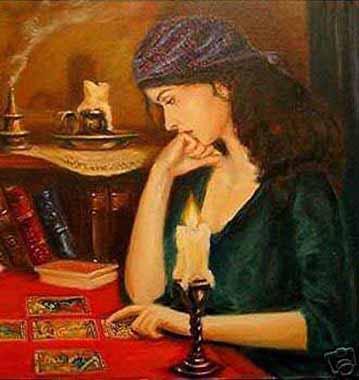 Following astrology, the time to play may be determined by one's personal horoscope or the alignments of the plants as they relate to certain aspect that bring good luck. There are aspects that set one on a winning streak that can last for days, weeks, months, and cases years.

In numerology, one might play at specific times based on their "numbers" for a given day, month, or year. After all - everything is based on patterns and numbers - so too must be the way of the gambler ... Time and timing ...

With crystals, certain gemstones are said to bring luck.

They say that tithing a percentage of one's winnings increases the likelihood of winning again.

Witchcraft and spells could be the foundation superstitions when gambling.


Even though we claim not to be, most of us have one or two superstitions we subscribe to while gambling. 80 percent of the gamblers who responded to a survey said that they believed in superstitions or carried out some sort of lucky ritual while gambling. As long as you donŐt let your superstitions control you, believing in something that will bring you good luck can actually be beneficial. If you feel lucky you will be happy and have a more enjoyable time while you play. The object is always to come out a winner and not addicted to the game, as humans have addictive personalities.

Psychologists have done many studies into the relationship between gambling and superstitions - some valid, others not so much. It's all about time and timing and the luck of the game.

Whether it is carrying a lucky charm or performing some sort of ritual before or during their gambling sessions, players will try a variety of things to influence lady luck to smile on them.

The conclusions of several of these studies show that superstitions can develop in many gamblers and become a basis for future gambling sessions. If the player has won, he looks at what transpired during the winning session. This is where a player may decide that an article of clothing or some other activity was 'responsible' for their good fortune. Likewise if a player loses, he will look to see what may have caused his misfortune. If a player has one or two losing sessions with a particular dealer, they may develop a feeling that the dealer is unlucky and unbeatable.

Not all superstitions are developed by personal observations and many gamblers just buy into the existing beliefs that have been passed down through the ages. They may choose to believe that something is unlucky and avoid it as to not tempt fate. Others may test a superstition only to discover a self fulfilling a prophecy with their actions. If you think it is unlucky to sit with your legs crossed while playing poker and you do it, you may just lose because subconsciously you expect to lose. If you do lose, it will only reinforce the belief. 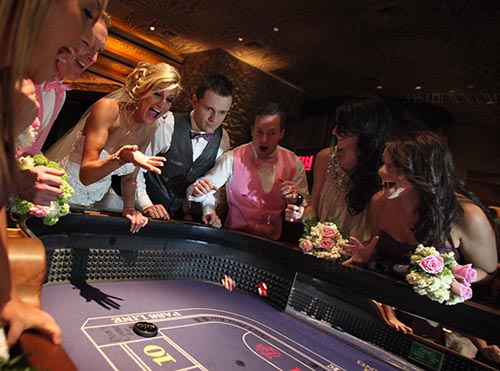 This can include anything based on what has worked for a person in the past. There are no rules, just whatever works. Suggestions include -- the casino, the type of game, the table or machine are often chosen by intuition and past luck. 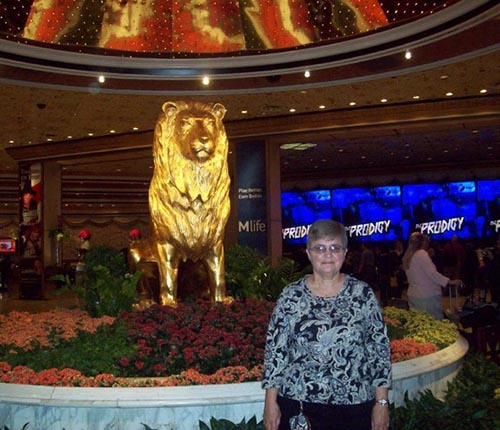 Many gamblers believe that $50 bills are unlucky and they will not accept being paid with them. There are several casinos I have visited that do not give out $50 bills from the cage when players cash in their chips. The casinos that do use $50 bill often find that gamblers will refuse them as payment. Some people also regard the two dollar bill as unlucky and this might explain why the numerous attempts to bring them back into general circulation have failed. 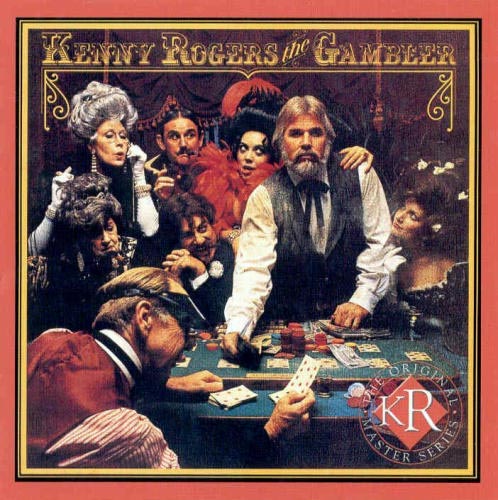 That brings up another superstition that singing or whistling while you are gambling is bad luck. If someone is whistling past the graveyard, they are trying to remain cheerful in difficult circumstances so perhaps this has carried over into the thinking that it should not be done while gambling.

You should wear red clothing while gambling is an Asian superstition that has been popularized in the film Kung Fu Mahjong. Some players have a favorite color that they will wear while they gamble to make them feel lucky.

Don't cross your legs while playing or you will cross out your good luck. This could explain why they make those seats so close to the slot machines. I never have room to cross my legs even if I was not afraid that it would bring me bad luck.


Study provides insights into the roots of gamblers' fallacies and other superstitions   PhysOrg - August 31, 2010
Gamblers who think they have a "hot hand," only to end up walking away with a loss, may nonetheless be making "rational" decisions, according to new research from University of Minnesota psychologists. The study finds that because humans are making decisions based on how we think the world works, if erroneous beliefs are held, it can result in behavior that looks distinctly irrational.