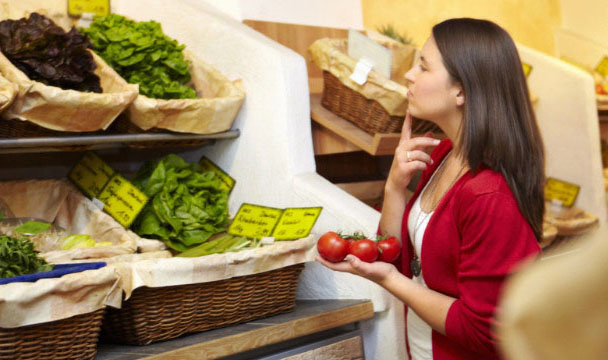 As far back as I can remember, we have been told what foods are good for us and what foods we should avoid, some of these conclusion later retracted by the medical community. Food choices are strictly a personal experience based on one's genetics and predispositions to allergies among others things that alter what we eat. The best foods are fresh foods. Diets work if one sticks to them. Allergies to foods can cause physical damage to the body and must be explored. Obesity is an epidemic in many countries including the US. There's emotional eating and physical eating - we all know the deal. For as long as this reality continues, food will be a main topic of conversation as it is part of the healing process and that's what we're about. Would you prefer a pill to meet your nutritional daily requirements? We are headed into winter when people eat more...


High milk diet 'may not cut risk of bone fractures'   BBC - October 31, 2014
The research, conducted in Sweden, showed women who drank more than three glasses a day were actually more likely to break bones than those who had less. The researchers cautioned that their work only suggested a trend and should not be interpreted as proof that high milk consumption caused fractures. 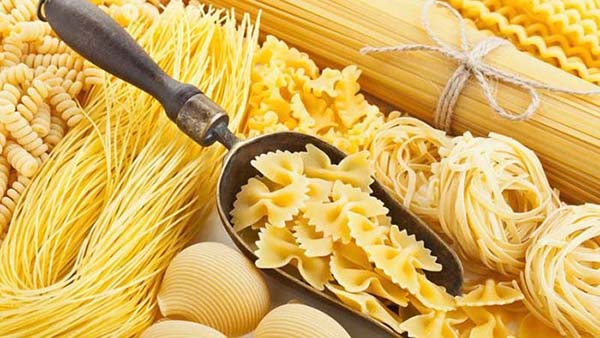 
Today is 'International Pasta Day'   PhilStar - October 25, 2014
' Better get your plate of pasta because today, we are celebrating International Pasta day! On Friday, International Pasta Organization (IPO) conducted the IPO Annual General Assembly and the celebration of the event in Buenos Aires (Argentina). Carrying the theme 'Pasta: Added Value for Family Nutrition', the conference aims to recognize the health and economic value of pasta along with pasta recipes from around the world.


Bring These Sandwiches To Work, Save Tons Of Money   Huffington Post - October 25, 2014 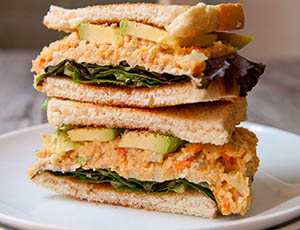 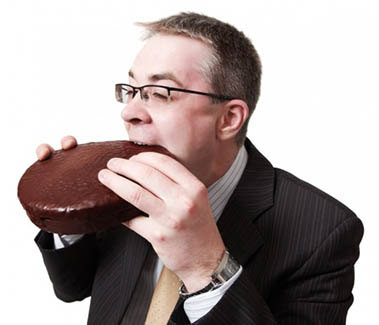 1. Sugar is Not Food - It is empty calories with little nutritional value and actually causes your body to steal vitamins from other vital organs in attempt to process the sugar, leaving you undernourished.
2. Sugar Makes You Fat - It is filled with calories that are stored in your fat tissues.
3. Sugar Makes You Nervous - There is a clear link between excess sugar and disorders like anxiety, depression, and schizophrenia, because of extreme levels of insulin and adrenalin.
4. Sugar Causes Diabetes, Kidney and Heart Problems - Excess sugar can damage the pancreas's ability to function properly.
5. Sugar Kills Your Teeth - Sugar increases the bacteria in your mouth that erodes enamel. The biggest crime is that many popular toothpastes contain sugar which is not required to be put the on the label.
6. Sugar Suppresses the Immune System - Sugar interferes with the body by overtaxing its defenses.
7. Sugar Causes Wrinkles - A high-sugar diet damages collagen 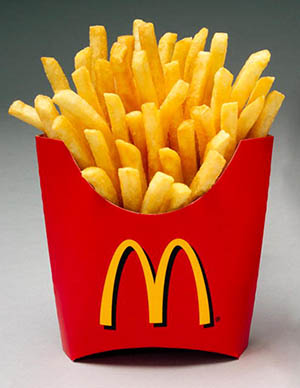 
Why sharing your cake makes you feel better   NBC - October 22, 2014
Want to feel better about eating that luscious piece of chocolate cake? Here's one way to make it guilt-free: Have a friend invite you to share it. That's because we don't feel guilt or regret about diet-busting choices when someone else takes the initiative, researchers reported in a study published in The Journal of Consumer Research. They set up a series of experiments to see if people's guilty feelings about eating calorie-laden foods depended on how much of a choice they felt they had. 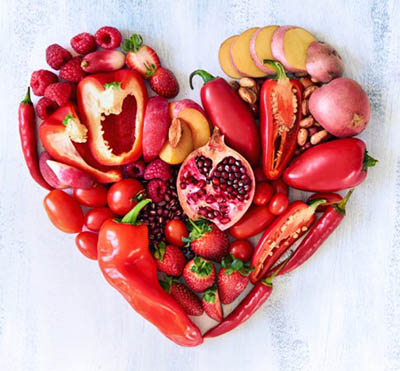 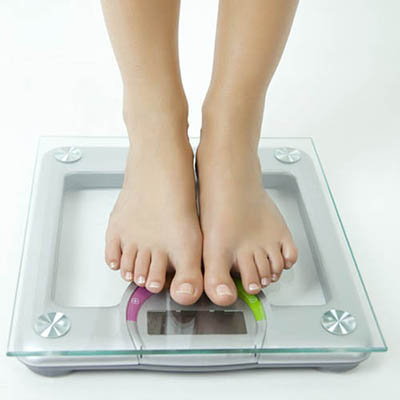 
Foods That Kill Cancer   Epoch Times - October 18, 2014
An alkaline, balanced diet with plenty of nutrition, and as few toxins as possible, makes the body inhospitable to cancer. Sugar feeds cancer. Processed and refined foods feed cancer. Raw, organic vegetables, especially when grown for maximum nutrient content (as opposed to large scale farming) should be the foundation of any healthy diet. We also recommend that anyone with cancer undergo a full body detox with a supplement regimen specifically designed for your current state of health.


What to Eat This Fall According to Chinese Medicine   Epoch Times - October 12, 2014


There is a belief in Chinese medicine that you should treat any symptoms or imbalances first by eating the right foods; and if that fails, only then should you turn to acupuncture and herbs for a cure. It's true that you are what you eat, or at least that your health is hugely impacted by your diet. Knowing this, many of my patients ask me what they should be eating.


Restaurant Weeks in Queens and Brooklyn   Epoch Times - October 8, 2014
Queens Restaurant Week 2014 runs Oct. 13-31, with more than 100 restaurants participating over 30 neighborhoods. From Aegea to Zenon Taverna, restaurants are offering prix fixe meals, most commonly a three-course $28 dinner, and $14 for lunch.


Orthorexia: When healthy eating becomes an obsession   CNN - October 8, 2014
Orthorexia nervosa - also known as orthorexia - is a proposed eating disorder or mental disorder characterized by an extreme or excessive preoccupation with avoiding foods perceived to be unhealthy.Three years ago, after suffering from chronic abdominal pain, digestive problems and a crushing breakup that left her depressed and sluggish, Ashley Bailey started researching whether "clean eating" could help her feel better. After learning that some people are intolerant to dairy, she cut milk and cheese from her diet and was relieved when her heartburn disappeared. But she didn't stop there.


Sex Hormones May Be Lurking in Your Food   Yahoo - October 8, 2014
Whether you love meat lover or prefer plant-based protein like soy in your diet, the idea of sex hormones in your food might make you a bit queasy. The use of hormones as drugs carries potential risks as varied as bone loss from steroids, and heart disease risks from hormone replacement during menopause. But is there reason to worry that you're getting dangerous amounts of added hormone in your food?


Healthy Food Is Growing More Expensive than Unhealthy Food: Study   Newsweek - October 8, 2014
Today, researchers in the United Kingdom published a study in PLOS ONE that gives yet more insight into this topic: not only is healthy food more costly than unhealthy food but the price gap between them has grown significantly over a 10-year period.


Untested Stimulant Found in 12 Supplements   Live Science - October 8, 2014
A new stimulant drug that has never been tested in people can be found in 12 weight loss and sports supplements, some of which are sold in mainstream vitamin shops, according to a new study. The synthetic compound, called 1,3-dimethylbutylamine (or DMBA), is extremely similar to another stimulant called DMAA, the researchers say. In 2012 the Food and Drug Administration banned DMAA because of reports of its side effects, including heart problems, nervous system disorders and death.


The 'Sioux Chef' Is Putting Pre-Colonization Food Back On The Menu   NPR - October 7, 2014
Like most chefs, Sean Sherman practically lives in the kitchen. But in his spare time, this member of the Oglala Lakota tribe has been on a quest to identify the foods his ancestors ate on the Great Plains before European settlers appeared on the scene. After years of researching and experimenting with "pre-colonization" foods, he's preparing to open a restaurant in the Twin Cities this winter that showcases those foods, reborn for contemporary palates.


Eating Comfort Foods May Not Be So Comforting After All   NPR - October 7, 2014
For many of us, chicken soup can soothe the soul and mac and cheese can erase a bad day. We eat chocolate when we feel gloomy, or when we've been in the presence of a Dementor. And we eat chocolate ice cream to help us get over a bad breakup. These comfort foods usually aren't so good for our arteries, but we tend to think they have healing properties - that they're the antidote for all our emotional afflictions.