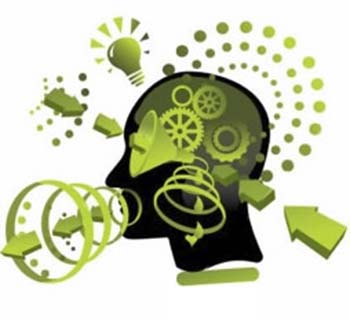 Focus goes by many names today including 'mindfulness'. It is about the brain fully paying attention to one thing at a time to get it done quickly and efficiently. I know it's cool to say that you can multitask, but how much of your focus is really involved when you do? Less than you think. We all get distracted by life at times, just be careful about what gets overlooked during those moments. 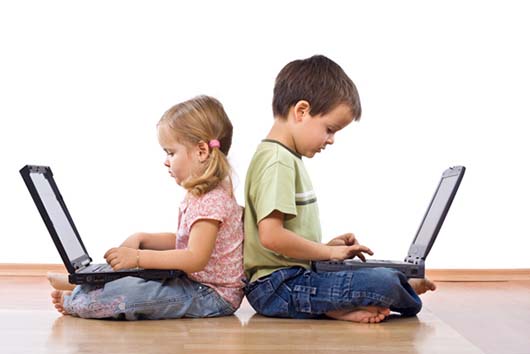 Areas of active investigation involve determining the source of the signals that generate attention, the effects of these signals on the tuning properties of sensory neurons, and the relationship between attention and other behavioral and cognitive processes like working memory and vigilance. A relatively new body of research, which expands upon earlier research within neuropsychology, is investigating the diagnostic symptoms associated with traumatic brain injuries and their effects on attention. Attention also has variational differences among differing cultures.

The relationships between attention and consciousness are complex enough that they have warranted perennial philosophical exploration. Such exploration is both ancient and continually relevant, as it can have effects in fields ranging from mental health and the study of disorders of consciousness to artificial intelligence and its domains of research and development. Read more... 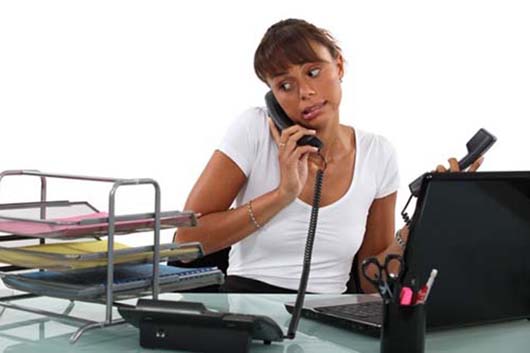 
Despite knowing that interruptions hamper productivity, most people don't think too much about how distractions affect their work. It may be obvious that interruptions will increase the time it takes to finish a task, but does the quality of that work suffer, too? The short answer is yes, as we have discovered in a new line of research my colleagues and I are conducting at George Mason University.

The day before I began writing this post, I decided to run a small-scale case study on myself to count the number of times I was interrupted during the day. I did not silence my phone - nor did I disable any notifications (e.g., email, Facebook) - so I could get an accurate estimate of the number of interruptions I experienced. The study only lasted about two hours; I got so distracted, I couldn't any work done.

In those two hours, I received five text messages, one phone call, about a dozen messages on Gchat and six emails. A fellow graduate student wandered into my room twice to strike up a conversation. Oh, did I mention this all occurred from 8 a.m. to 10 a.m. on a Monday, on campus, in July? At this time, the campus is barren, and it is one of the least likely times to be interrupted outside of the weekend.

After the experiment, I decided to go back to my old strategy of silencing my phone and shutting my door, because I am much more productive when I can focus on what I'm doing. I imagine you are, too, as this is borne out in our new research.

To the best of my knowledge, the Applied Performance Research Lab in the Human Factors and Applied Cognition Department at George Mason University is the first group to investigate whether interruptions affect the quality of work. The majority of existing research on interruptions has used time and error as the primary measures of disruption. These metrics are reasonable and can help associate a cost with the effects of interruptions. However, in many situations, a loss of time and a few more errors are less important than the damage to the work's overall quality.

For example, would it matter if you took an additional 30 minutes to write an essay for class because of a few interruptions? Probably not, unless you missed a specific deadline. But what if those same interruptions meant you wrote a bad essay? A low grade would probably bother you more than the extra time spent writing.


How much do interruptions damage quality?

In our study, just published in the journal Human Factors, we conducted two experiments to test the hypothesis that interruptions harm quality. In the first experiment, we asked participants to outline and write three different essays. The essay prompts came from a stock bank of topics that the College Board uses in the SAT. All participants were students at George Mason University with an average age of 23.6 years and were fluent in English. Participants served in all three conditions: interrupted while writing, interrupted while outlining, and no interruption at all (the control).

In the interruption conditions, participants were interrupted three separate times for 60 seconds each and asked to complete math problems. (Importantly, when participants lost time to interruptions, they got to make up that time after the interruption; this ensured that every participant had the same amount of total time to work on the essay, regardless of condition.) Two independent graders -who had no other affiliation with the study and were blind to the conditions -evaluated all essays using the College Board Essay Scoring Guide. Such scores range from 0 to 6.

My colleagues and I found that interruptions during either the outlining or writing phase significantly reduced the quality of the essays -by approximately half a point. Additionally, participants who were interrupted in the writing phase produced significantly fewer words than those from the control group. However, the word count did not change when the interruptions occurred during the essay-outlining stage, even though the quality was reduced. This finding suggests that two different causes may be reducing the quality, and we are continuing to explore those potential causes now.

In another experiment from that same study, we aimed to determine whether giving participants more time would overcome the quality reduction. We were concerned that participants may have felt rushed or ran out of time before fully developing their essays. Therefore, we gave participants up to 20 minutes, as opposed to 12, for their essay writing phase. All participants finished before the 20-minute time allotment. The results did not change; once again, interruptions reduced the quality of the essays by approximately half a point.

Individual analysis of the raw data from both experiments painted a grim picture, as well. No participant scored higher when interrupted compared to the no-interruption condition, in either experiment. Nearly everyone who was interrupted did worse. In fact, 96 percent of the participants performed worse, and 4 percent stayed the same. Additionally, we have run this experiment a few more times since publication using slight modifications -such as more-standardized methods for how participants craft their outlines -and the results have come out the same every time.


Focusing in an unfocused age

In today's amazing technological age, people can connect with others and access information at any time, and almost immediately. Need to call your father who lives across the world right now? No problem. Want to know about the latest and greatest sports news as soon as it hits the wire? No problem. Need to message a colleague about lunch later today? No problem. However, that technology comes with the cost of interruptions while people work.

Considering how important writing is -and, that most people write daily, whether in a report, an essay or an important email -the latest data from our study should get you thinking about how you work. Not only will interruptions increase the time it takes you to finish writing, but they could also make your writing worse.

For now, the best solution to the interruption problem seems to be tuning out : When working on something important, you should reduce the amount of external interruptions as much as possible. Shut your door, silence your phone, and disable notification from email and social media sites like Facebook. It won't stop every interruption, but it will help.