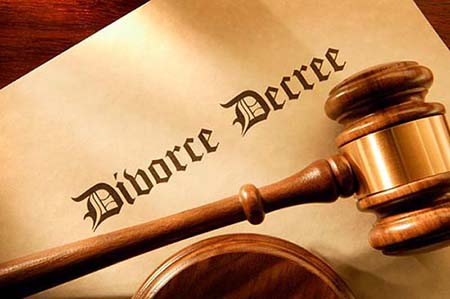 By the time most couples go through a divorce, they often know enough about the legal system to be divorce lawyers in their state. On 9/11/14 the divorce laws in NJ changed bringing them in line with many other states and making them more fair to the person paying alimony. We already know the criminal and justice systems are not always fair, just as history is often wrong or misinterpreted.

There will always be conspiracies and corruption in law enforcement, the legal system, and life, which means "Life is not fair" nor are the games we play and the players we chose at a given moment in time. If you want fairness and the justice scales to balance, play with balanced people who can be happy without drama. At least you'll have a stab at success in this crazy world.

Marriage is often about two people programmed to have children. Shortly after the last child is born, the couple separate. Sometimes they stay until the last child finishes high school, but as time is accelerating that is becoming less and less a fact of life. If your relationship is not working, it will end or live unhappily ever after. Don't full yourself especially if you are lying or cheating.

Christie Signs Bill to End Alimony Sooner in New Jersey   Bloomberg - September 11, 2014
he Democratic-controlled legislature sent the Republican governor a bill that in most future cases will limit payments to the length of any marriage that lasts less than 20 years, and end most support once a payer retires. The measure, which passed the assembly unanimously and drew only three dissenting Senate votes, also sets guidelines for judges to evaluate payers' changed circumstances. States from Massachusetts to Colorado have revised divorce laws that originated when most women didn't work and husbands were breadwinners. While New Jersey's bill doesn't let already divorced people go back and change alimony agreements, it allows for reductions when payers lose their jobs or retire.