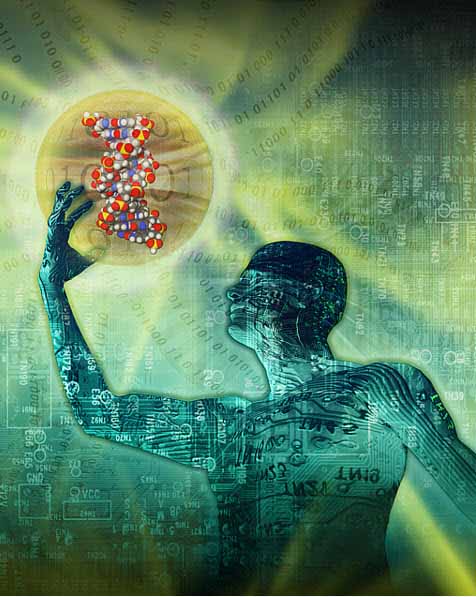 Did you ever wonder where Epidemics, Pandemics, and Plagues originate? In the world of conspiracy, it is often thought that governments create diseases to wipe out, or control, certain aspects of the population. Scientists are discovering new and unexplained diseases each year whose origins may be part of the natural development of life on Earth, or could have extraterrestrial origins. They affect the evolution of our DNA (positive or negative), and the way we live our lives. It is all part of some grander design?


An Epidemic occurs when new cases of a certain disease, in a given human population, and during a given period, substantially exceed what is expected based on recent experience. Epidemiologists often consider the term outbreak to be synonymous to epidemic, but the general public typically perceives outbreaks to be more local and less serious than epidemics. An epidemic may be restricted to one locale, however if it spreads to other countries or continents and affects a substantial number of people, it may be termed a pandemic. The declaration of an epidemic usually requires a good understanding of a baseline rate of incidence; epidemics for certain diseases, such as influenza, are defined as reaching some defined increase in incidence above this baseline. A few cases of a very rare disease may be classified as an epidemic, while many cases of a common disease (such as the common cold) would not.

A Pandemic is an epidemic of infectious disease that is spreading through human populations across a large region; for instance multiple continents, or even worldwide. A widespread endemic disease that is stable in terms of how many people are getting sick from it is not a pandemic. Further, flu pandemics generally exclude recurrences of seasonal flu. Throughout history there have been a number of pandemics, such as smallpox and tuberculosis. More recent pandemics include the HIV pandemic and the H1n1 pandemic.

A Plague is a deadly infectious disease that is caused by the enterobacteria Yersinia pestis, named after the French-Swiss bacteriologist Alexandre Yersin. Primarily carried by rodents (most notably rats) and spread to humans via fleas, the disease is notorious throughout history, due to the unrivaled scale of death and devastation it brought. Until June 2007, plague was one of only three diseases specifically reportable to the World Health Organization (the two other ones were cholera and yellow fever). Depending on lung infection, or sanitary conditions, plague also can be spread in the air, by direct contact, or by contaminated undercooked food or materials. The symptoms of plague depend on the concentrated areas of infection in each person: such as bubonic plague in lymph nodes, septicemic plague in blood vessels, pneumonic plague in lungs, and so on. It is treatable if detected early. Plague is still endemic in some parts of the world.

Plague as a Biological Weapon

Plague has a long history as a biological weapon. Historical accounts from ancient China and medieval Europe detail the use of infected animal carcasses, such as cows or horses, and human carcasses, by the Xiongnu/Huns, Mongols, Turks, and other groups, to contaminate enemy water supplies. Han Dynasty General Huo Qubing is recorded to have died of such a contamination while engaging in warfare against the Xiongnu. Plague victims were also reported to have been tossed by catapult into cities under siege.

In 1347, the Genoese possession of Caffa, a great trade emporium on the Crimean peninsula, came under siege by an army of Mongol warriors of the Golden Horde under the command of Janibeg. After a protracted siege during which the Mongol army was reportedly withering from the disease, they decided to use the infected corpses as a biological weapon. The corpses were catapulted over the city walls, infecting the inhabitants. The Genoese traders fled, transferring the plague (Black Death) via their ships into the south of Europe, whence it rapidly spread.

During World War II, the Japanese Army developed weaponized plague, based on the breeding and release of large numbers of fleas. During the Japanese occupation of Manchuria, Unit 731 deliberately infected Chinese, Korean, and Manchurian civilians and prisoners of war with the plague bacterium. These subjects, termed "maruta", or "logs", were then studied by dissection, others by vivisection while still conscious. Members of the unit such as Shiro Ishii were exonerated from the Tokyo tribunal by Douglas MacArthur but 12 of them were prosecuted in the Khabarovsk War Crime Trials in 1949 during which some admitted having spread Bubonic plague within a 36-km radius around the city of Changde.

Ishii innovated bombs containing live mice and fleas, with very small explosive loads, to deliver the weaponized microbes, overcoming the problem of the explosive killing the infected animal and insect by the use of a ceramic, rather than metal, casing for the warhead. While no records survive of the actual usage of the ceramic shells, prototypes exist and are believed to have been used in experiments during WWII.

After World War II, both the United States and the Soviet Union developed means of weaponizing pneumonic plague. Experiments included various delivery methods, vacuum drying, sizing the bacterium, developing strains resistant to antibiotics, combining the bacterium with other diseases (such as diphtheria), and genetic engineering. Scientists who worked in USSR bio-weapons programs have stated that the Soviet effort was formidable and that large stocks of weaponized plague bacteria were produced. Information on many of the Soviet projects is largely unavailable. Aerosolized pneumonic plague remains the most significant threat. The plague can be easily treated with antibiotics, thus a widespread epidemic is highly unlikely in developed countries.


Ancient alien theorists propose that aliens were the cause of many of the pandemics Earth has faced in the past - their agenda perhaps being to exterminate the human race.

There is also the theory that objects from outer space, carrying deadly lifeforms, came to Earth contaminating our - water, air, soil, other. Can they cause mutations of other existing viruses or bacteria? These forces would be extraterrestrial but not in the sense of aliens sending them here to wipe us out.