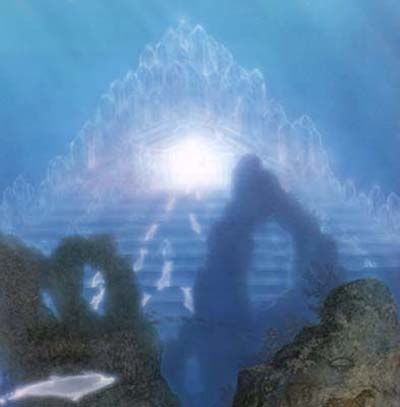 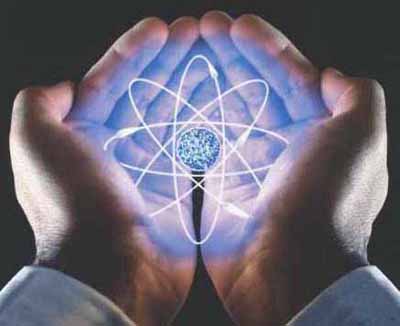 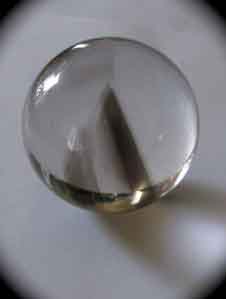 It is the size of a tennis ball.

Authentication of the crystal needs to be given.

As all is a Consciousness Hologram, take from this whatever connects. 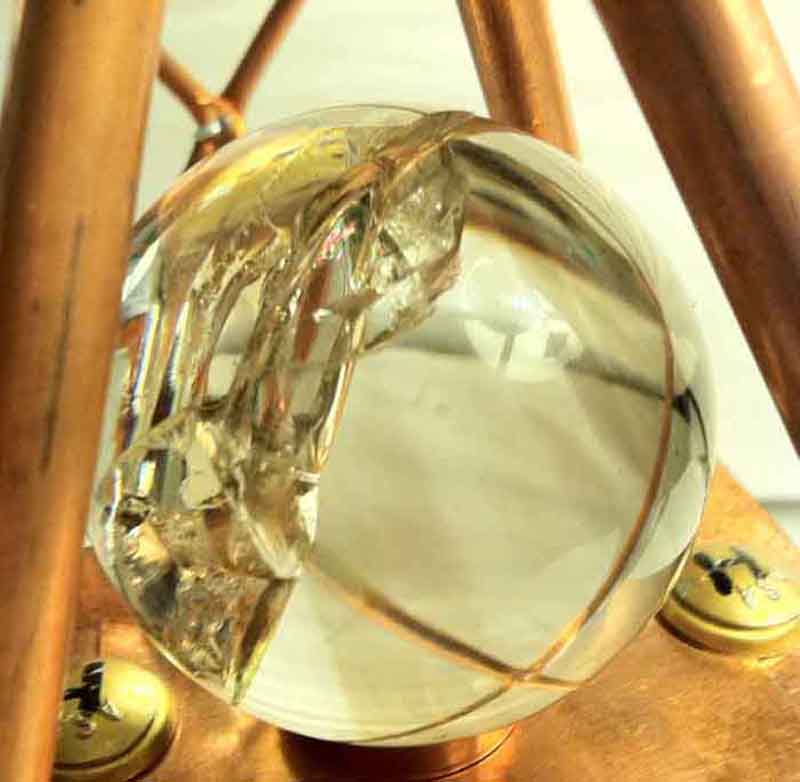 The Atlantean Sphere is linked to Thoth (Tehuti in Atlantean Mythology) and the rest of the Egyptian Pantheon. 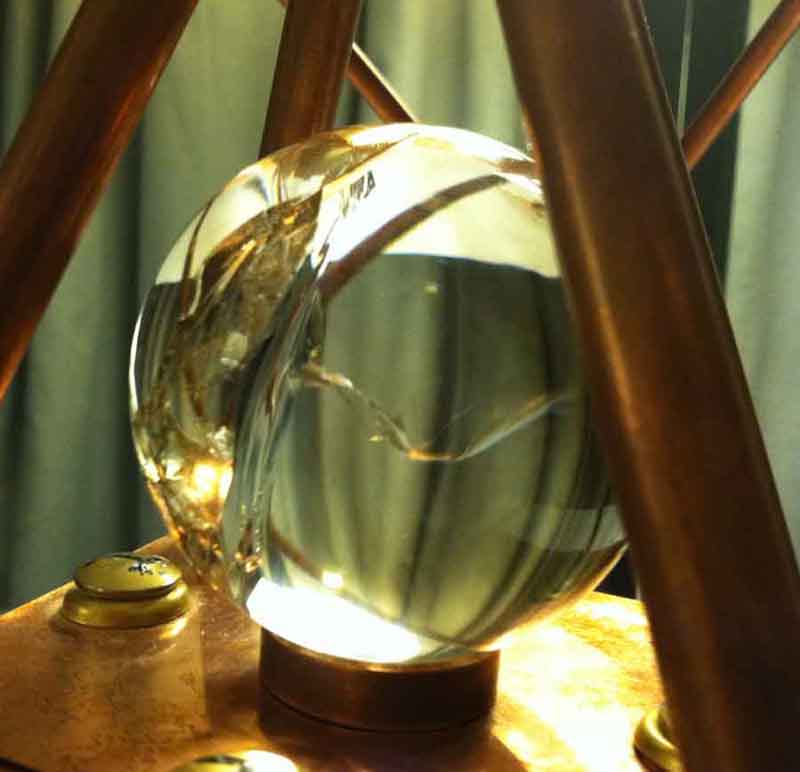 It is currently owned by Arthur Fanning of Albuquerque, NM. who calls himself the Guardian of the Atlantean Sphere. 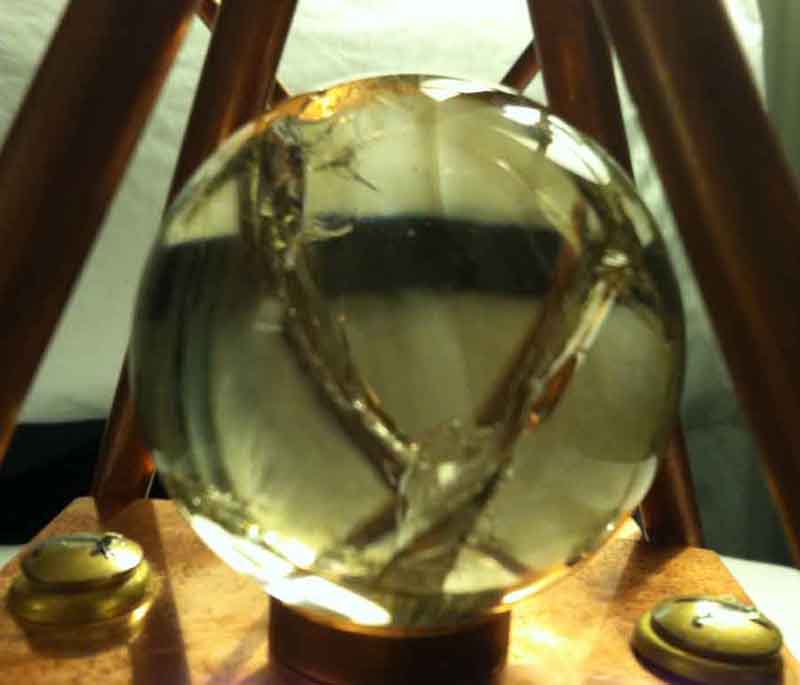 I spoke with Arthur on 11/14/2011. He is another metaphysical soul on the journey to awake humanity. 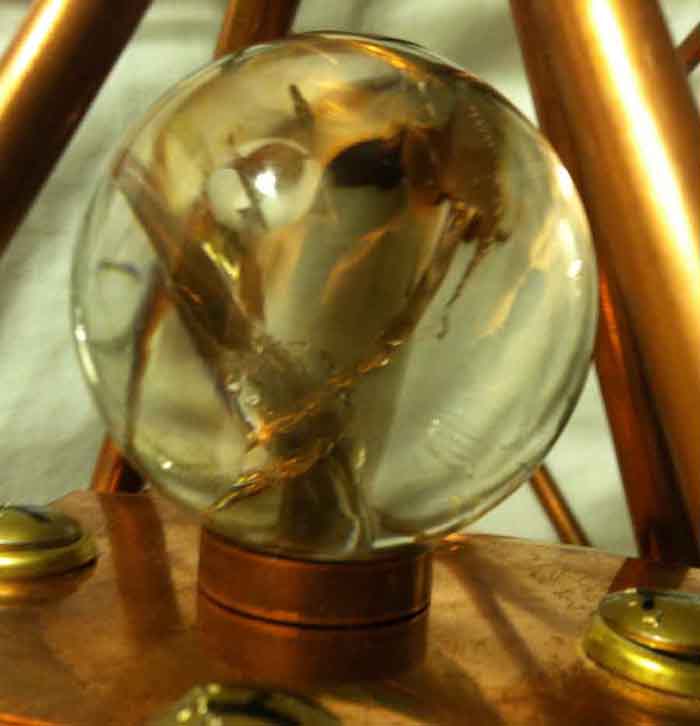 Arthur feels the energies of the Sphere are a feminine archetype which take us to Creation.

As with any version of the Atlantean Crystal Sphere - I believe it is all subjective.


Allegedly in 1968, Dr. Ray Brown, a naturopathic practitioner from Mesa, Arizona, was scuba diving with friends near the Bahamas, in an area 20 miles from the edge of a submarine drop-off called the Tongue of the Ocean.

During the dive, Brown became separated from his companions, and in trying to rejoin them, suddenly saw a strange pyramid shape looming up against the aquamarine light. The pyramid was situated 22 fathoms down, stood 120 feet high, with only 90 feet projecting out of the sea floor shifting sands. Brown was at first struck by how smooth and mirror-like the stone surface of the structure was, with the joints between the individual blocks almost indiscernible.

Swimming about the capstone, which the Arizona diver thought looked like lapis lazuli, he discovered an entranceway and decided to explore further. Passing along a narrow hallway, Brown finally came to a small rectangular room with a pyramid-shaped ceiling. What was amazing was that the room contained no algae or coral growing on the inner walls. They were completely spotless.

In addition, though Brown had brought no flashlight, he could nevertheless see everything in the room perfectly. It was very bright and well lit, but no direct light source was visible. Brown's attention was drawn to a brassy metallic rod 3 inches in diameter hanging down from the apex of the center, and at its end was attached a many-faceted red gem, which came to a point. Directly below the rod and gem, sitting in the middle of the room was a stand of carved stone topped by a stone plate with scrolled ends.

On the plate rested a pair of carved metal bronze-colored hands, life-sized, which appeared blackened and burnt, as if having been subjected to tremendous heat. Nestled in the hands, and situated 4 feet directly below the ceiling rod gem point, was a crystal sphere 3-1/2 inches in diameter.

Brown first attempted to pry loose the ceiling rod and red gemstone, but neither would budge. Turning back to the crystal sphere he found it easily separated from the bronze hand holders, and left the pyramid with it. As he departed, Brown felt a presence, and heard a voice from somewhere telling him never to return.

Fearing that his unusual prize might be confiscated as salvage-treasure by the U.S. government, Dr. Brown did not disclose the existence of the strange crystal or his experiences until 1975, when he exhibited the crystal for the first time.

He displayed the crystal only a half dozen times, but each time witnesses have seen or have been sensitive to strange phenomena directly associated with it.

Deep inside the crystal form one gazes upon three pyramid images, one in front of the other, in decreasing sizes.

Some, entering into a meditative or alpha brainwave state of consciousness, are able to clearly see a fourth pyramid, in the foreground of the other three.

The significance of the image may have been hinted at by psychic Elizabeth Bacon of New York. In a trance reading on the mysterious sphere, she received the message that the object had once belonged to Thoth, the Egyptian god who allegedly buried a secret vault of knowledge near the three great Pyramids of Giza at the beginning of time.

One might view this as a 'record keeper crystal' and 'three' as third dimension. 'Subterranean' is an metaphor for the sea of creation, collective unconsciousness, grid matrix of our reality, Hall of Records, etc.

Do the positions of the three pyramid images in the crystal hold a key to finding a fourth, as yet unfound subterranean pyramid, that is the fabled Hall of Records? I don't think so, but this story is laced with metaphors found throughout Crystalinks' files.

From the side, the internal images dissolve into thousands of tiny fracture lines, and Brown feels these may be electrical in nature, like some form of microscopic circuitry. From still another angle, and under special conditions, many witnesses have been able to see a large single human eye staring out serenely at them. Allegedly photographs of this eye have also been taken.

Dr. Brown's crystal sphere is the source of a variety of paranormal events. People have felt breezes of ionic winds blowing close to it; cold and warm layers surround it at various distances; other witnesses have been phantom lights, heard voices, or felt strange tingling sensations around it.

A compass needle placed next to the sphere will spin counterclockwise, then begin turning in the opposite direction when moved only two inches away.

Metals are temporarily magnetized in close contact with it. There are even recorded instances where one person has been temporarily healed of an ailment by touching the crystal sphere, but then the next person to come into its range took on the symptoms of the ailment of the other person, as if the crystal could draw out and then activate human disorders at will.

Just what the purpose of the crystal sphere was, and what role it once played in the enigmatic instrument Brown found inside the sunken Bahaman pyramid, remains a mystery, though of course there are some interesting possibilities.

One idea proposed is that the sunken pyramid once attracted, accumulated and generated cosmic forces. The suspended rod may have conducted forces accumulated in the capstone; the faceted red gem at its end concentrated and projected the energy to the crystal sphere below it; and the burned and blackened hands, showing the evidence of an energy transfer, probably amplified the release of energies; while the crystal sphere acted as the tuner and broadcaster of the energies.

All that we know for certain is that the crystal sphere Dr. Brown retrieved from this system is by itself testimony to a most sophisticated technology, for as experts at the Smithsonian Institute in Washington noted, the technology for cutting quartz stone to the perfection exhibited in the crystal sphere was not accomplished by our civilization until after 1900. 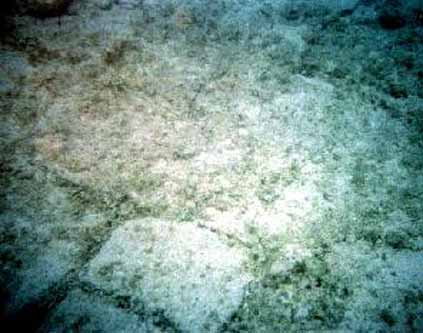 The Crystal itself, the Tuaoi Stone, or Fire Stone, was allegedly an Atlantean Power Crystal. It was huge in size, cylindrical in length, and prismatic in shape, cut with six sides. Atop the crystal was a moveable capstone, used to both concentrate incoming rays of energy, and to direct currents to various parts of the Atlantean countryside. It appears that the Crystal gathered solar, lunar, stellar, atmospheric and Earth energies as well as unknown elemental forces and concentrated these at a specific point, located between the top of the Crystal and the bottom of the capstone.


The message is always the same. 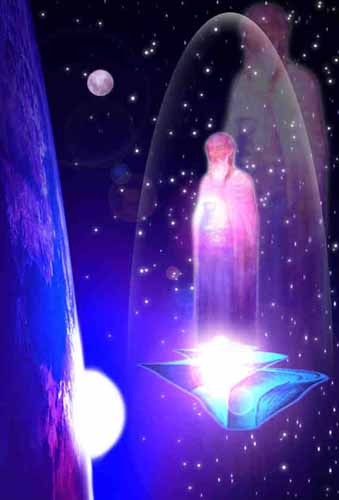 We are entering a new creation.