I would say comedians are conditioned to think faster than most with the normal pinch of insanity thrown in for good measure. As with anyone in the creative and performing arts, they can have the genetic code for mental illness and addiction. We know how that pattern turns out. Comedy comes from dialoguing with one or more humorous spirits. It gets better with practice and trust. Does your so-called "spirit guide" make you laugh? Z is hilarious most of the time - a "pain in the ass" the rest of the time - and extremely powerful when he needs to be.

I love comedy as most people who know me can tell you - placing humor high on the list of emotional healing tools. I loved doing stand-up comedy in a club in the city years ago.

So there I was folks ... last Saturday afternoon talking to a very normal female client, a teacher, white, 25, beautiful, from a good family, whose brother, Jeremy, at age 21 in university, became psychotic, heard voices in his head, tried to deal holistically to no avail, and in front of their mother jumped out of a window and died one year ago. Jeremy's spirit came to me before my client and her best friend - who was also having a reading - showed up. Jeremy was humorous and very "present". Not all spirits are.

When the girls arrived, I sat them down on the couch, told them to turn on their iPhones as the 3 of us talked to and about Jeremy. Jeremy was a brilliant guy, well loved, with lots of friends. By the time we finished talking we all felt a bond. He did partake in his sister's reading and may have left messages on the audio cassette tapes I use. At the end of the day ... the girls were able to sense his presence and departure - a bit of psychic development along the way - so easily activated in today's frequencies.

Among the topics we all discussed - both personal and general - was psychosis and how one hears voices. And so I joked, "I have been hearing spirits/voices most of my life - am I crazy?" The voices I hear come from a different part of the brain than in the case of psychosis/schizophrenia. I can connect with Z - have been doing it since age 11 - or go into the consciousness grids and access information.

Jeremy had refused traditional medications. Like most people who suffer from schizophrenia - he had tried to self medicate only to get lost in that world before finally seeking professional help and getting clean. Jeremy had a psychotic split as his brain (computer) misfired and he took his life. Thoughts of suicide had preceded the incident. Look at all of the other young men his age who have "lost it" recently and killed others then themselves.

In the case of psychosis, one must be on controlled medication. People can follow holistic regimes, but the brain circuitry needs to be balanced with meds until another solution is found and that seems a long way off. Further ... psychosis begins at age 19-21 and is usually preceded by other warning signs of abnormal behavior that begin in puberty when the hormones kick in - the brain changes - as it is not fully developed until age 21 when extreme symptoms physically manifest.

Back to comedy and hearing voices - they play in our heads all the time as we consciously move in and out of the grids. You read this blog therefore you "hear" - knowing your mind filters the information through your emotions. For me it's mostly humor. In the "mask of tragedy" - I don't partake in tragedy. For those with emotional problems, it is serious and often deadly.

The bottom line ... it's all in your head - your programmed codes - as you are projected illusion in this film/simulation we believe to be real/reel. Not much you can do about it, just stay happy and prepared until ACT III ends and everything FADES TO BLACK.

Which film strip best defines you? 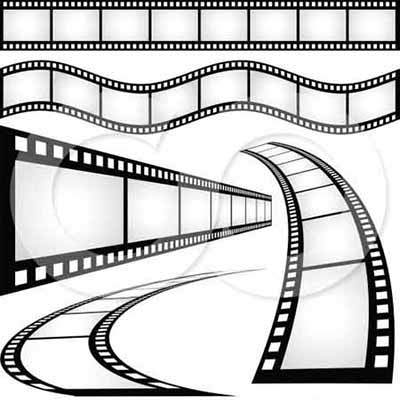 Comedians have high levels of psychotic traits   BBC - January 16, 2014
Comedians have personality types linked with psychosis, like many other creative types, which might explain why they can entertain, researchers claim. The questionnaire was also completed by 364 actors - another profession used to performing - as a control group, and by a group of 831 people who worked in non-creative areas. The researchers found that comedians scored significantly higher on all four types of psychotic personality traits than the general group, with particularly high scores for both extroverted and introverted personality traits.

The four aspects measured were:

Introvertive anhedonia (reduced ability to feel social and physical pleasure, including an avoidance of intimacy) 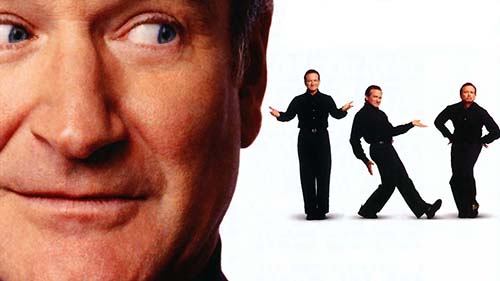