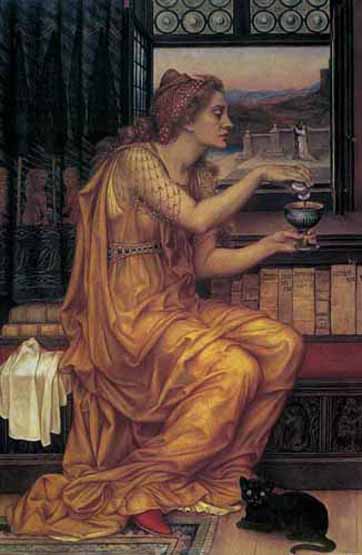 When it comes to conjuring up a spell, I am by no means an authority on the subject. There's Wicca and Witchcraft, I have know many people who have used various spells to manipulate energies to bring a partner to them, to keep a partner, to separate a couple, and more. Sometimes we call it Voo-doo, if one delves into the Black Arts of Magic.

The images and practices of magic remind me of the days of old...Alchemy 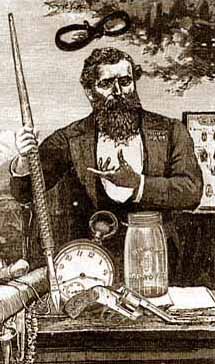 Magicians who knew the secret codes of creation and reality
the alchemy of time and experience.

Today is the 40th anniversary of the death of Gerald Gardner who became the father of modern Wicca, Witchcraft.

All of this brought to mind some of the love rituals people have told me about through the years.

In the duality of our experience many things seem to be Black and White. White Magic supposedly means, 'In the white light of god.' Black Magic accesses dark energies. Nothing is actually 'dark' in the sense of how the media portrays it. 'Dark' in this case means dysfunctional .... lower frequencies of light, not enlightened, not balanced.

I have read clients from different cultures, where people assume others are casting spells against them if their lives are not going right, especially with relationships. This seems to be true with many black people from the certain areas of Africa, islands in the Caribbean, Haiti, and New Orleans, which will have Mardi Gras on February 24, 2004.

These clients tell me about occult practices they believe have taken lovers away, or allowed them to be manipulated by lovers to do things they would not normally do, while under the spell of some sorcerer. Sometimes I see they truth in their statement, sometimes I see this as an excuse for things that do not work in their lives, or their emotional problems.

Sometimes people ask me if I can remove spells. I say NO, but tell them to send the energies back to the person or people who are they believe are harming them.

If your frequency is high enough, and you are not here for this experience, it will not happen for you, and it can be reversed. I understand that if you grow up in a culture where these occults activities are practiced, you will grow up with fear of being controlled by evil spirits. 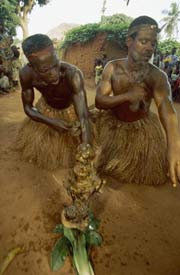 There are polarities of energies and spirits, positive and negative. Once a soul crosses over, it does not infer that they move to higher frequency of light energy.

They will be attracted to a place in the grid, of like frequency. Eventually all souls get reconciled into the source of light, where none of this matters, as ALL is consciousness.

Souls are the flickers of light you see from time to time created from a consciousness source of light.

If you're in the light and understand how to move grids, you can manifest without the use of spells.

There are polarities of energies and spirits, positive and negative, in all realms, even the spirit world as spirit is still part of this electromagnetic grid program. Once a soul crosses over, it doesn't mean they move to higher frequency of light energy. They will be attracted to a place in the grid, of like frequency. Eventually all souls get reconciled into the source of light, where none of this matters, as ALL is consciousness. Souls, the flickers of light you see from time to time, become part of Source that looks like those sparks, where balance is restored.

Dark spirits are very tricky indeed, just as dysfunctional souls are harmful in 3D. It's best to study witchcraft with a teacher, or you might conjure up a lover who is a toad.

It might be fun to go to school with Harry Potter....

Creating a lover through spells and trickery often brings a lower vibe person, with issues. Gulp! A spirit with issues, who bothers you in dreamtime, and uses their powers against you! Think before you conjure up your spirit and your desired partner.

Knowing that ALL is illusion, one can conclude that ALL is created by magic, the Magician, Hermes, Thoth, Z .... one can be tempted to try a bit of magic when it comes to Love. Magic, Magicians, Magi, Three Wise Men May Have Been Neither Wise Nor Men, Reuters

The Three Wise Men who followed the star to Bethlehem bearing gifts for the baby Jesus may not have been all that wise -- or even men.

The traditional infant Nativity play scene could be in for a drastic rewrite after the Church of England indulged in some academic gender-swapping over the three Magi at its General Synod in London this week.

A committee revising the latest prayer book said the term "Magi" was a transliteration of the name used by officials at the Persian court, and that they could well have been women.

"Magi is a word which discloses nothing about numbers, wisdom or gender embodied in the term," a Synod spokesman said on Tuesday after the revision was agreed by the Church of England's parliament which meets twice a year.

In the authorized 17th century King James bible used by up to 70 million worshippers in Anglican churches around the world, the gift-bearing visitors are referred to as "The Three Wise Men."

Now they are to be called just "Magi" and no longer gender-specific in the Anglican prayer book. "Changing 'Wise Men' to 'Magi' seems to be an entirely sensible move," the Synod spokesman said.

The revision committee said: "While it seems very unlikely that these Persian court officials were female, the possibility that one or more of the Magi were female cannot be excluded completely."

There is no theological dispute about the gifts they brought -- gold, frankincense and myrrh -- but the prayer has been changed to use the word Magi on the grounds that "the visitors were not necessarily wise and not necessarily men."

Synod officials denied that the Church of England, a pillar of the Establishment in Britain, was being seized by an attack of political correctness and pandering to feminists.

The decision was greeted by mocking newspaper headlines like "The Three Fairly Sagacious Persons" and "Is it unwise to call the Magi men?" On Tuesday, the Synod will be turning its attention to "Gender Neutral Titles." Anglicans are debating whether words like "Chairman" can be replaced at committee meetings by more neutral words like "Chair."

Z, Persia, Zoroaster The Persian Prophet, Did they and Z travel with a woman? (grin)

To cast a love spell in the purest light, make sure the person involved does not have a partner and want to be part of your soul experience. Thinking you love someone, and as a result they must be your soulmate and love you in return, does not make it so. You feel that if given the opportunity they will come to you, and you will live happily ever after ... not in those energies, baby. You are going against the time lines of the soul and drama will follow. Of course anyone who conjures up a relationship in a negative way, is a drama queen to begin with.

One should follow certain rules when casting a spell. There are books of spells, some of which are passed down in families, others found in stores, the Internet, or given as gifts.

There are apothecary shops, or stores, where products are sold for such purposes, where one can learn about magic potions. I remember going to a Magic Shop in the Village in Manhattan in the 1980's. The store was old and dingy, but it seemed to add to the ambiance of the experience. The people in the shop were friendly and seemed knowledgeable about Wicca and magic spells.

I went with my friend Inez, the psychic old lady who was with me when I found my pyramid in the basement of a store in Long Island. Inez has since crossed over. She was into witchcraft but only as one course of study in the realms of the esoteric. Inez studied everything. You should have seen her house.... a lifetime of esoteric memorabilia, crystal balls ...antique Tarot Desks, she is the friend who read Tea Leaves and had a pot of tea brewing all the time, out-of-print esoteric books, old style Ouija Boards and more. 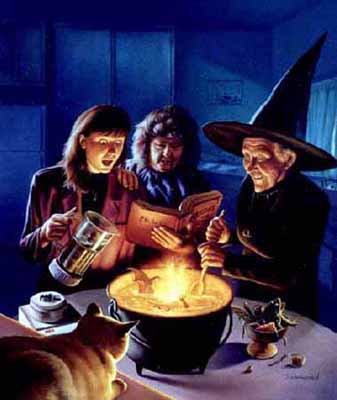 On the right of the shop was a long showcase. Hanging on the right wall were rows of shelves with apothecary jars, their openings facing forward, like jars in a candy store. They were filled with various herbs and animals parts.

Inside the showcase were amulets, talisman, charms, and crystals.

On the left side were many book shelves. Most were new, some were used. I chose a set of three small pocket books about Atlantean crystals.

At the back of the long rectangular shop one could find incense and oils.

There were small group of candles in various shapes and colors, as each mean something, and combined in the right way were said to be powerful. Many people light candles for different reasons, not just for spells. The light of a flame has a strong pull on our souls. The drippings of the wax often bring messages if one studies them. Often the candle will flicker, or suddenly shoot up very high as if guided by spirit. Some flames dance.

Many of the products were to be used to attract a lover if one followed the directions in the Book of Spells.

When Casting a Spell...

It's always best to begin by visualizing a white light surrounding yourself. 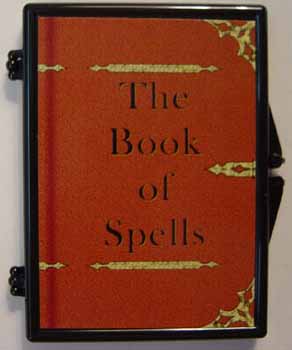 Prepare your Book of Spells and the items needed for your spell. 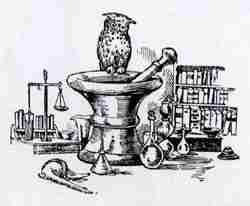 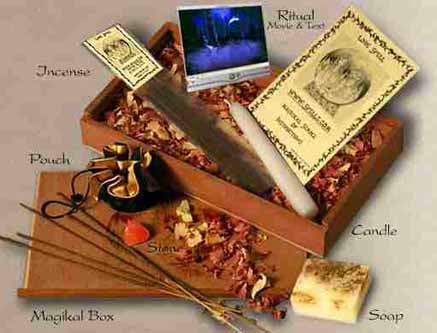 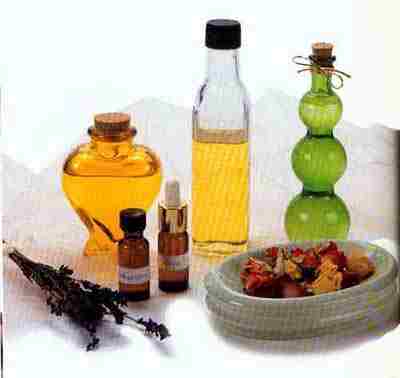 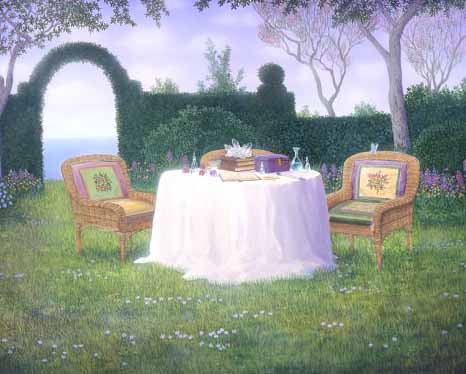 People use photos or other items belonging to the person they want to attract.

Many people light pink candles when casting a love spell. 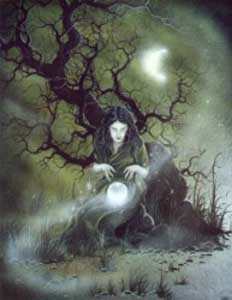 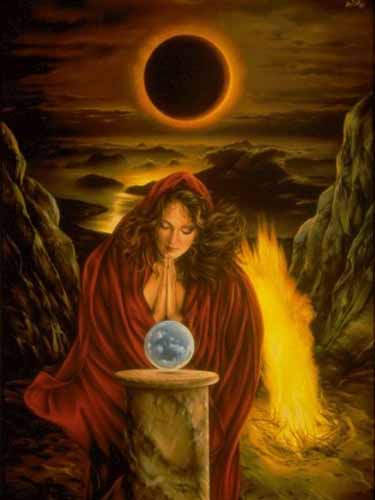 And Eclipses often empower a ritual. 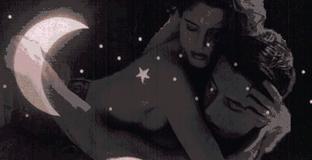 Some people use an aphrodisiac which is a food, drink or device that supposedly increases sexual desire or improves sexual performance. The word is named after Aphrodite, the Greek goddess of sexual love and beauty.

Lest we forget the ever-popular aphrodisiac

Spells are sometimes done by 3 people or repeated 3 times

This links with 3D or physical manifestation in third dimension. 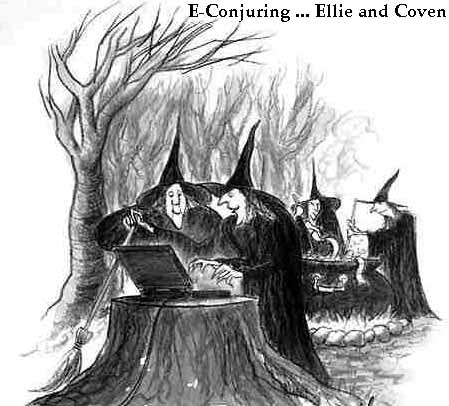 There are websites that teach love spells. As far as I am concerned, they are for entertainment purposes. I do not necessarily endorse their use to find a lover.

If you want, and feel that you deserve a relationship that is of the light, that will last, you must work on yourself. The power is internal, not external, and controlled by your soul. Allow the universe, once you are healed body, mind and spirit, to attract someone of like frequency. Your love spell is created by your positive intent and actions. You will find love and balance. Magic is done by the power of attraction. Attract what you want and if you don't get that partner, find someone better! Remember that if you tamper with the karma of another's destiny, if will come back to you in a negative way. What goes around...comes around, as reality moves full circle through the loop and cycles of time.