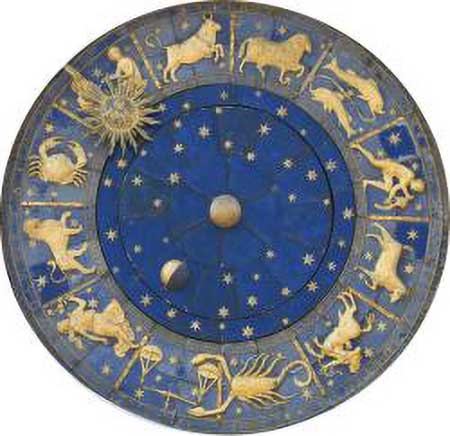 The ancient Babylonians used a calendar with alternating 29- and 30-day months. This system required the addition of an extra month three times every eight years, and as a further adjustment the king would periodically order the insertion of an additional extra month into the calendar.

The Babylonians, who lived in what is now Iraq, added an extra month to their years at irregular intervals. Their calendar, composed of alternate 29-day and 30-day months, kept roughly in step with the lunar year. To balance the calendar with the solar year, the early Babylonians calculated that they needed to add an extra month three times every eight years. But this system still did not accurately make up for the accumulated differences between the solar year and the lunar year. Whenever the king felt that the calendar had slipped too far out of step with the seasons, he ordered another extra month. However, the Babylonian calendar was quite confused until the 300's B.C., when the Babylonians began to use a more reliable system.

In Mesopotamia the solar year was divided into two seasons, the "summer," which included the barley harvest in the second half of May or in the beginning of June, and the "winter," which roughly corresponded to today's fall-winter. Three seasons (Assyria) and four seasons (Anatolia) were counted in northerly countries, but in Mesopotamia the bipartition of the year seemed natural. As late as c. 1800 BC the prognoses for the welfare of the city of Mari, on the middle Euphrates, were taken for six months.

The months began at the first visibility of the New Moon, and in the 8th century BC court astronomers still reported this important observation to the Assyrian kings. The names of the months differed from city to city, and within the same Sumerian city of Babylonia a month could have several names, derived from festivals, from tasks (e.g., sheepshearing) usually performed in the given month, and so on, according to local needs.

On the other hand, as early as the 27th century BC, the Sumerians had used artificial time units in referring to the tenure of some high official--e.g., on N-day of the turn of office of PN, governor. The Sumerian administration also needed a time unit comprising the whole agricultural cycle; for example, from the delivery of new barley and the settling of pertinent accounts to the next crop. This financial year began about two months after barley cutting. For other purposes, a year began before or with the harvest. This fluctuating and discontinuous year was not precise enough for the meticulous accounting of Sumerian scribes, who by 2400 BC already used the schematic year of 30 12 = 360 days.

At about the same time, the idea of a royal year took precise shape, beginning probably at the time of barley harvest, when the king celebrated the new (agricultural) year by offering first fruits to gods in expectation of their blessings for the year.

When, in the course of this year, some royal exploit (conquest, temple building, and so on) demonstrated that the fates had been fixed favorably by the celestial powers, the year was named accordingly; for example, as the year in which "the temple of Ningirsu was built." Until the naming, a year was described as that "following the year named (after such and such event)." The use of the date formulas was supplanted in Babylonia by the counting of regnal years in the 17th century BC.

The use of lunar reckoning began to prevail in the 21st century BC. The lunar year probably owed its success to economic progress. A barley loan could be measured out to the lender at the next year's threshing floor. The wider use of silver as the standard of value demanded more flexible payment terms. A man hiring a servant in the lunar month of Kislimu for a year knew that the engagement would end at the return of the same month, without counting days or periods of office between two dates.

At the city of Mari in about 1800 BC, the allocations were already reckoned on the basis of 29- and 30-day lunar months. In the 18th century BC, the Babylonian Empire standardized the year by adopting the lunar calendar of the Sumerian sacred city of Nippur. The power and the cultural prestige of Babylon assured the success of the lunar year, which began on Nisanu 1, in the spring. When, in the 17th century BC, the dating by regnal years became usual, the period between the accession day and the next Nisanu 1 was described as "the beginning of the kingship of PN," and the regnal years were counted from this Nisanu 1.

It was necessary for the lunar year of about 354 days to be brought into line with the solar (agricultural) year of approximately 365 days. This was accomplished by the use of an intercalated month. Thus, in the 21st century BC, a special name for the intercalated month iti dirig appears in the sources. The intercalation was operated haphazardly, according to real or imagined needs, and each Sumerian city inserted months at will; e.g., 11 months in 18 years or two months in the same year.

Later, the empires centralized the intercalation, and as late as 541 BC it was proclaimed by royal fiat. Improvements in astronomical knowledge eventually made possible the regularization of intercalation; and, under the Persian kings (c. 380 BC), Babylonian calendar calculators succeeded in computing an almost perfect equivalence in a lunisolar cycle of 19 years and 235 months with intercalations in the years 3, 6, 8, 11, 14, 17, and 19 of the cycle. The new year's day (Nisanu 1) now oscillated around the spring equinox within a period of 27 days.

The Babylonian month names were Nisanu, Ayaru, Simanu, Du'uzu, Abu, Ululu, Tashritu, Arakhsamna, Kislimu, Tebetu, Shabatu, Adaru. The month Adaru II was intercalated six times within the 19-year cycle but never in the year that was 17th of the cycle, when Ululu II was inserted. Thus, the Babylonian calendar until the end preserved a vestige of the original bipartition of the natural year into two seasons, just as the Babylonian months to the end remained truly lunar and began when the New Moon was first visible in the evening. The day began at sunset. Sundials and water clocks served to count hours.

The influence of the Babylonian calendar was seen in many continued customs and usages of its neighbor and vassal states long after the Babylonian Empire had been succeeded by others. In particular, the Jewish calendar in use at relatively late dates employed similar systems of intercalation of months, month names, and other details .

The Jewish adoption of Babylonian calendar customs dates from the period of the Babylonian Exile in the 6th century BC.