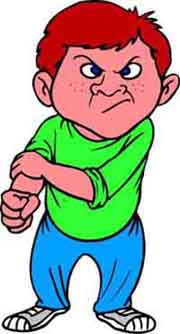 Bullies link with fear and abuse.

Have you ever been a bully? Has anyone bullied you making you feel like a victim? It all goes to fear factor. It is a power trip, not unlike the power felt by a rapist, which is not always about sex, but control and submission.

We spend our lives searching for power - at any age - the power to control our lives and our destinies. It is part of the soul seeking balance.

We are lead to believe that every soul ultimately wants to be happy. This is not true. Some people have no conception of what would make them happy at a soul level.

Some thrive on power, control and drama. Peace and balance is boring, though at the soul level, at any level, it is the end goal. When power is used to harm others, a bully being one aspect of the dysfunctional use of power, things will always get out of control.

Being a bully most often begins in childhood, particularly in early teen years, triggered by puberty. Bullies almost always have emotional problems and generally are abused at home. It's what they know. It's what's familiar.

In today's world, we know that one's behavior, if traced back to family patterns, especially of abuse, looking at their DNA codes, it would not be hard to find out how the bully got that way.

Those who get help will rise above it, while others will suffer their entire lives, stuck in that pattern. Bullies are in pain and self destructive.

The child who is being bullied could grow up to the play the victim role if this is not addressed and overcome.

In the movies, and on TV, we learn that the bully must be 'put in his place' by one who is stronger.

Sometimes the situation can be dealt with through families, the school, or other social systems.

Parents of bullies often are dysfunctional and see no problem with their child's behavior, often violent. We like to feel that the parents of the bully 'get it', but more often than not, they are wrapped up in their own dysfunctional issues, and don't help the child, often blaming it on others. The apple ... does not fall far from the tree.

Without professional help, the patterns remain, unchecked, emerging in late teens years when mental illness surfaces full blown which leads to rage disorder, then to violence later in life when the bully tries to function and doesn't know how.

It is ... after all ... a soul crying out for help and no one listening, helping and healing.

It goes to childhood and says, "Don't hurt me. Please don't hurt me!"

Reality has always been the same, and generally about abuse, discovery and recovery to gain balance and understand that reality is a virtual experience in emotion. You don't see it until you're healed.

When you've healed and you're done with the karma of that part of your journey, you look back and say, "Look how much energy I put into hurting myself and others that could have been better spent in more positive ways."

If your child is being bullied in school, on the playground, wherever, do something about it, even if you're not confrontational. Make a statement to your child about how to deal with the situation, for life is filled with bullies. I know that some parents avoid it all by home schooling their children, but that is a whole other blog dealing with the developmental issues of children.

It's all part of the program.


The Business of Bullying 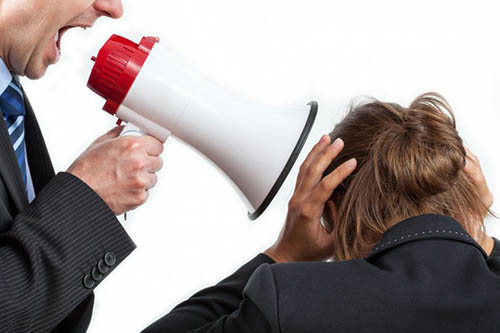 In case you haven't figured it out - bullying starts in childhood usually by children who are abused at home. It's the old mental illness genetic factor where those abused by mentally ill family members grow up and become abusers. Bullying usually goes with anger, frustration, and rage disorder. Sometimes bullies at work are referred to as micro-managers. They prey upon the week and those with low self-esteem. This is another really sad/bad subroutine of the hologram to create negative emotions.

What to Do When You Work With a Bully   Epoch Times - October 19, 2014
Approximately 54 million workers, or 35 percent of employees in the United States, report being the target of a bully at some point in their career, according to a new report. No one expects to go to work and feel as though they are back on the school playground, but bullying is all too common for many workers. And much of the bullying goes unreported. When you experience serious trauma in the workplace, it's difficult to explain to people what is happening to you.


Bullying is the use of force, threat, or coercion to abuse, intimidate, or aggressively dominate others. The behavior is often repeated and habitual. One essential prerequisite is the perception, by the bully or by others, of an imbalance of social or physical power. Behaviors used to assert such domination can include verbal harassment or threat, physical assault or coercion, and such acts may be directed repeatedly towards particular targets. Justifications and rationalizations for such behavior sometimes include differences of social class, race, religion, gender, sexual orientation, appearance, behavior, body language, personality, reputation, lineage, strength, size or ability. If bullying is done by a group, it is called mobbing. "Targets" of bullying are also sometimes referred to as "victims" of bullying.

Bullying can be defined in many different ways. The UK currently has no legal definition of bullying, while some U.S. states have laws against it. Bullying consists of four basic types of abuse Đ emotional (sometimes called relational), verbal, physical, and cyber. It typically involves subtle methods of coercion such as intimidation.

Bullying ranges from simple one-on-one bullying to more complex bullying in which the bully may have one or more "lieutenants" who may seem to be willing to assist the primary bully in his or her bullying activities. Bullying in school and the workplace is also referred to as peer abuse. Robert W. Fuller has analyzed bullying in the context of rankism.

A bullying culture can develop in any context in which human beings interact with each other. This includes school, family, the workplace, home, and neighborhoods. In a 2012 study of male adolescent football players, "the strongest predictor was the perception of whether the most influential male in a player's life would approve of the bullying behavior". Read more ...