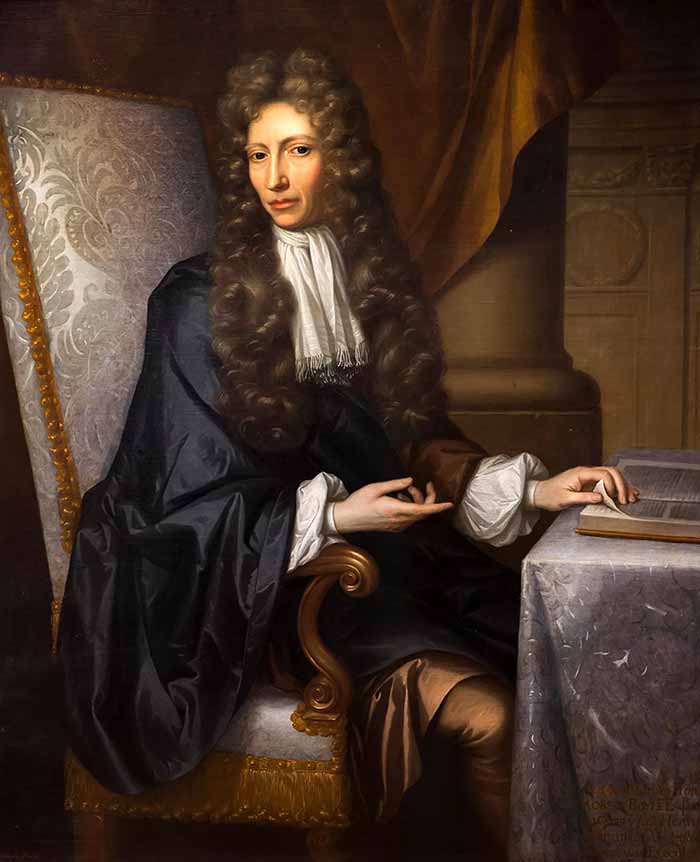 The Honorable Robert Boyle (January 25, 1627 - December 30, 1691) was an Irish natural philosopher (chemist, physicist, and inventor) , noted for his work in physics and chemistry. Although his research and personal philosophy clearly has its roots in the alchemical tradition, he is largely regarded today as the first modern chemist. Among his works The Sceptical Chymist is seen as a cornerstone book in the field of chemistry.

He was born at Lismore Castle, in the province of Munster, Ireland, as the seventh son and fourteenth child of Richard Boyle, the "Great Earl of Cork". While still a child he learned to speak Latin, Greek and French, and he was only eight years old when he was sent to Eton College, of which his father's friend, Sir Henry Wotton, was then provost. After spending over three years at the college, he went to travel abroad with a French tutor. Nearly two years were passed in Geneva; visiting Italy in 1641, he remained during the winter of that year in Florence, studying the "paradoxes of the great star-gazer" Galileo Galilei, who died within a league (3 miles) of the city early in 1642.

Returning to England in 1645 he found that his father was hospitalized and had left him the manor of Stalbridge in Dorset, together with estates in Ireland. From that time he gave up his life to study and scientific research, and soon took a prominent place in the band of inquirers, known as the "Invisible College," who devoted themselves to the cultivation of the "new philosophy."

The Invisible College refers mainly to the intrinsic ideology of the free transfer of thought and technical expertise, usually carried out without the establishment of designated facilities or authority structure, spread by a loosely connected system of word-of-mouth referral or localized bulletin-board system, and supported through barter (i.e. trade of knowledge or services) or apprenticeship. In earlier times the term also included certain Hegelian aspects of secret societies and occultism.

It is akin to the old guild system, yet holds no sway in recognized scholastic, technical or political circles. It is merely an attempt to circumvent bureaucratic or monetary obstacles by knowledgeable individuals and civic groups. Said entities generally feel a need to share their methods with fellow journeymen, so to speak, and to strengthen local techniques through collaboration. In short, it is a grassroots educational system.

They met frequently in London, often at Gresham College; some of the members also had meetings at Oxford, and in that city Boyle went to reside in 1654. Reading in 1657 of Otto von Guericke's air-pump, he set himself with the assistance of Robert Hooke to devise improvements in its construction, and with the result, the "machina Boyleana" or "Pneumatical Engine," finished in 1659, he began a series of experiments on the properties of air.

An account of the work he did with this instrument was published in 1660 under the title New Experiments Physico-Mechanical. Among the critics of the views put forward in this book was a Jesuit, Franciscus Linus (1595-1675), and it was while answering his objections that Boyle enunciated the law that the volume of a gas varies inversely as the pressure, which among English-speaking peoples is usually called after his name, though on the continent of Europe it is attributed to Edme Mariotte, who did not publish it till 1676. In 1663 the Invisible College became the Royal Society of London for the Improvement of Natural Knowledge, and the charter of incorporation granted by Charles II of England, named Boyle a member of the council. In 1680 he was elected president of the society, but declined the honor from a scruple about oaths.

It was during his time at Oxford that Boyle was a Chevalier. The Chevaliers are thought to have been established by royal order a few years before Boyle's time at Oxford. The period of Boyle's residence was marked by the reactionary actions of the victorious parliamentarian forces, consequently this period marked the most secretive period of Chevalier movements and thus little is known about Boyle's involvement beyond his membership. In 1668 he left Oxford for London where he resided at the house of his sister, Lady Ranelagh, in Pall Mall.

About 1689 his health, never very strong, began to fail seriously and he gradually withdrew from his public engagements, ceasing his communications to the Royal Society, and advertising his desire to be excused from receiving guests, "unless upon occasions very extraordinary," on Tuesday and Friday forenoon, and Wednesday and Saturday afternoon. In the leisure thus gained he wished to "recruit his spirits, range his papers," and prepare some important chemical investigations which he proposed to leave "as a kind of Hermetic legacy to the studious disciples of that art," but of which he did not make known the nature. His health became still worse in 1691, and his death occurred on December 30 of that year, just a week after that of the sister with whom he had lived for more than twenty years. He was buried in the churchyard of St Martin's in the Fields, his funeral sermon being preached by his friend Bishop Burnet. In his will, Boyle endowed a series of Lectures which came to be known as the Boyle Lectures.

Boyle's great merit as a scientific investigator is that he carried out the principles which Francis Bacon preached in the Novum Organum.

The Novum Organum is a philosophical work by Francis Bacon published in 1620. The title translates as "new organ" or "instrument". This is a reference to Aristotle's work Organon which was his treatise on logic and syllogism. In Novum Organum, Bacon details a new system of logic he believes to be superior to the old ways of syllogism. For Bacon, finding the essence of a thing was a simple process of reduction. One must list all the things which cause the object in question, and then dismiss each one as the primary cause until only one was left. This work was critical in the historical development of the scientific method.

Yet he would not avow himself a follower of Bacon, or indeed of any other teacher. On several occasions he mentions that in order to keep his judgment as unprepossessed as might be with any of the modern theories of philosophy, till he was "provided of experiments" to help him judge of them, he refrained from any study of the Atomical and the Cartesian systems, and even of the Novum Organum itself, though he admits to "transiently consulting" them about a few particulars. Nothing was more alien to his mental temperament than the spinning of hypotheses. He regarded the acquisition of knowledge as an end in itself, and in consequence he gained a wider outlook on the aims of scientific inquiry than had been enjoyed by his predecessors for many centuries. This, however, did not mean that he paid no attention to the practical application of science nor that he despised knowledge which tended to use.

He himself was an alchemist; and believing the transmutation of metals to be a possibility, he carried out experiments in the hope of effecting it; and he was instrumental in obtaining the repeal, in 1689, of the statute of Henry IV against multiplying gold and silver. With all the important work he accomplished in physics - the enunciation of Boyle's law, the discovery of the part taken by air in the propagation of sound, and investigations on the expansive force of freezing water, on specific gravities and refractive powers, on crystals, on electricity, on color, on hydrostatics, etc.- chemistry was his peculiar and favourite study.

His first book on the subject was The Sceptical Chemist, published in 1661, in which he criticized the "experiments whereby vulgar Spagyrists are wont to endeavour to evince their Salt, Sulphur and Mercury (element) to be the true Principles of Things." For him chemistry was the science of the composition of substances, not merely an adjunct to the arts of the alchemist or the physician. He advanced towards the modern view of elements as the undecomposable constituents of material bodies; and understanding the distinction between mixtures and compounds, he made considerable progress in the technique of detecting their ingredients, a process which he designated by the term "analysis."

He further supposed that the elements were ultimately composed of particles of various sorts and sizes, into which, however, they were not to be resolved in any known way. Applied chemistry had to thank him for improved methods and for an extended knowledge of individual substances. He also studied the chemistry of combustion and of respiration, and conducted experiments in physiology, where, however, he was hampered by the "tenderness of his nature" which kept him from anatomical dissections, especially of living animals, though he knew them to be "most instructing."

Besides being a busy natural philosopher, Boyle devoted much time to theology, showing a very decided leaning to the practical side and an indifference to controversial polemics. At the Restoration he was favourably received at court, and in 1665 would have received the provostship of Eton, if he would have taken orders; but this he refused to do on the ground that his writings on religious subjects would have greater weight coming from a layman than a paid minister of the Church. As a director of the East India Company he spent large sums in promoting the spread of Christianity in the East, contributing liberally to missionary societies, and to the expenses of translating the Bible or portions of it into various languages. He founded the Boyle lectures, intended to defend the Christian religion against those he considered "notorious infidels, namely atheists, theists, pagans, Jews and Muslims," with the proviso that controversies between Christians were not to be mentioned.

In person Boyle was tall, slender and of a pale countenance. His constitution was far from robust, and throughout his life he suffered from feeble health and low spirits. While his scientific work procured him an extraordinary reputation among his contemporaries, his private character and virtues, the charm of his social manners, his wit and powers of conversation, endeared him to a large circle of personal friends. He was never married. His writings are exceedingly voluminous, and his style is clear and straightforward, though undeniably prolix.

In 2004 The Robert Boyle Science Room was opened in the Lismore Heritage Centre, near his birthplace, dedicated to his life and works where students have the opportunity of studying science and participating in scientific experiments. Read more ... 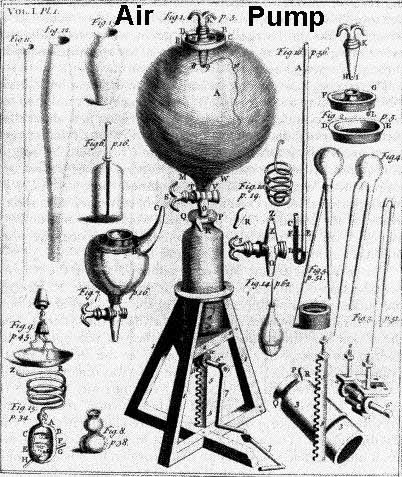 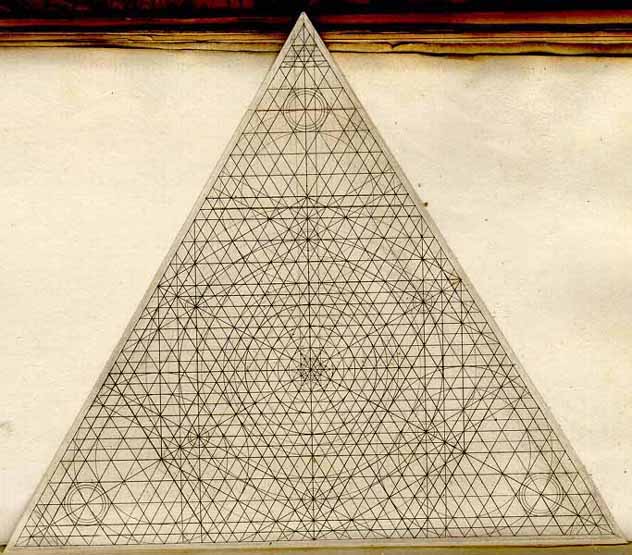