Stanley Kubrick uses alchemical allegories through out the film '2001: A Space Odyssey'.

The obvious analogies in '2001: A Space Odyssey' are the celestial alignments that proceed each of the alchemical transmutations in the film.

The second main allegory is that it is a black stone that initiates these transmutations. Again this mirrors the alchemical lore about the black stone causing the transmutation of the alchemist. Kubrick proves that he knows exactly what he is doing as his secret is in plain sight.

First one must remember that every time the monolith, the magical stone, appears in the film there is a strange beautiful celestial alignment occurring. And one must remember that every celestial alignment in the film is followed by a monolith, that is, except for one. That would be the lunar eclipse that occurs at the very beginning of the film. So the question arises - if we are to stay within the rules that are prescribed in the rest of the film - where is the monolith that is supposed to follow that first alignment?

The monolith itself doesn't show up in the film for ten more minutes after that first celestial alignment, so what gives here? Is Kubrick just showing off his incredible special effects? Is it just there to impress the viewer from the beginning? These things may very well also be true, but the ultimate trick of Kubrick's is embedded in the idea that the monolith must appear after every one of these magical alignments. Once again, the secret of the film is completely revealed from the beginning. There is a monolith that appears right after the opening sequence with the magical, lunar eclipse. But where is it?

It is right in front of the viewer's eyes! The film is the monolith. In a secret that seems to never have been seen by anyone - the monolith in the film has the same exact dimensions as the Cinerama movie screen on which 2001 was projected in 1968. This can only be seen if one sees the film in it's wide-screen format. Completely hidden, from critic and fan alike, is the fact that Kubrick consciously designed his film to be the monolith, the stone that transforms. Like the monolith, the film projects images into our heads that make us consider wider possibilities and ideas. Like the monolith, the film ultimately presents an initiation, not just of the actor on the screen, but also of the audience viewing the film. That is Kubrick's ultimate trick. He slyly shows here that he knows what he is doing at every step in the process.

The monolith and the movie are the same thing. 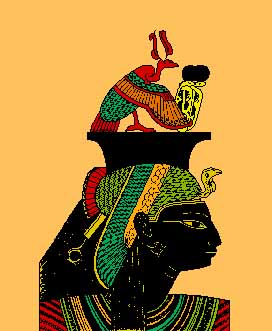 Isis was a magician who is thought to have sometimes used a shiny black stone. Her magic was allied to Thoth and given to mankind as a tool in resurrection after destruction in the alchemy of time. 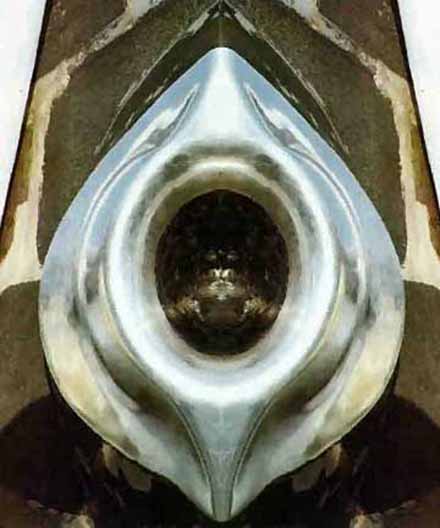