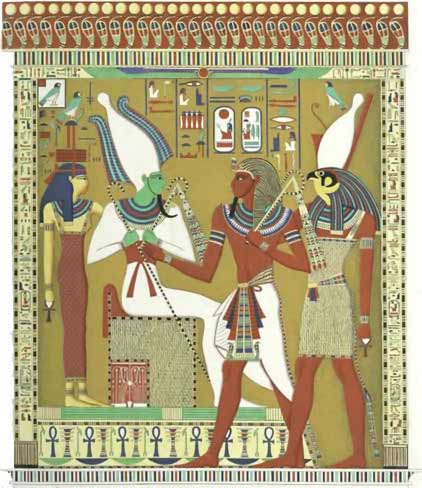 The Ankh is also known as key of life, the key of the Nile or crux ansata (Latin meaning "cross with a handle"), was the ancient Egyptian hieroglyphic character that read "eternal life". Egyptian gods are often portrayed carrying it by its loop, or bearing one in each hand, arms crossed over their chest. The symbolic representation of both Physical and Eternal life. It is known as the original cross, which is a powerful symbol that was first created by Africans in Ancient Egypt. The Ankh is typically associated with material things such as water (which was believed by Egyptians to regenerate life), air, sun, as well as with the Gods, who are frequently pictured carrying an Ankh. Egyptian gods carried the ankh by the loop, or held one in each hand crossed over their breast. Latinists interpreted the symbol as a crux ansata, "cross with a handle". 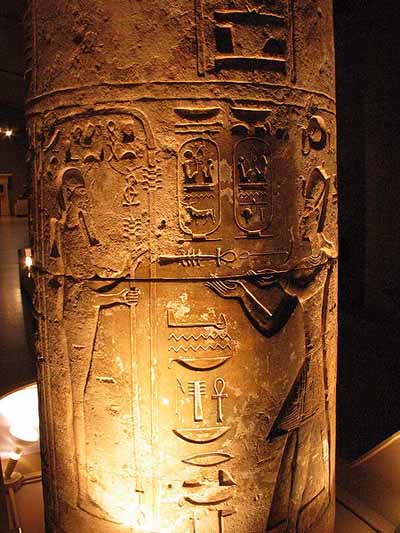 Ptah and the Ankh Djed

The precise origin of the symbol remains a mystery to Egyptologists, and no single hypothesis has been widely accepted. E. A. Wallis Budge thought it might have originated as the belt-buckle of the mother goddess Isis, an idea joined by Wolfhart Westendorf with the notion that both the ankh and the knot of Isis were used as ties on ceremonial girdles. Sir Alan Gardiner speculated that it represented a sandal strap, with the loop going around the ankle.

Still other theories include the notion that the ankh represents the sun crowning over the horizon, the path of the sun from east to west (with the loop representing the Nile), a stylized person, or that it is a combination of the male and female symbols of Osiris (the cross) and Isis (the oval) respectively, and therefore signifies the union of heaven and earth.

In their 2004 book "The Quick and the Dead", Andrew H. Gordon and Calvin W. Schwabe speculated that the ankh, djed and was symbols have a biological basis derived from ancient cattle culture (linked to the Egyptian belief that semen was created in the spine), thus:

Over time, the ankh has come to symbolize life and immortality, the universe, power and life-giving air and water. Its keylike shape has also encouraged the belief it could unlock the gates of death, and it is viewed this way by the modern Rosicrucians and other hermetic orders. The Coptic Christians have used it as a symbol of life after death.

The ankh appears frequently in Egyptian tomb paintings and other art; it often appears at the fingertips of a god or goddess in images that represent the deities of the afterlife conferring the gift of life on the dead person's mummy. The ankh symbol was often carried by Egyptians as an amulet, either alone, or in connection with two other hieroglyphs that mean "strength" and "health." Mirrors were often made in the shape of an ankh. Sometimes, in art, the Ankh was shown being touched by a god onto a person, which usually symbolized conception.

was used to represent the Roman goddess Venus. This symbol, known benignly as Venus' hand-mirrot, is much more associated with a representation of the female womb.

In astrology the same symbol is used to represent the planet Venus.

In Alchemy it represents the element copper.

In Biology to identify females.

Hermeticism is an Egyptian belief system whose beliefs may explain many of the Ankh's meanings. It is unclear whether their beliefs created the ankh or added many meanings, or remain a coincidence.

If the concept of the ankh suggesting the joining of the masculine and feminine is correct, with the top opened up to look similar to


The Ankh and the Cross

The long standing importance of the Ankh, and its deep symbolism to the dynastic Egyptians, lead to it being gradually adopted by the very early Christian church in Egypt (which eventually became the Coptic Church). This is highly significant, as it is almost certainly the genesis of the cross, as the central thematic symbol of the Christian religion.

A kind of cross, the ankh, had long been a central religous symbol. It was non-anthropormorphic, not even animal-like. The gods had all been animal faced-human figures. Akhenaten's benevolent sun, was the only other symbol that was so esoteric.

This cross implied all the "god ideas" that are very infinite in nature. As monotheism is at the core of Christian beleif, the ankh seemed a good choice to symbolize the belief in one all powerful God. Over time, the idea that his son had died on a kind of cross, made it seem, all the more appropriate. To other Christians, outside of the ankh's influence, the image the roman cross of execution was 'shameful" in the manner that a hanging noose would be, or headsman's ax.

The association in Egypt of the ankh cross with both God the Father, and Jesus the Son, felt right. Elsewhere, the main christian symbol at the time had been a stylised alpha, resembling a fish, and therefore known as Ichthys, the Greek word for fish. However, the new "more positive" symbol of a cross eventually spread throughout the Christianized Empire. The distinct circular or "gothic arch-like" upper part of the Ankh was kept well into mediaeval times.

The Ankh symbol often was being used as a Christian talisman. The illustration, here, of a Christian 3th Century bust with a transitional "ankh becoming a cross", was found in the 1960s in the Fayuom ,Egypt, acheological region. It was often worn as an amulet to extend one's life and placed on the mummy to energize the resurrected spirit.

The Ankh of the God Anubis is related to the protection of the dead, that of Sekmet, War, Hapi related to the living waters of the Nile and Amen, the spirit God, the breath of life. 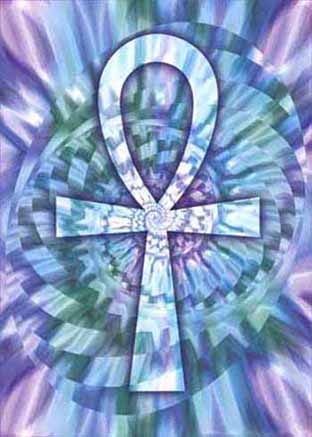 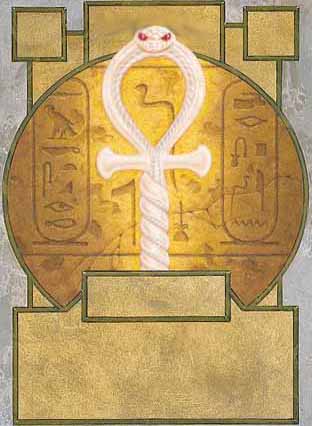 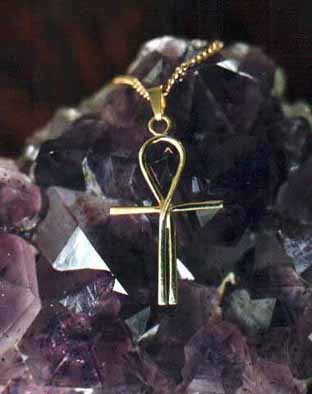 Connecting the pillar with the loop of the ankh - Electricity 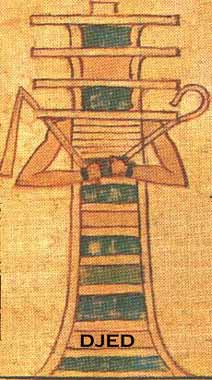