The Passing of Aunt Rose Crystal 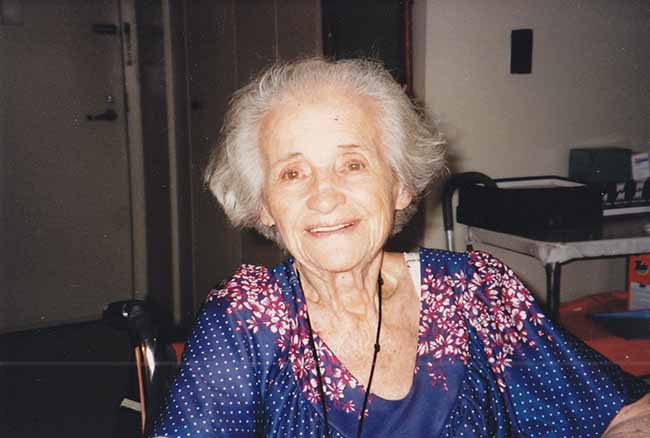 Soul groups gather under many different circumstances. Sometimes they are joyous, such as weddings and births. Other times they unite in body mind and spirit to say goodbye and share energies based on their soul group's journey in third dimension.

On Wednesday, a clear crisp fall-like day in New York, I attended the funeral of my Aunt Rose Crystal, who died on Saturday at age 98. Rose was the second born of children to Samuel and Belial Crystal who came to the US from Russia in 1909.

This was a small grave side service attended by a few relatives. Most of the Crystals are not in New York so it was difficult for them to physically, though the energies of all of the Crystals relatives was present, including my father Murray, Rose's sister.

The Rabbi and I immediately felt connected as we stood there talking about Aunt Rose and other spirit energies present at her service. He is a man about 40 years old, from Brooklyn. The service was in two languages, poems read and family closure had by all.

This is the time and energies of Rosh Hashanah and Yom Kippur, just a few weeks away.

As I stood in the cemetery I was greeted by many souls including the entire Crystal soul group that belonged with Samuel and Belial Crystal. I mentioned this to the group, as they all know what I do. The deceased were there with their now reunited ten children.

Some people believe I saw and spoke with them while some were still stuck in the belief that consciousness ceases after the physical experiences.

As the service finished someone made a comment about spirit not actually being there.

Ellie was not taking that 'lying down'.

I immediately told the spirits that they were acknowledged and I heard Aunt Rose laugh. Suddenly a stone fell out of nowhere landing on the top of her coffin. It was just spirit making a point! We all were startled and there was that nervous laugh that permeates a situation when one is not sure what to say.

My father, Murray and Aunt Rose, came to me and pointed to Manhattan. "A lot of souls will cross over very soon, and all at the same time," Rose said. A chill raced through my body with her words. And the other Crystals came to say that would be the case. For weeks I have been feeling that something bad would happen in September that would change the course of destiny forever, yet was meant to be.

As turned back to the living family as my cousin, Richard, said that he wanted to visit the grave site of Samuel Crystal who died in 1945 though no one had the exact location numbers of the plot. The cemetery is quiet large dating back to the 19th century. The search was on to find Samuel's grave.

I thought to myself, How odd that no one believed that Samuel could lead me to his grave! Oh well! I asked him where he was buried and he told me.

I walked right to his grave site then called to the other people to tell them I had found his gravestone.

They walked over, shocked that I had just walked right to it as it was in a different part of the cemetery and I had never been there before. They asked how I knew where to go and I told them that Samuel had guided me. Perhaps they believed me and perhaps not, but I didn't care. I had made my point and they were duly impressed and hopefully believing.

And so we honored all of the Crystal bloodline, those present in body and those visiting in spirit. We honor Rose a woman of courage who laughed at life and brought joy to those around her even at age 98 when she taught dancing lessons to those in the nursing home. We honor those who we have lost yet still remain connected to us through the heart, the soul, and the rose and crystal bloodline.

The spiraling energies through which we consciously

enter this reality and through which we leave.