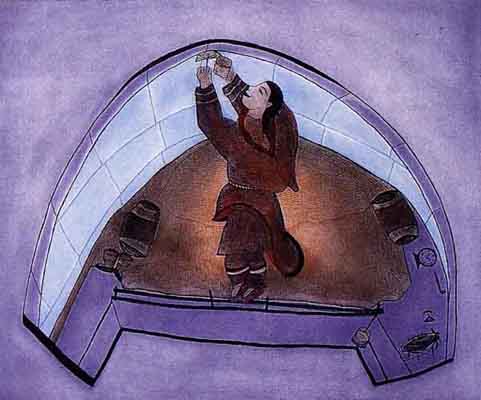 Once upon a time there was a woman named Chanyee who lived in a region in the far north that went by the name Thule. Unlike the rest of the inhabitants, she had come from a place outside of space and time. Chanyee often had visions and dreams of many worlds, understanding her connection to them. During the long winter months she told stories of this place to the children, sharing imagery about a magical land where anything could happen and people lived in love and light created by The Great Crystals. 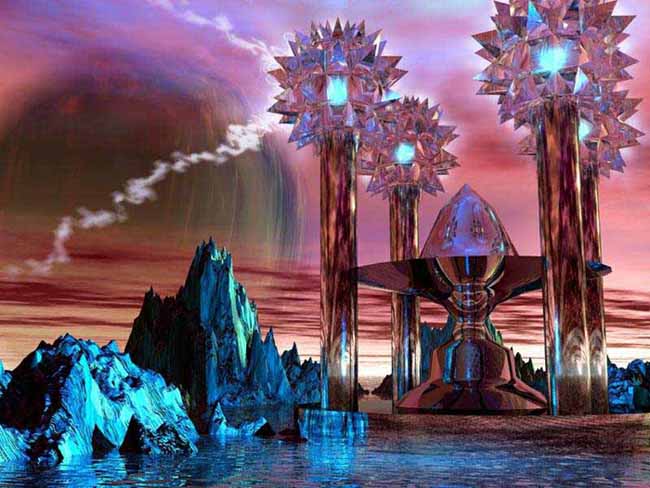 That day Chanyee read them a poem called Ultima Thule - linking Thule with The Quest - based on the creative imagination of a poet named Henry Wadsworth Longfellow as he pondered the journey of humanity. [Longfellow predominantly wrote lyric poems which are known for their musicality and which often presented stories of mythology and legend. He became the most popular American poet of his day and as well as being successful overseas.]

With favoring winds, o'er sunlit seas,
We sailed for the Hesperides,
The land where golden apples grow;
But that, ah! that was long ago.


How far, since then, the ocean streams
Have swept us from that land of dreams,
That land of fiction and of truth,
The lost Atlantis of our youth!


Whither, ah, whither? Are not these
The tempest-haunted Orcades,
Where sea-gulls scream, and breakers roar,
And wreck and sea-weed line the shore?

Ultima Thule! Utmost Isle!
Here in thy harbors for a while
We lower our sails; a while we rest


From the unending, endless quest.


One night a white light appeared in Chanyee's igloo,
the Ancient One manifesting before her. 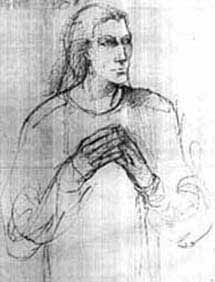 He showed her igloos forming a stargate grid as auroras floated above. 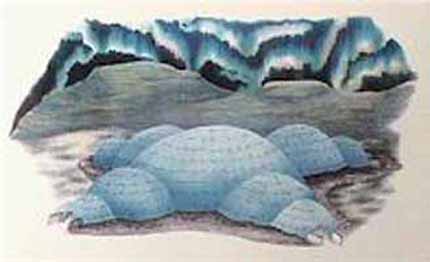 "Behold the sky," he said, "for when the northern lights 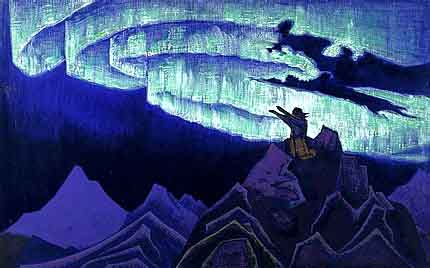 are affected by the mighty forces of the sun 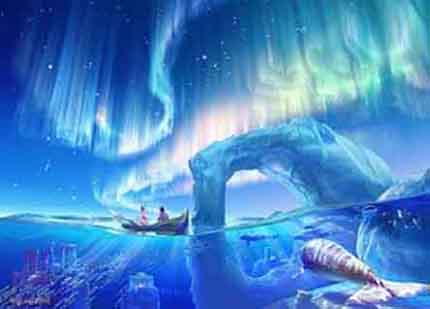 great change returns to the Earth." 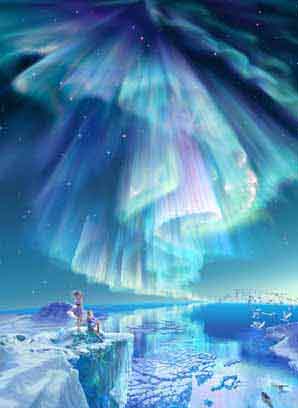 
The Ancient One showed her Thule as it once
existed in another time and place in Atlantis.

Chanyee saw herself living there,
when Thule was not covered in ice.

The land was fertile and there existed a highly evolved society. 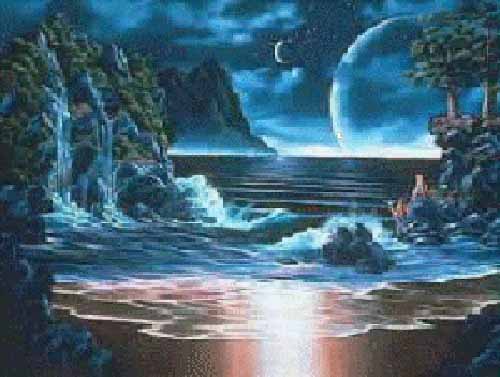 The heavens were different - as were the seas. 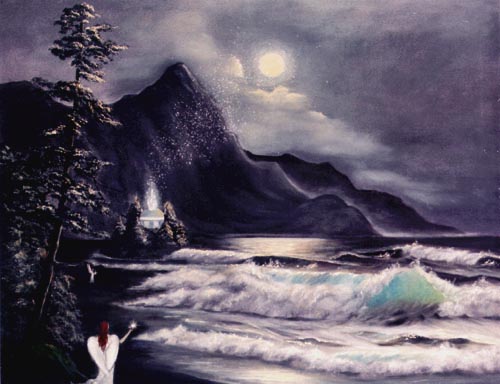 And life centered around the Great Crystal Temple. 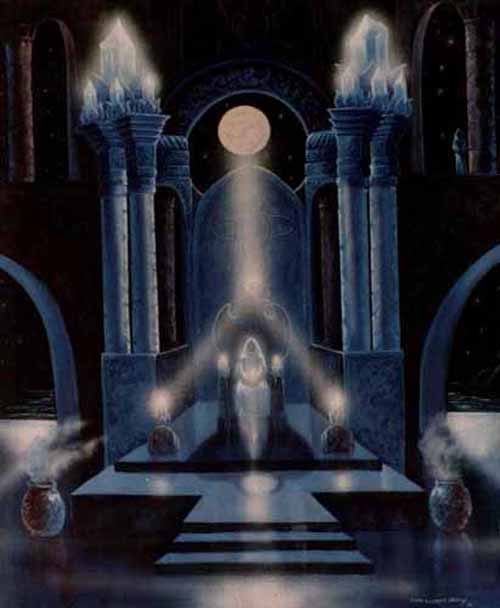 It was there she lived as a healer using crystal harmonics to balance the energies of all sentient life forms. When the great destruction fell upon Atlantis and the Earth cried out in a mighty roar - she could no longer heal those who came to her - for that reality would cease to exist. The Ancient One had come, as he does when one story ends and other begins. He showed her the image of what we call the swastika a vehicle that moves between time and space. She saw a connection to a man named Adolf Hitler and a group of people called the Thule Society. Hitler was looking to control the next evolution of humanity at a time it was struggling to be spiritually free. He was searching for a way to create the ancient Atlantean root race as an answer to his folly.

To protect the DNA codes of the Atlanteans, they had been
frozen within her crystal matrix, which Hitler could not access 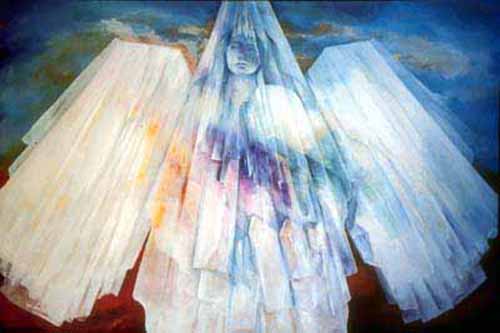 the knowledge stored for the next evolution of consciousness.

In the second decade of the 21st Century, the swastika would reverse - spiraling backwards - merging with the Atlantean grid - HER crystal knowledge released so humanity could understand what was about to happen in the cycles of existence. Once again the sun would speak as the lights from the north opened a stargate to the place called home. 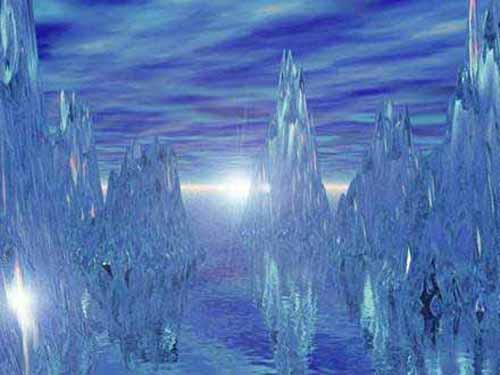 The land once again would quickly freeze preserving the knowledge until it was time to be released as the souls moved to another experience. One day all would thaw, the knowledge returning to water which would flow into the oceans becoming the next collective consciousness of humanity. Souls would speak of this place Atlantis recording stories about it so they could remember their time in this lost civilization that has gone by many names.