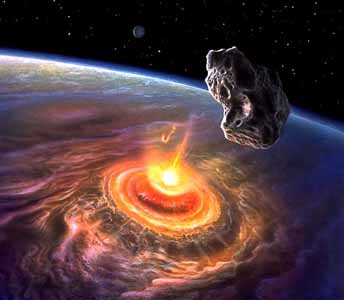 Several Dooms Day theories reflect that the Earth will be hit by an asteroid causing global destruction. They appear to be based on Biblical prophecies reflecting A Sign in the Heavens.

Revelation 8:8 -- "and the second angel sounded, and as it were a great mountain burning with fire was cast into the sea and the third part of the sea became blood."

Verse 10 -- "and the third angel sounded, and there fell a great "astare" from Heaven, burning as it were a lamp, and it fell upon the third part of the rivers, and upon the fountains of the waters;"

Revelation 16:21 -- "and there fell upon men a great hail out of heaven, every stone about the weight of a talent and men blasphemed God for the plague there of was exceeding great."

Revelation 18:21 -- "and a mighty angel took up a stone like a great millstone, and cast it into the sea saying, 'thus with violence shall that great city Babylon be thrown down, and shall be found no more at all."

January 2022 - There are many asteroids out there some of which could impact Earth and cause great damage. Today we have an Asteroid Defense Systems Scanning the Sky for Threats From Space. At the end of our Simulation any and all things are possible. 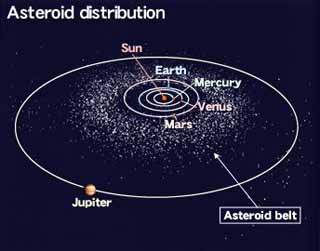