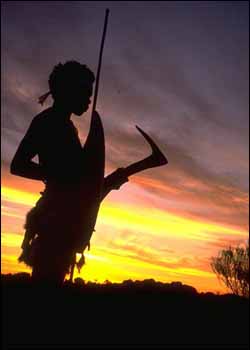 I was in dreamtime. I seen this great wave going. I tell people about this wave. It wasn't a tidal wave. This was a spiritual wave. So, to me, I believe that the Dreamtime is going to be that.

I believe the revival is going to start in Australia when we're Dreaming. It's the humming bee that I'm talking about. And love. We've got to learn to love one another.

That's coming because we don't consider this land as our Mother. We've taken away the balance, and we're not putting it back.