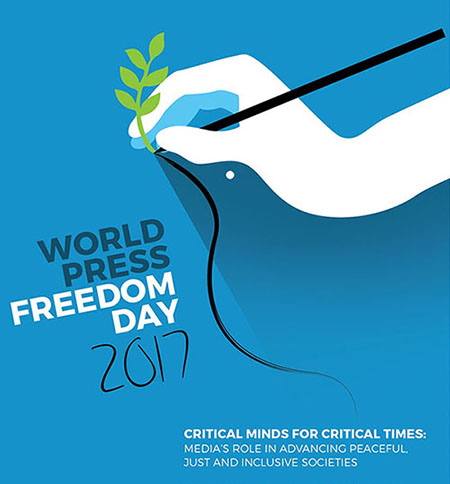 Where would we be without the ability to express ourselves in written words? We would be back in the "dark ages" when things were hidden in caves (the mind) but not recorded. Ancient tomes and manuscripts still come to light connecting, past, present and future - clues for readers to unravel the journey of humanity in its many facets. Life is after all a mystery to find the truth behind the illusion. What we read may not always be fact but something attracts the reader to those words when they are ready to read them in any form.

I've never seen as much attention focused on the press than that which resulted after the Trump Insert began in 2015. Everyone got involved expressing their opinions on fake news and truth. Reality is a mix of both to keep readers engaged. Has Freedom of the press ever been manipulated? We know it has but that's our reality ... abuse, healing, followed by truth at the end of ACT III ... third dimension or physical reality.

Keep reading and writing - be it your personal journey to heal, a blog to help others, a children's story which reflects the emotional body, or something else, as we all have a story to tell.