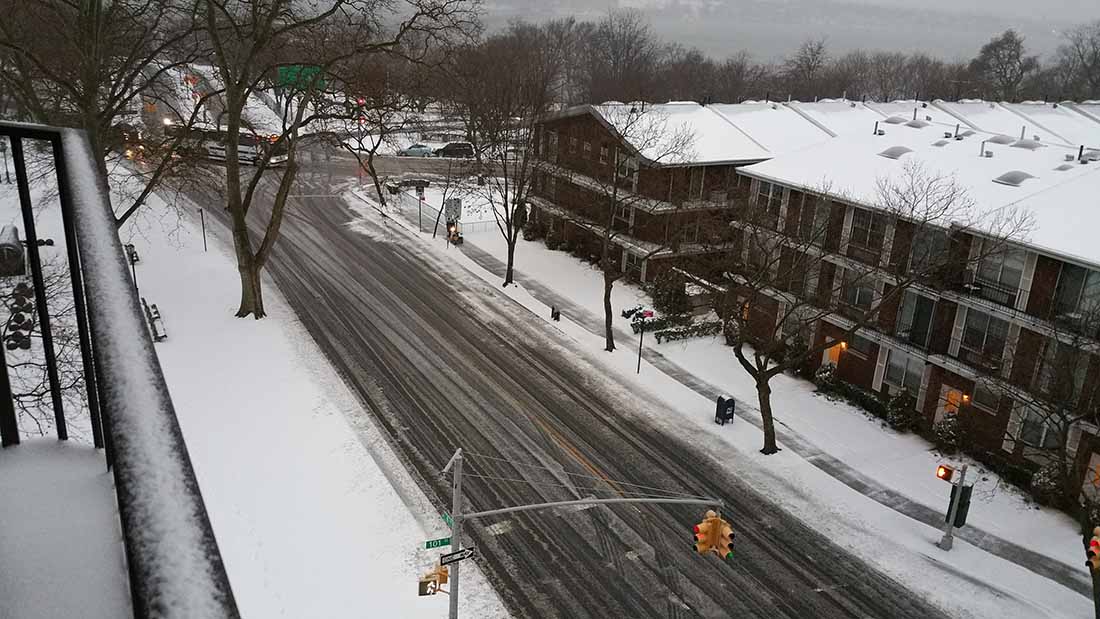 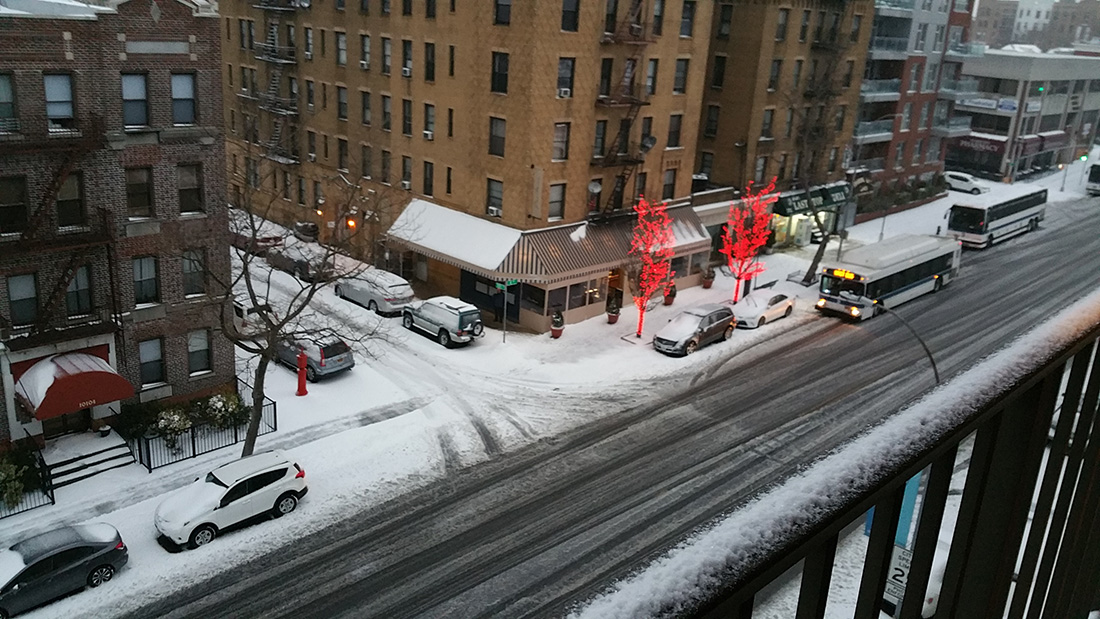 Tuesday - I woke up before sunrise to the sounds of snowplows scraping along 4th Avenue. The almost full moon was barely visible through the fog but the falling snow could be seen against the street lights. In the distance the sounds of sirens and buses were heard most of the day. Streets throughout the city were basically deserted for clean-up as we experienced a wintry mix of snow, sleet and freezing rain, making the snow too heavy to shovel for most people especially those with health issues. Some people took the day off, while others worked from home. Prior to the storm many people had mentioned that it had been a good winter ... but like everything else ... it's not over till it's over. I always consider the winter a four month event in my area - December through March. Spring officially arrives next week. I feel we are going to jump from winter to summer weather with a few nice spring days as the planet warms up and record high temperatures are set every year.

Wednesday - the temperatures remain below freezing so there won't be much melted until tomorrow. Luckily Brooklyn only had about six inches of snow. For now there's lots of black ice and slushy messes everywhere. The morning news showed piles of snow along Fifth Avenue in Manhattan. All of that should be cleared away in two days for the St. Patrick's Day parade.