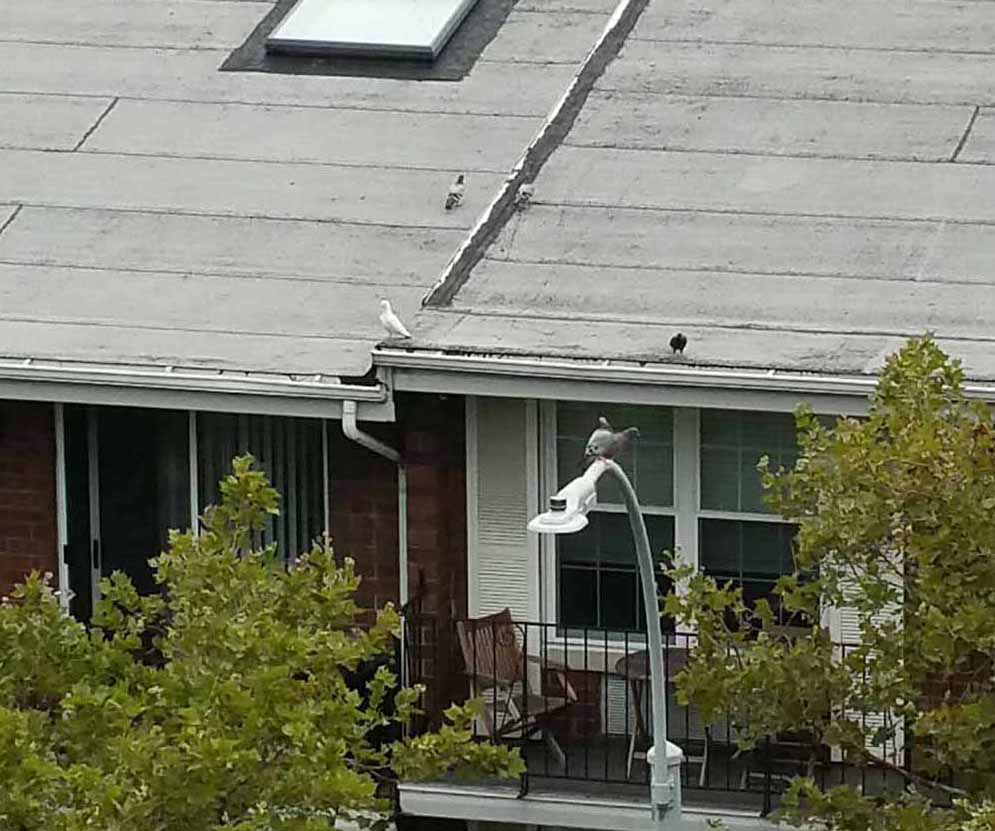 There once was a white pigeon in Brooklyn who flew onto a rooftop across the street from my apartment on 4th Avenue, to join other local pigeons (about 10 of them). White pigeons always remind me of Nikola Tesla, so I watched him try to join his other fine feathered friends. Much to my surprise they paired off in twos ... walking ... then flying away leaving him alone. Tesla would have probably been upset and tried to befriend him but remember Nikola in this reality it seems that birds of a feather .... My white pigeon looked around then flew off undeterred by rejection.


Thursday morning ... I looked out and noticed he was flying with the rest of the flock though he was the last bird and still seemed to be isolated.

Guess who I met today? There I was walking to my car when I saw him ... my white pigeon. He all but walked up to me but got skittish when I tried to take a picture. He was still with the other pigeons and I wished I could take him home as winter approaches. I think I'm going to call him Tesla. (Vidimo se uskoro!) - See you soon! 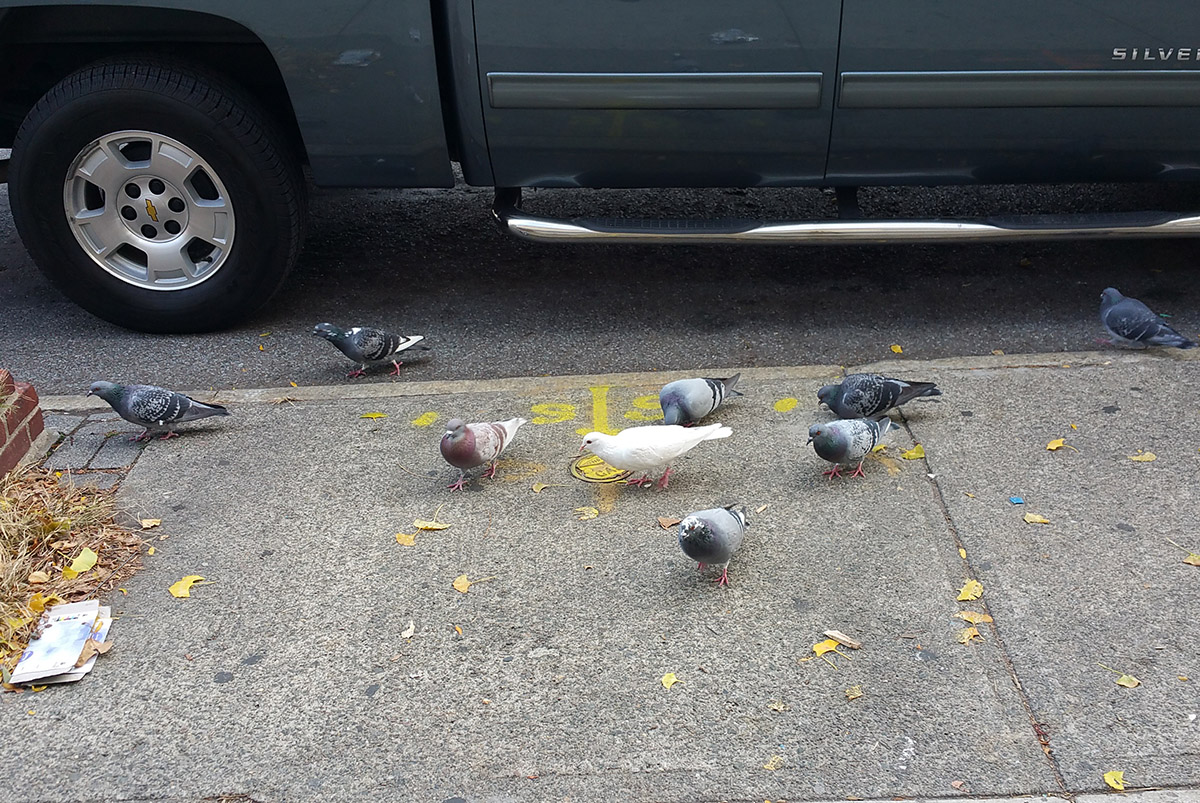 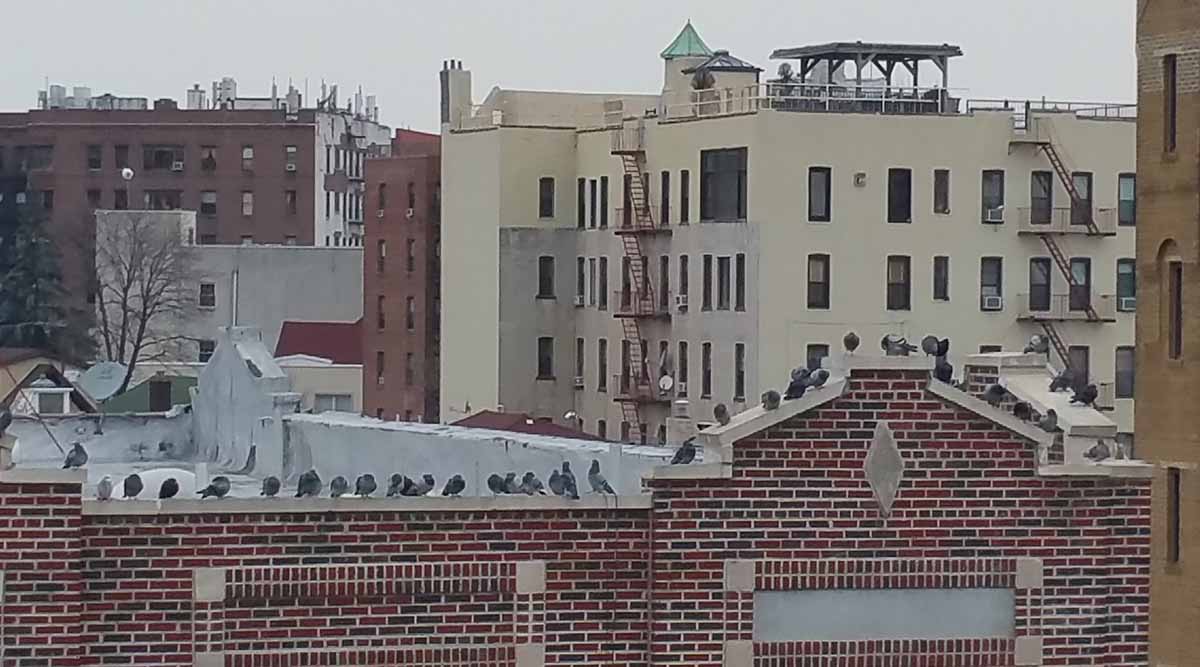 As of the post, the first snow of the season is ending towards the city, the weatherman bringing updates. Tesla is second from the left.

Many people believe our recent extreme weather events are guided by something beyond natural atmospheric conditions. Today I found this video from the History Channel. Was there a greater message for me? I'm still following Hurricane Irma among the other devastating events that are occurring now. (See list below) 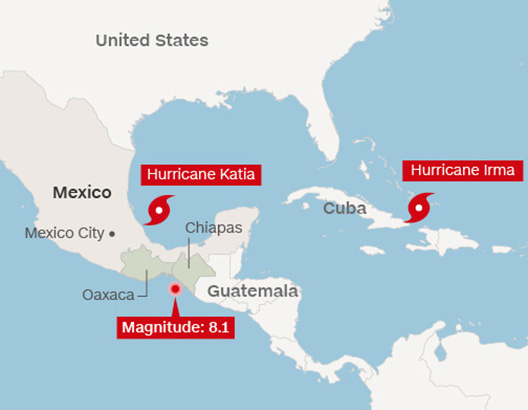 Hurricane Irma in the aftermath of Hurricane Harvey 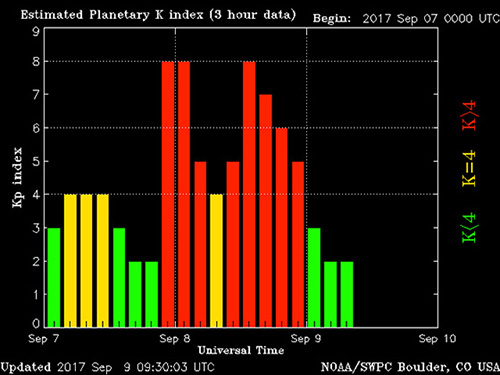