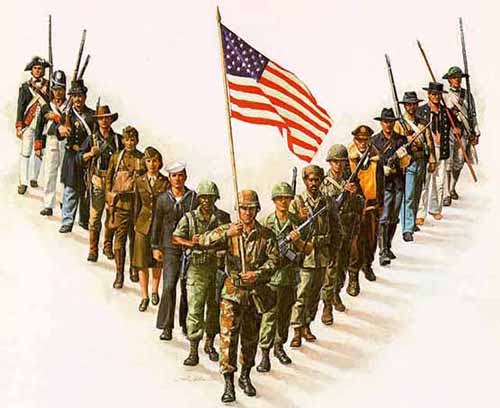 US Veterans Day is the anniversary of the ending of World War I.
Major hostilities ended at the 11th hour of the 11th day of the 11th month.

Today we honor those who served in the US Armed Forces. The military has changed since it was first created along with society. People joined for different reasons from serving their country, to seeing the world, to getting an education, to run away from something to find themselves, family history, or something else. As far as history provides, there will always be wars and a military facing dramas internal and external as are all things in our dualistic reality.

As I live down the street from Fort Hamilton there are always celebrations and in the Senior Center just outside. I was born during WWII, remember dog tags and shelter drills during the Korean War, losing friends during Vietnam, professionally called to Wash. DC in 2003 the day before we went to war in the Middle East, have many clients who are veterans ... and on and on.

Have you ever had a past/future life in the military? Close your eyes, take a slow deep breath and see what your consciousness wants you to remember on this day, especially as it might impact your journey in this timeline. Take your time to see the imagery, hear the sounds of war, and other sensory experiences. 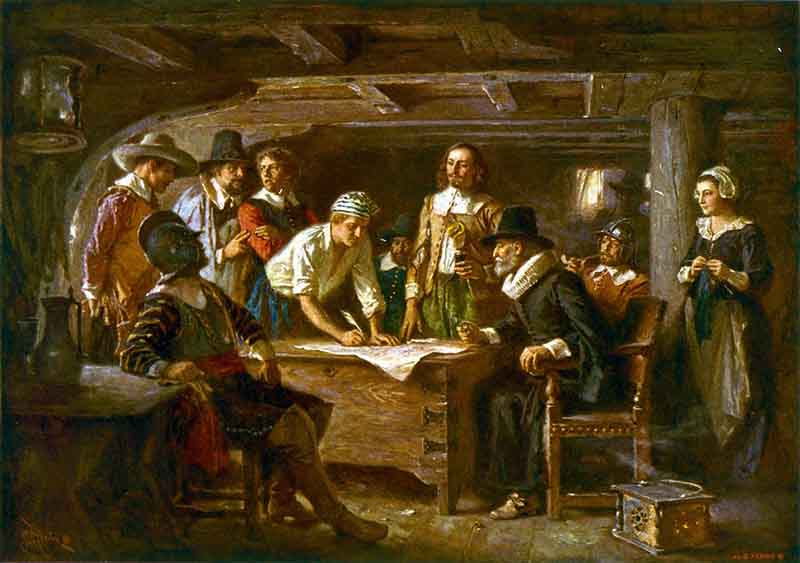 The Mayflower Compact was the first governing document of Plymouth Colony. It was written by separatist Congregationalists who called themselves "Saints". Later they were referred to as Pilgrims or Pilgrim Fathers. They were fleeing from religious persecution by King James of England. They traveled aboard the Mayflower in 1620 along with adventurers, tradesmen, and servants, most of whom were referred to by the Separatists as "Strangers". The Mayflower Compact was signed aboard ship on November 11, 1620 by the Pilgrims. They used the Julian Calendar, also known as Old Style dates, which, at that time, was ten days behind the Gregorian Calendar. Signing the covenant were 41 of the ship's 101 passengers, while the Mayflower was anchored in what is now Provincetown Harbor within the hook at the northern tip of Cape Cod.