Nikola Tesla Is Driving Me Crazy 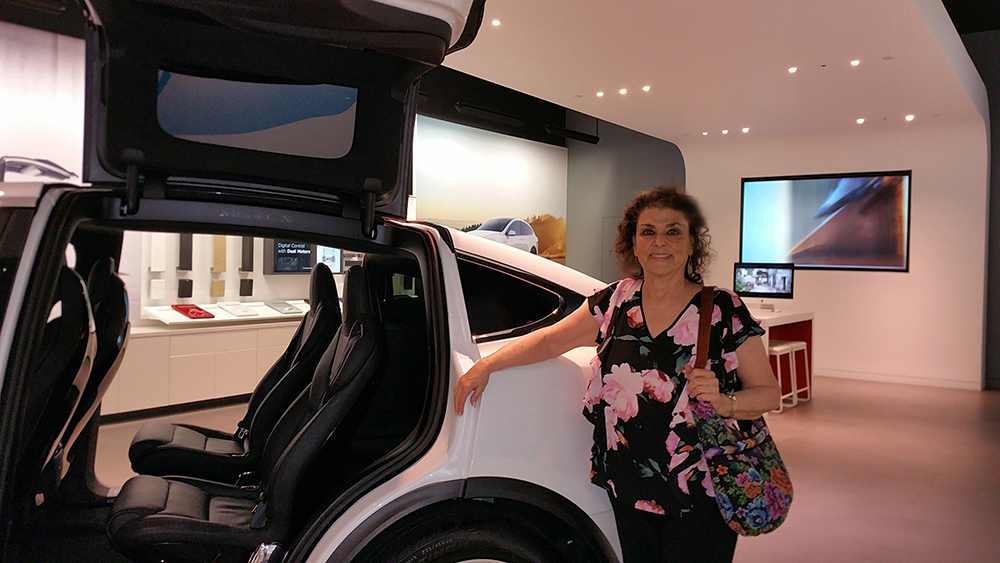 I used my cell phone to make the video. The battery was 100% full.
When I was finished ... the battery was dead. It usually is down to 86%. I charged it and uploaded to Youtube. 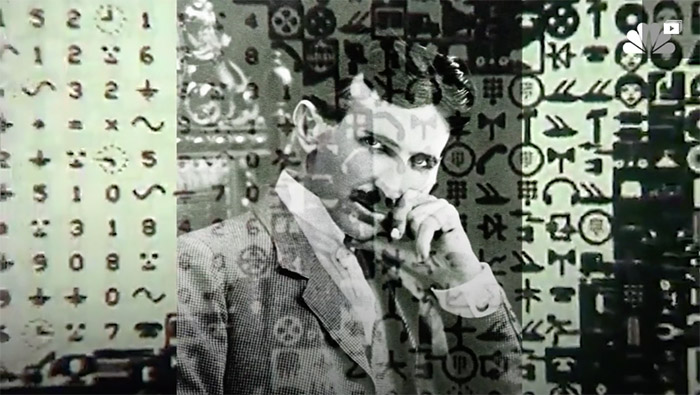 
Really fascinating Ellie. While I was watching your video the whole screen went green a few times and looked sort of like an X-ray would look. Your face also was breaking up now and then. I watch your videos and I have never seen this happen. You are on to something. Thanks for sharing it. The screen was green brighter than the picture above but still very synchronistic and the way your face was all breaking up as if it were in different times. I have a connection to Montauk. From Ellie: Sounds like the Matrix.

Ellie, the first time I came across your website was the moment that I had found a picture of my aunt and uncle in Egypt and the picture I was looking at was exactly the picture of you on your screen. I have been following your blog ever since. Now I am wondering did anyone else experience these glitches while watching your video?

Gail had a similar experience with my next two videos but took a snap shot of each video:

I wanted to tell you about some Tesla synchronicities. Two days ago I visited Edison's' winter home http://www.edisonfordwinterestates.org . During my visit I kept thinking about EdisonŐs legacy and how it was clearly based on a number of TeslaŐs creations. Then yesterday we had a massive lighting storm and I had a conversation about how Tesla attributed many of his creations to his understanding about the nature of lightning.

Much to my surprise, yesterday I watched your video about TeslaŐs visit. I got a real kick out of it. Did you consider that his psychic visit might be the exact contact that gave him the understanding about modern cell phone technology that he predicted in 1926? 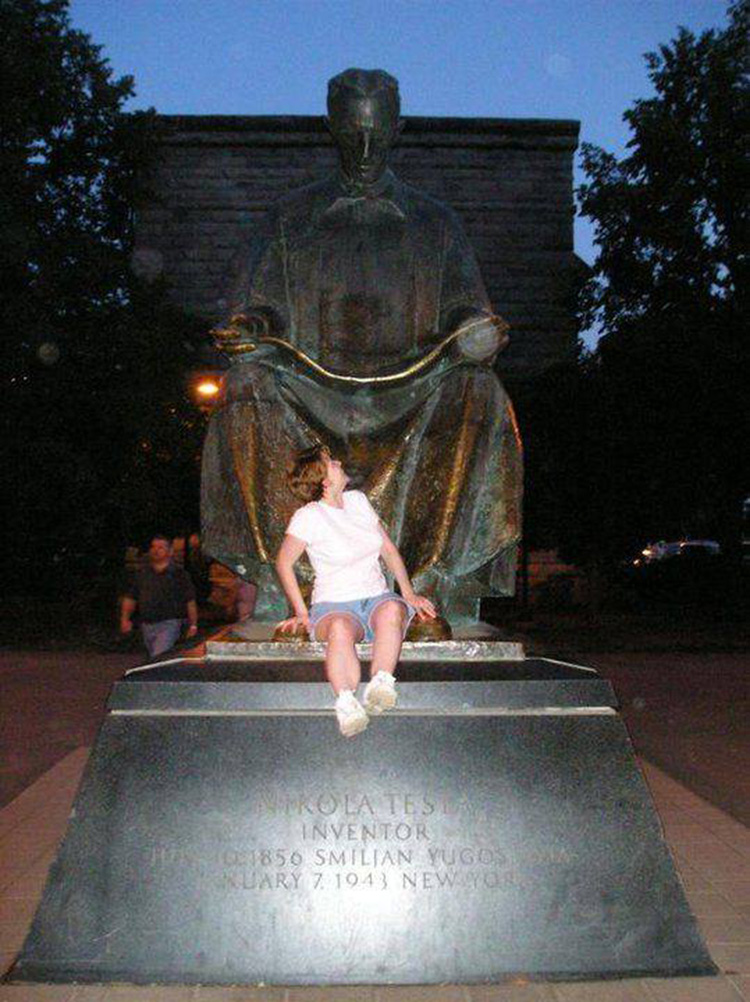 My Nikola Tesla experience isn't as cool as yours but this what happened. I was looking at the book on his statue because I wanted to sit on it but I was scared because it was so big. At that moment my friend took this picture. The picture has an interesting orb beside the book near Tesla's left hand. It looks like I knew it was there! I have always felt a tie to Tesla though far from the scientific type. Wardenclyffe Tower is on my bucket list!

I had the most awesome dream last night! You were the owner of a stunningly gorgeous, ritzy beauty salon and I went there to have my nails done. The entrance to the salon was so up-scale, yet inviting. The decor was fabulous with an abundance of glass, mirrors and polished, glossy white surfaces. The salon was very busy, with many ladies receiving various beauty treatments along the right interior wall. They were so happy and stylish, being treated like royalty.

Suddenly, from amidst a group of ladies, you stepped out of the crowd and looked as if you had just received all the treatments your salon had to offer. Your hair was so shiny and full of body, like it had been rolled on large rollers and spritzed with an exotic oil. Your smile was beaming. Everything seemed to 'pause' and then the roof of the salon opened to the sky, magically.

You very calmly stated that this Reality we are currently experiencing was about to end, but that you could create. You then placed your hands out in front of your waist, 5-6 inches apart, and the most amazing thing happened! Beautiful purple lightning struck between your hands and you could control it. There were maybe 6 lightning bolts between your hands at once. As you moved your hands slightly further apart the bolts would thin and as you moved them closer together, they would thicken and become brighter.

You then told me to do the same thing; I could, but my lightning wasn't nearly as strong as yours. I could produce three bolts which would glow for a few seconds and fade, but I was still able to feel the energy. It felt like a strong static charge, or when you try to force two like-charged magnets together. The force was so exhilarating!

Then, you threw your lightning upwards, way into the sky, and small stars formed. They paused for a moment and then sailed out into the cosmos, growing as they went. You were making a new universe/Reality.

This morning, as I reflected on the energy of the dream, I realized that the way the atmosphere felt in the dream, I had experienced in my life twice before. Both times were when I was in the room with dying grandparents. They had lived long lives, had done what they came here to do, and were ready to go. I sat for several hours with each of them, knowing they would pass at any time. I could feel their souls outside their bodies, watching and waiting, ready to cross over. As I reflected, I realized this Reality is at the same point. This Reality is nearly done with the purpose it was created to fulfill. We will soon be off to a new Creation. I smile, wondering what those who are Creators will come up with next. I know you are among that group, Ellie! Cheers to creation and rebirth!