Across Assam in India, sometimes in plain sight and sometimes hidden in the wilderness, archaeologists have found more sites to add to a long-standing mystery. In four previously unknown locations, 65 giant sandstone vessels bulge from the ground.

Some of these ancient objects are tall and cylindrical, others bulbous, yet others shaped like two cones stacked together. Some are partially or almost fully buried. Who made them, and what purpose they served, is unknown. Whatever their use, however, it seems more widespread than we knew.

The discovery brings the total number of known megalithic jar sites in Assam to 11. Similar sites have also been found in Laos and Indonesia. Together, they date between the second millennium BCE and 13th century CE. Human remains found in and around the Laos jars suggest those ones may have been used for mortuary practices.

Megalithic jar sites in Assam were first formally described in 1929 by British civil servants Philip Mills and John Henry Hutton, who reported six sites. The seventh site wasn't discovered until a 2016-2017 expedition, part of work to relocate and catalog the sites described by Mills and Hutton.

Led by archaeologist Tilok Thakuria of North Eastern Hill University in India, work recommenced in 2020, and that's when the previously unknown sites started to emerge. 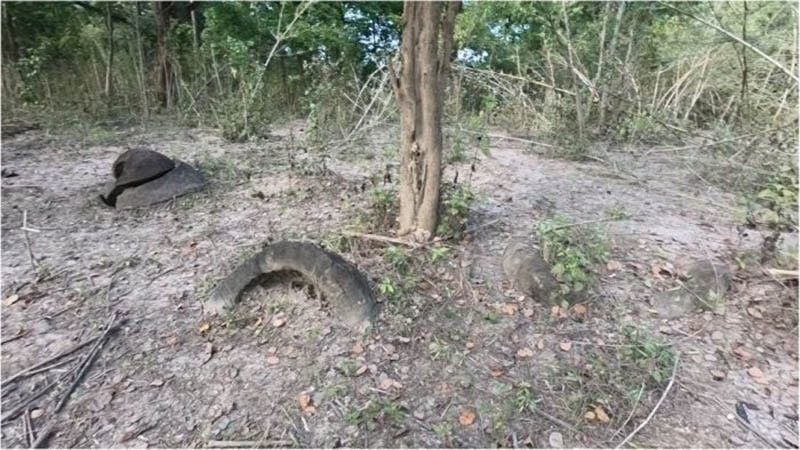 When added to the seven previously known sites, a total of 797 jars have been identified, in various states of preservation, over an area of 300 square kilometers (115 square miles). These jars seem to have been deliberately positioned on ridges, spurs and hills, with views of lowlands.

Furthermore, archaeologists haven't found any sources of the sandstone from which the jars are carved in the vicinity of any of the sites. 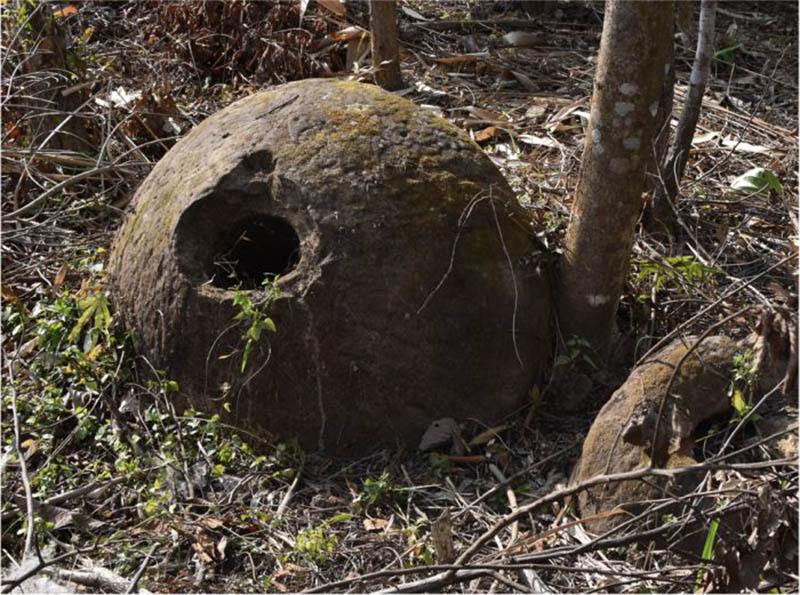 However, there are traces of clues to suggest that, like the Laos jars, the Assam jars may have been used for mortuary practices.

Mills and Hutton reported that one of the jars contained cremated bone fragments. British anthropologist Ursula Graham Bower lived with the Zemi Naga people in the 1930s; according to her reports, the Zemi believed that the jars were made by the lost Siemi people, for funerary purposes.

There are stories from the Naga people, the current ethnic groups in north-east India, of finding the Assam jars filled with cremated remains, beads, and other material artifacts.

It's likely there are many more jar sites out there in the heavily forested uplands of Assam, since the team only searched a limited area. This, the researchers said, is very important for protecting the heritage of Assam, as human habitation expands. Additional surveys are warranted with urgency across Assam, Meghalaya, and Manipur, the researchers note.

It seems as though there aren't any living ethnic groups in India associated with the jars, which means there is an importance to maintain the cultural heritage.   The longer we take to find them, the greater chance that they will be destroyed, as more crops are planted in these areas and the forests are cut down.

Finding more sites could also help archaeologists piece together not just what the jars were for, but the heritage of the mysterious people who made them.