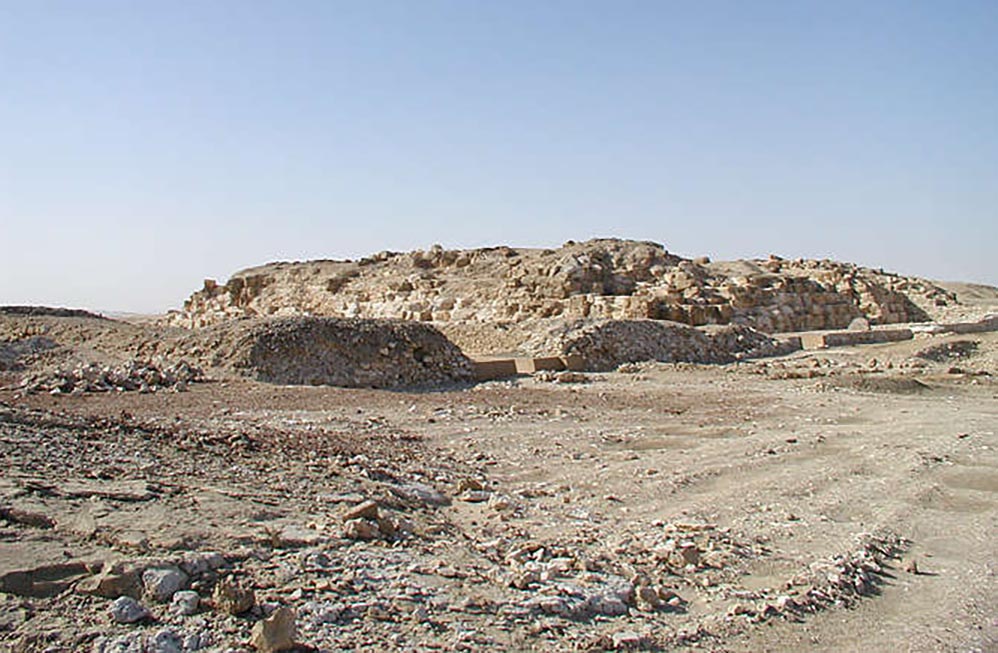 Abu Rawash is 8 kilometres (5.0 mi) north of Giza, is the site of Egypt's most northerly pyramid, also known as the lost pyramid - the mostly ruined Pyramid of Djedefre, the son and successor of Khufu. Originally, it was thought that this pyramid had never been completed, but the current archaeological consensus is that not only was it completed, but that it was built about the same size as the Pyramid of Menkaure - the third largest of the Giza pyramids.

One notable fact about the pyramid at Abu Rawash is that the upper most part of the pyramid has seemingly disappeared, revealing the internal passage that runs down into the bedrock. Explanations to why this pyramid is missing its top vary. The second point of interest that this pyramid provides is that it is built on top of a hillock. The builders faced the colossal task of not only hauling megalith stones up a pyramid but also up a hillock.

Its location adjacent to a major crossroads made it an easy source of stone. Quarrying, which began in Roman times, has left little apart from a few courses of stone superimposed upon the natural hillock that formed part of the pyramid's core.