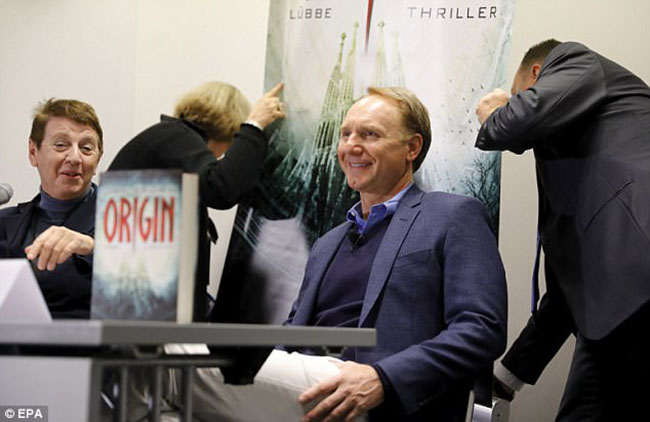 Things about artificial intelligence take me to Elon Musk and reality being a Hologram or our Origin.

God will be replaced by AI collective consciousness, says 'Da Vinci Code' author Dan Brown   Daily Mail - October 13, 2017
Humanity no longer needs God but may with the help of artificial intelligence develop a new form of collective consciousness that fulfills the role of religion, author Dan Brown has said. Brown made the provocative remark on Thursday at the Frankfurt Book Fair in Germany where he was promoting his new novel, 'Origin', the fifth outing for Harvard 'symbology' professor Robert Langdon. Landon was also the protagonist of Brown's novel 'The Da Vinci Code', a book that questioned the history of Christianity. 'Origin' was inspired by the question 'Will God survive science?', said Brown, adding that this had never happened in the history of humanity. 'Are we naive today to believe that the gods of the present will survive and be here in a hundred years?' Brown, 53, told a packed news conference.


Stargate Origins (abbreviated as SGO) is an American science fiction adventure web series and part of Metro-Goldwyn-Mayer's Stargate franchise. A young Catherine Langford embarks on an adventure to unlock the mystery of the Stargate. Catherine and her father examine the gate at a warehouse near Giza. Nazis take them hostage, and reveal they know how to use the gate and force Professor Langford to go through the gate with them. Catherine overpowers the guard and seeks the help of her friends Captain James Beal and Wasif, convincing them to go through the gate with her to rescue her father. Read more

In 2019 the series became available on Amazon Prime.