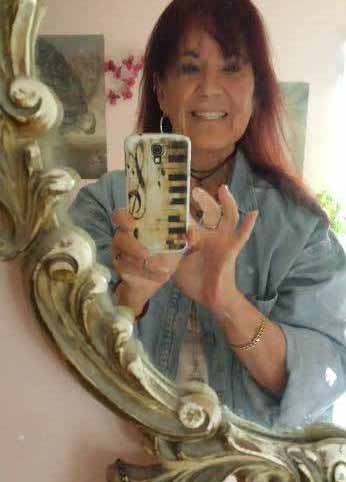 It's not often a long lost friend comes back into my life. Meet Nina ... We both grew up in Brooklyn attending Brooklyn College, but as I was one year older, and graduated early, we never met. We went on to become teachers but in different schools so again we never met. We married and started our families about the same time. Nina had boys (2) and I had girls (3) - just what we both wanted. Somewhere along the line Nina and I met through our husbands and we all became friends. I always thought she looked somewhat like me - the same height, build, hair, eye color, and completion.

As life moves on ... and people get busy ... friendships change. I basically stayed friends with the women who lived in Manhattan Beach, Brooklyn while Nina and Sy moved to Fort Lauderdale. The years, or should I say decades, passed as our lives followed similar paths though never touching. All of the children grew up, finished college, married with families, and are professionals. One of Nina's sons became a doctor - the other a Hollywood producer/director - Jeremy Alter.

Segue - March 2017 ... Last week my ex-husband Ralph, who is deceased, showed me Nina's face but never explained why. I decided to search for Nina on Facebook ... and there she was after all these years ... Ellie sending an email. Nina emailed back immediately telling me she had searched for me for years but not as Ellie Crystal (maiden name). She had only known me by my married name, Levine. (There are Ellie Levine's in NYC but younger than me.)

Yesterday Nina and I had our first catch-up call. We discovered that around the time I decided to leave Ralph to pursue the next part of my journey, she left her husband, Sy. Ralph moved to Scottsdale and Sy to LA. Though Ralph passed away 11 years ago, Sy is still alive and well and still selling insurance.

Nina's interests in the esoteric took her to astrology where she and a friend had a call-in radio show for two years. She still teaches piano and ... well you know what I do. She is not into the tech world at all and said she recently got her first smart phone. We didn't have time to talk about reality so I'm not sure about her thoughts on that subject. To be continued ....

With friends moving to Florida, I may have to visit again. My friend, Pat, just sold her design business and is moving May1. John, the friend I sometimes vacation with, is selling his house in Tampa and considering the East Coast of Florida. Now we have Nina .... and most importantly ... George in Fort Lauderdale.