I'm standing on the roof of my building in Bay Ridge, Brooklyn,
in the wind and rain, to capture the start of the New York City Marathon. 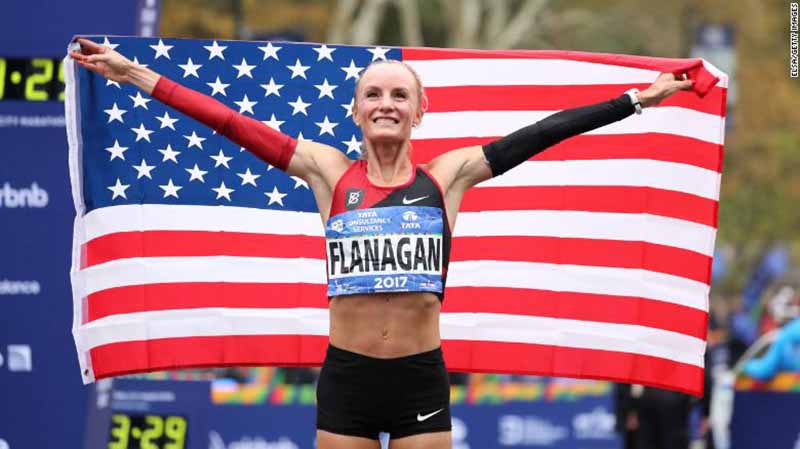 It's been a long time running -- four decades to be exact -- since an American woman broke the finish line tape at the New York City Marathon, but Olympic medalist Shalane Flanagan did just that on Sunday. With an unofficial time of 2 hours, 26 minutes and 53 seconds, the 36-year-old Flanagan beat three-time defending champion Mary Keitany of Kenya by a minute and one second. Times won't be official until later this month. Flanagan crossed the finish line in tears before proudly holding the Stars and Stripes aloft. She smiled for the crowd as she wrapped herself in the American flag.