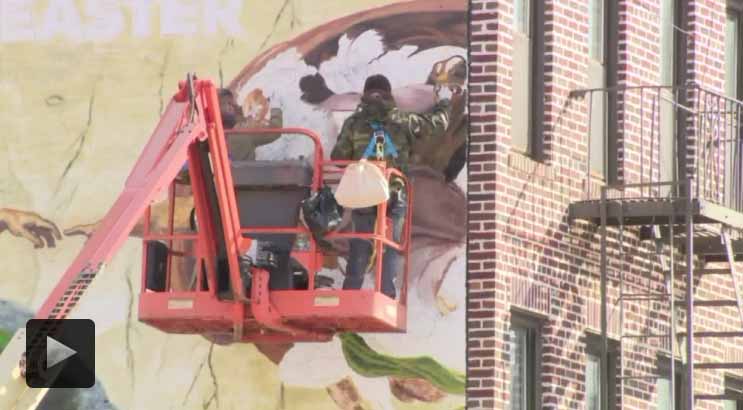 After watching the video I decided to check out the mural. 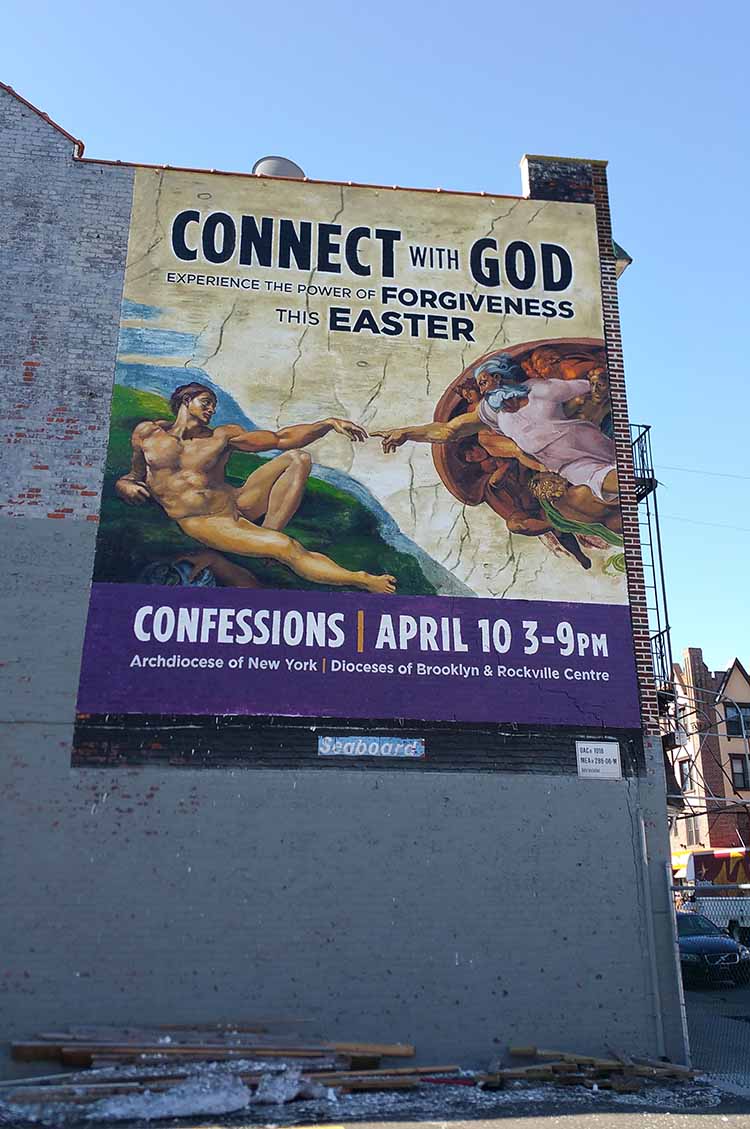 Artists re-created Michelangelo's art in time for Easter by painting on a building in the parking lot of the Food Emporium on Third Avenue and 81st Street. It a daunting task to capture the essence of this masterpiece in a 20-by-23 foot billboard. They used four foot rolls of paper, perforated, that they traced over in the studio, On location they rolled it out and pounce powdered charcoal through the lines. The Creation of Adam is a fresco painting by Michelangelo, which forms part of the Sistine Chapel's ceiling, painted c. 1508-1512. It illustrates the Biblical creation narrative from the Book of Genesis in which God breathes life into Adam, the first man.