"Shiny Black" also takes us to the eyes of the gray aliens who resemble a human fetus.

The Star Child in the film 2001 A Space Odyssey 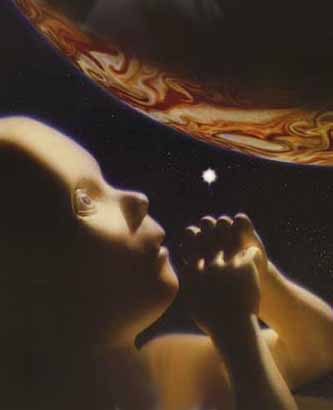 
"Shiny Black" represents creation "from the void" within the black hole of the simulation.

Earth Is a Whole Lot Closer to Our Galaxy's Supermassive Black Hole Than We Thought
November 28, 2020


Other 2001 Monoliths The Twin Towers were Twin Monoliths (Inserts) 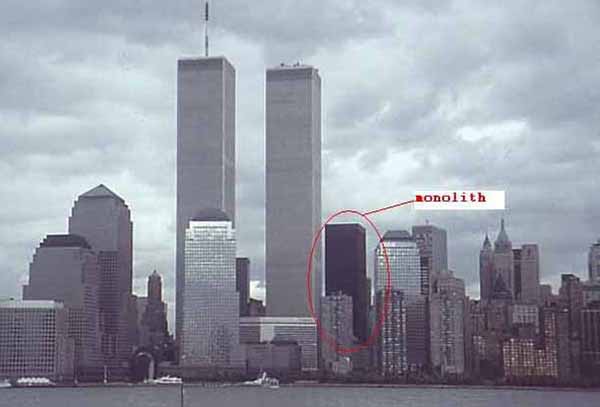 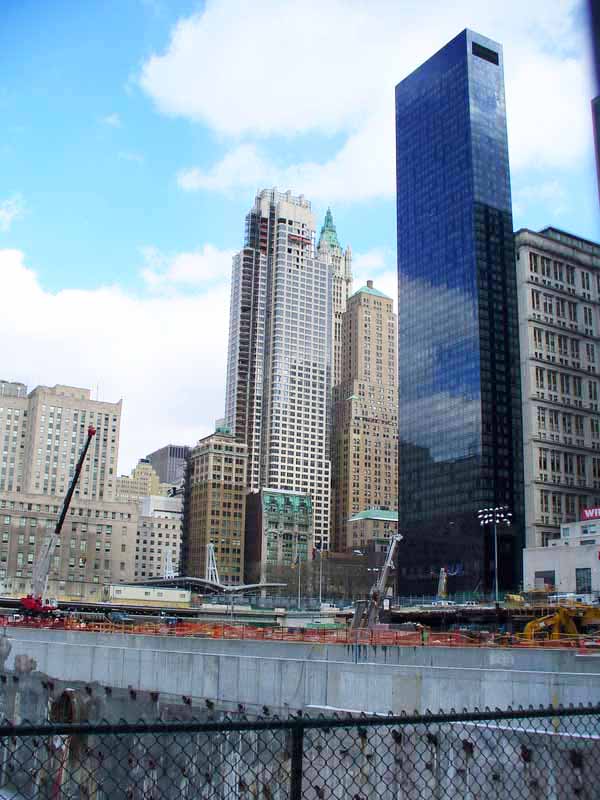 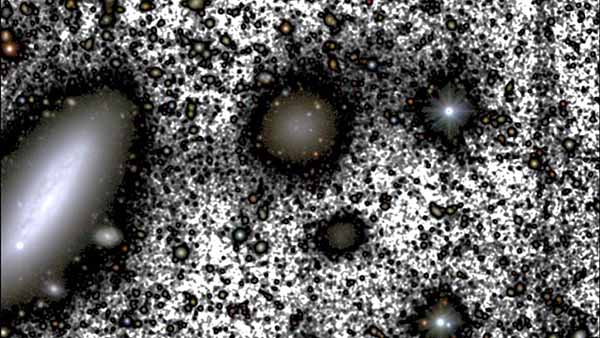 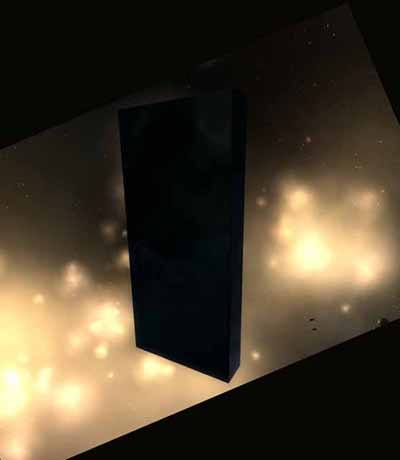 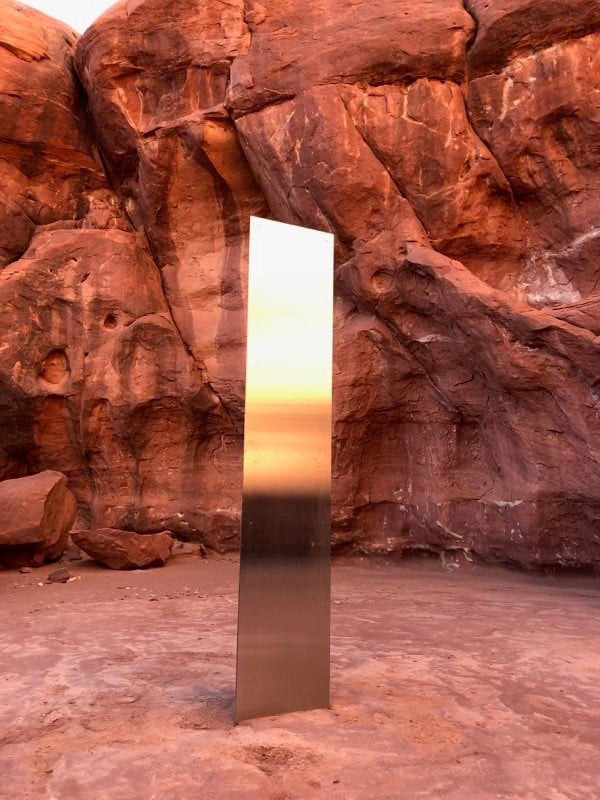 The monolith was a man-made art installation not an ancient alien artifact. 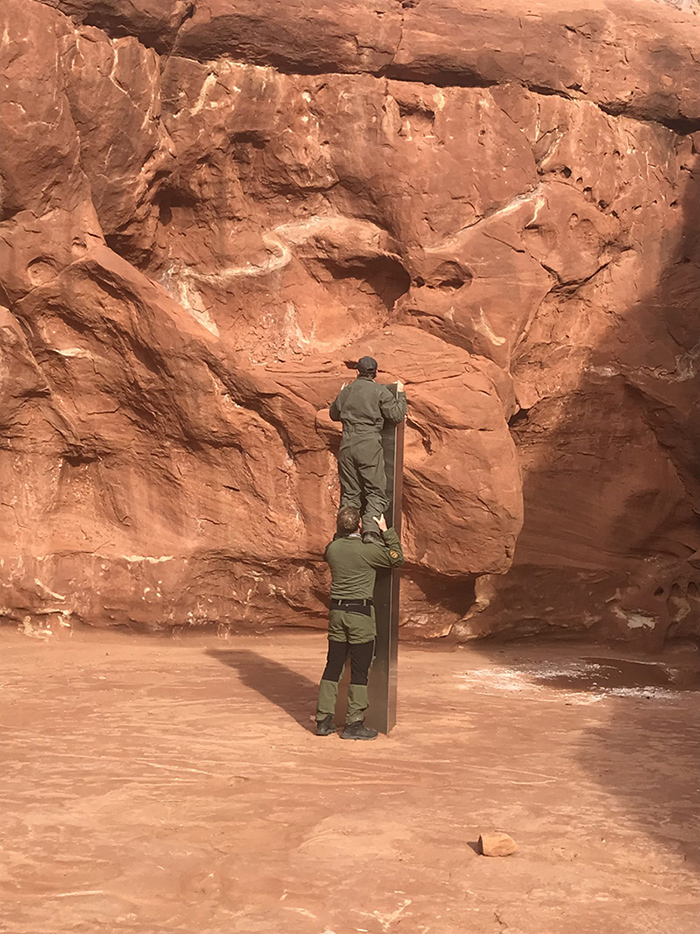 The Utah monolith was a metal pillar that stood in a red sandstone slot canyon in northern San Juan County, Utah. The pillar was 3 m (9.8 ft) tall and made of metal sheets riveted into a triangular prism. It was unlawfully placed on public land between July and October 2016. In November 2020, state biologists discovered it during a helicopter survey of wild bighorn sheep.

Within days, members of the public found the pillar using GPS mapping software and made their way to the remote location. The identity of its makers, and their objectives, are unknown. Following intense media coverage, it was covertly removed on November 27, 2020, by four unidentified men. Similar metal columns have appeared in California, Canada, Nevada, the United Kingdom, the Netherlands and Romania; the California and Romania monoliths were removed; however, the California one, afterwards, was replaced by the original artists. According to CNN News, the Utah monolith has all the elements required to become the year's biggest art story, at a time when the art world has been stifled by the pandemic.


Since the discovery of the Utah monolith others have been discovered in different parts of the world guided by those who want to - make otherworldly connections, have time on their hands due to the coronavirus pandemic, want to make money and become better known for their artwork, or just for fun. Several are built near sacred sites. Utah takes us to the Anasazi Puebloans, legends of the Anasazi and Ancient Aliens. 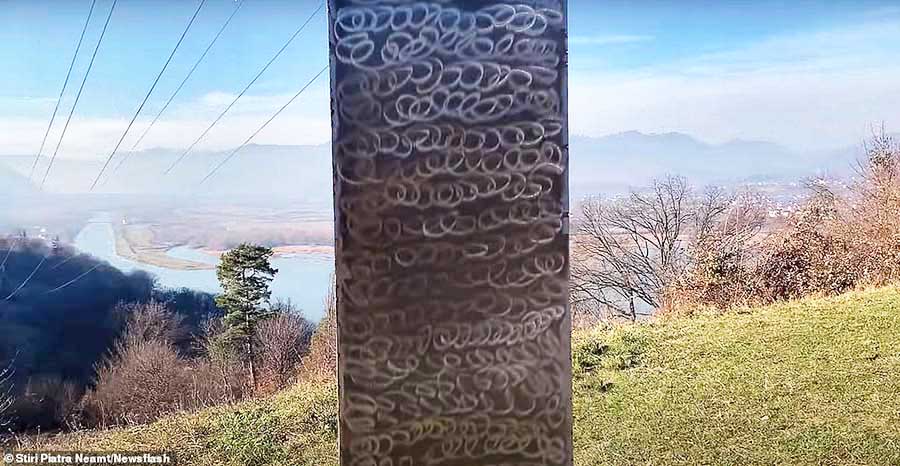 Monday November 30, 2020 - A mysterious Arthur C Clarke-style monolith appears in Romania after unexplained metal monolith vanished from Utah It was spotted a few metres away from the well-known archaeological landmark the Petrodava Dacian Fortress, which is the oldest historical monument in Piatra Neamt. 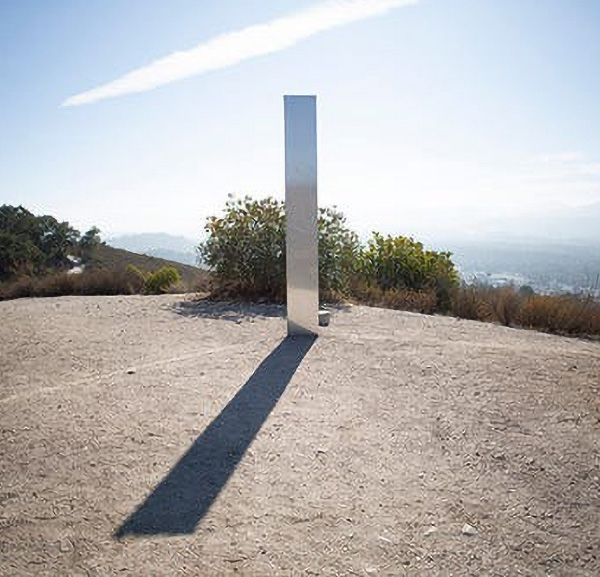 
A mysterious metal monolith was found atop a hill in Atascadero, California, on Wednesday. This metal slab matches two others found in Romania and Utah in the past two weeks. The monoliths' origins are uncertain. The Romanian monolith appeared Friday, the same day its Utah twin disappeared. Utah state officials discovered the first monolith on November 18, but Google Earth maps indicate the structure was erected sometime between August 2015 and October 2016. 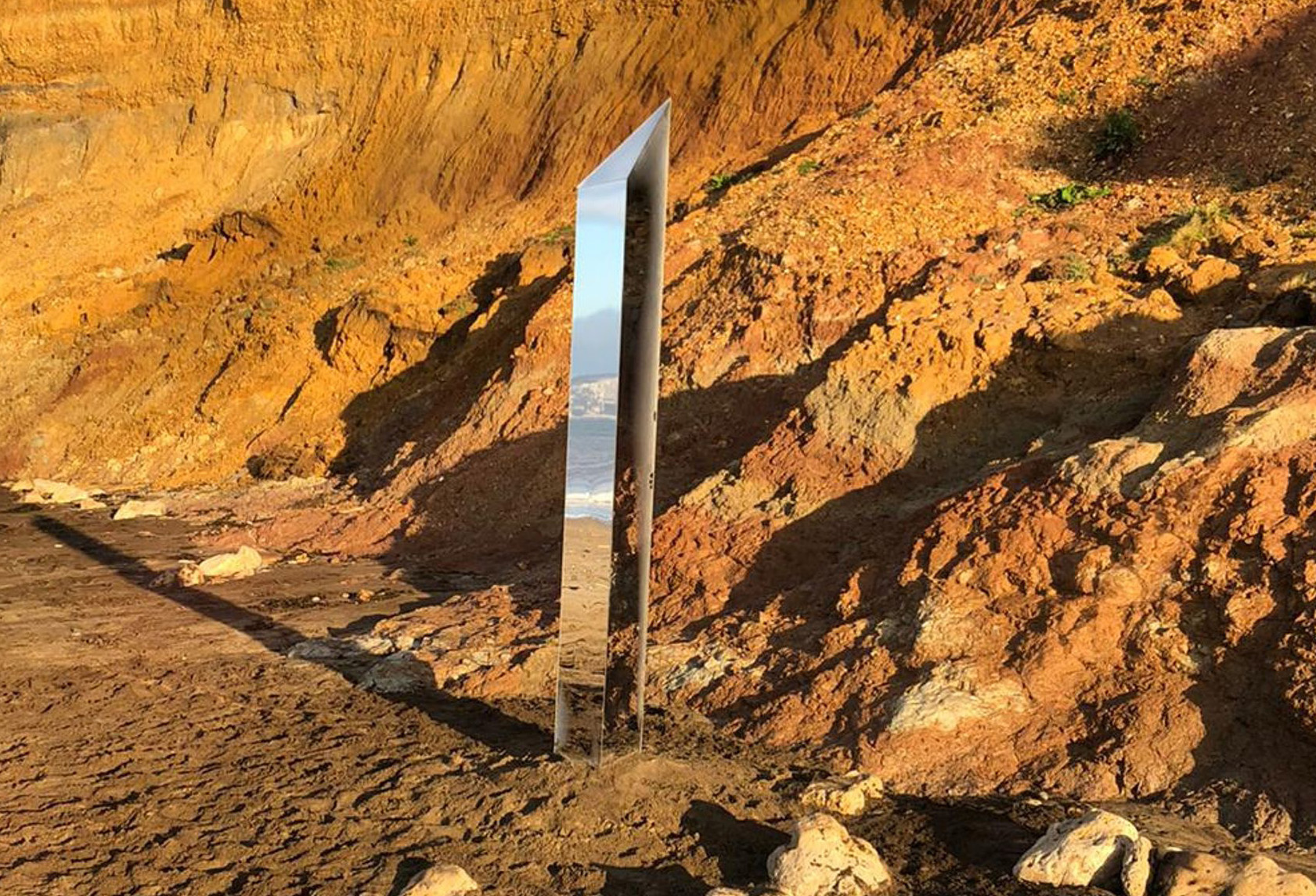 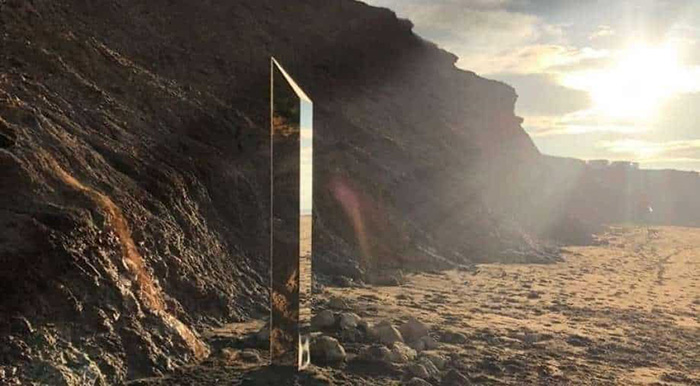 The mysterious mirrored object was spotted by a dog walker on the island's Compton Beach. 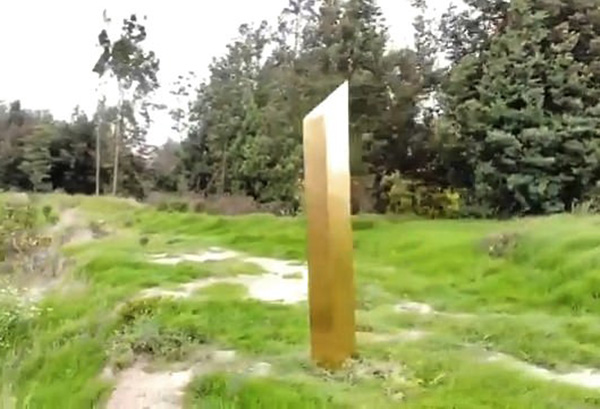 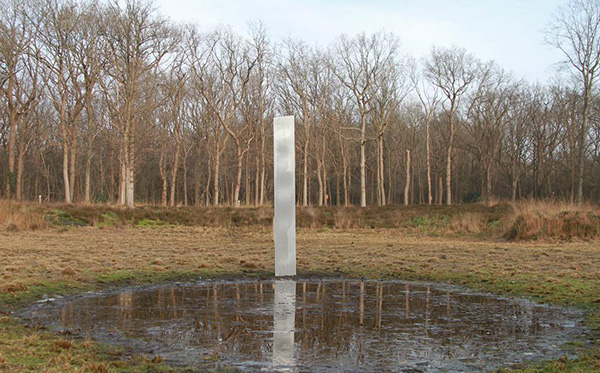 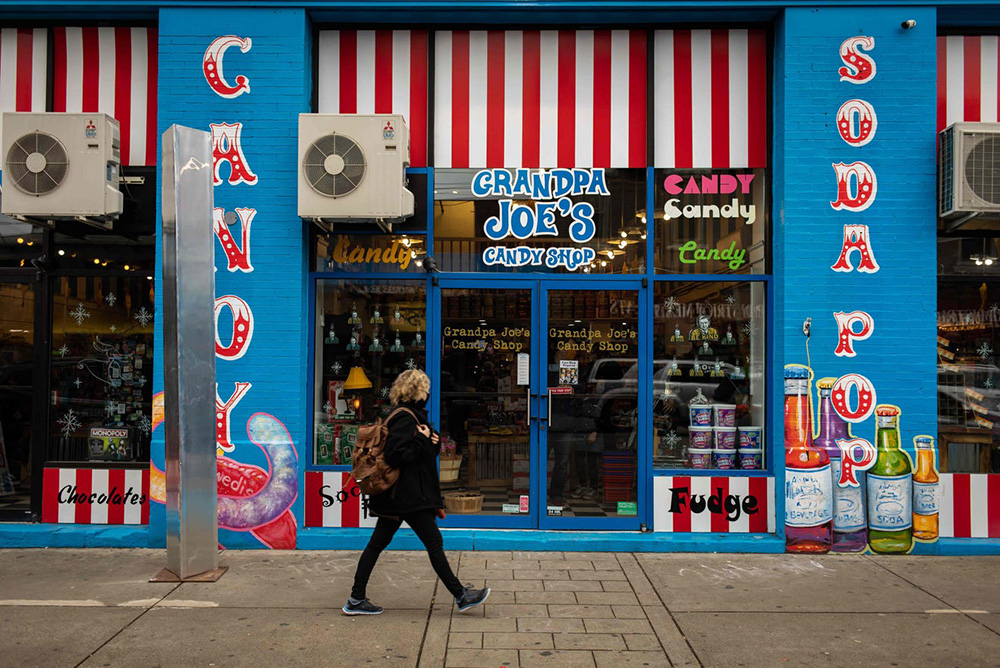 Stunt artists who claim they're behind the alien monoliths sell new ones for $45,000 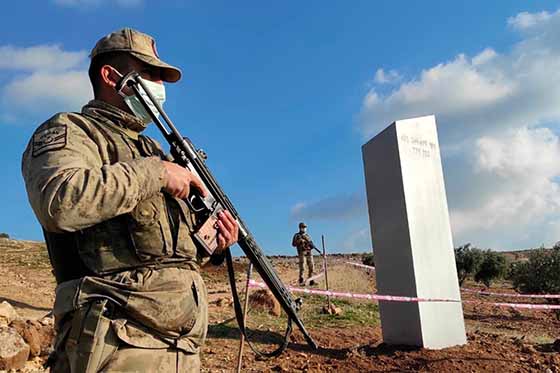 The Latest Monolith - Near Gobekli Tepe in Turkey
One minute it was there. Four days later it was gone. 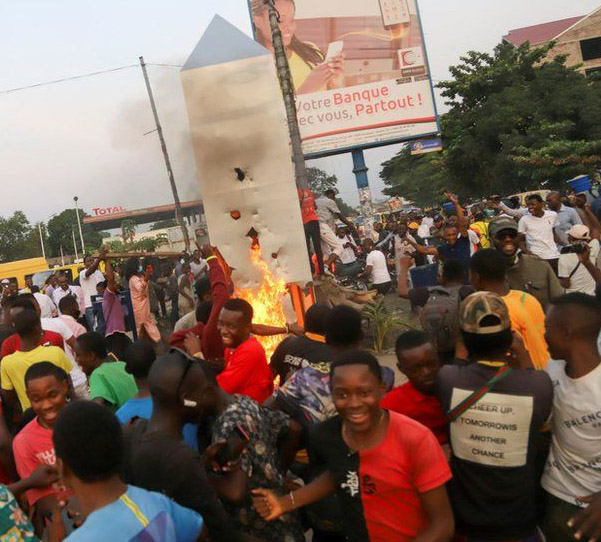 A metal structure that mysteriously appeared on a roundabout in the
Democratic Republic of Congo has been destroyed over fears about its origins. 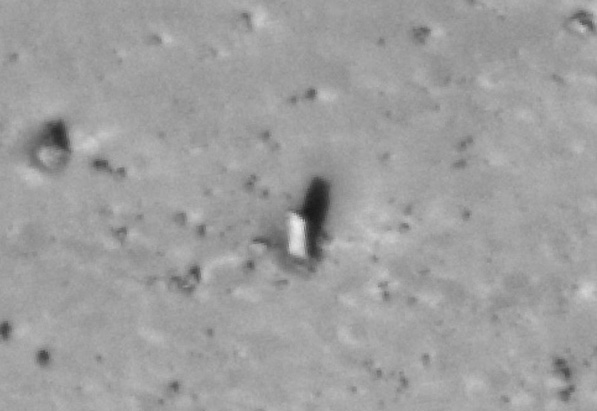 The Mars monolith is a rectangular object (possibly a boulder) discovered on the surface of Mars. It is located near the bottom of a cliff, from which it likely fell. The Mars Reconnaissance Orbiter took pictures of it from orbit, roughly 180 miles (300 km) away. Around the same time, the Phobos monolith made international news.

This crystal image is the closest I've found for "Inserts in the Simulation". 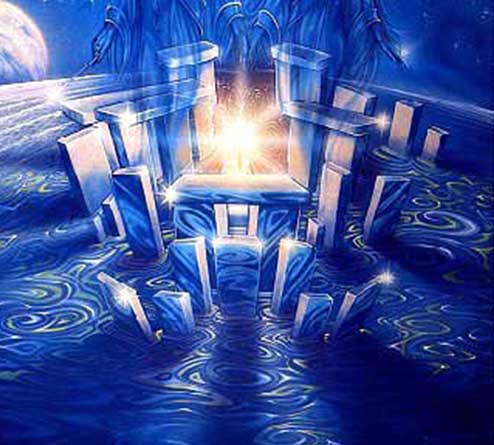 The crystals are encoded. Push down and it launches.
To stop or pause and reboot - push again and it pops out.