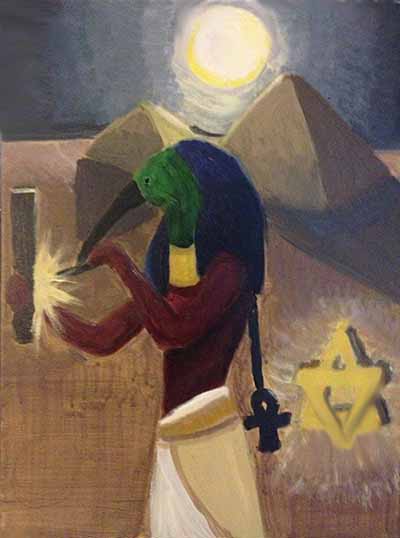 October is the month of magic and in 2013 Mercury Retrograde.

If time is an illusion, so is everything else you are experiencing.

If you understand the nature of our experience here - you don't need magic.

Do you believe in magic? In part it goes along with alchemy as one tries to understand and master the rules of physics and nature for whatever their goals. Magic keeps reality in motion. Reality is myth, math, metaphor, and a sprinkle of magic to instill hope and protection in the believer. The origins of magic go back to the beginning of the program when humans gave magical powers to things misunderstood. I find it funny that this still happens today from invisible gods to shifts in the hologram.

In magic we often find belief systems, rituals, symbols, talisman, tools, as ancient as their inception back in the days of early civilizations where magic was used in religion, medicine, and divination. Magic and religion are categories of beliefs and systems of knowledge used within many societies, which today should seem outmoded to you. If you practice magic - white or black - you are seeking power and control of your life ... you want something. Magic takes us to the Magi or the Zoroastrian Priests and Jesus/Alien mythology. As always it goes back to Z as Thoth, Hermes, Merlin the Magician, the god Mercury, the alchemists, more. You are experiencing in his illusion.

When is comes to Magic and Illusion - I remain fixated on the scene from the film Inception, where Ariadne, the architect who consciously creates the dreamscapes, marvels at her first experience realizing that she and Leonardo DiCaprio know its an illusion while others experiencing within seemingly are unaware that they are in a dream, even as they create and destroy.