In this timeline, terrorists threats from Muslim extremists are everywhere. New York City is always a target - most recently the October 31, 2017 New York City truck attack when a person drove a rented pickup truck into cyclists and runners for about one mile of the Hudson River Park's bike path alongside West Street - and the December 11, 2017 New York City attempted pipe bombing when a 27 year old Brooklyn man partially detonated a pipe bomb in the subway station adjoining the Port Authority Bus Terminal in Midtown Manhattan, New York City, injuring four people including the suspect. 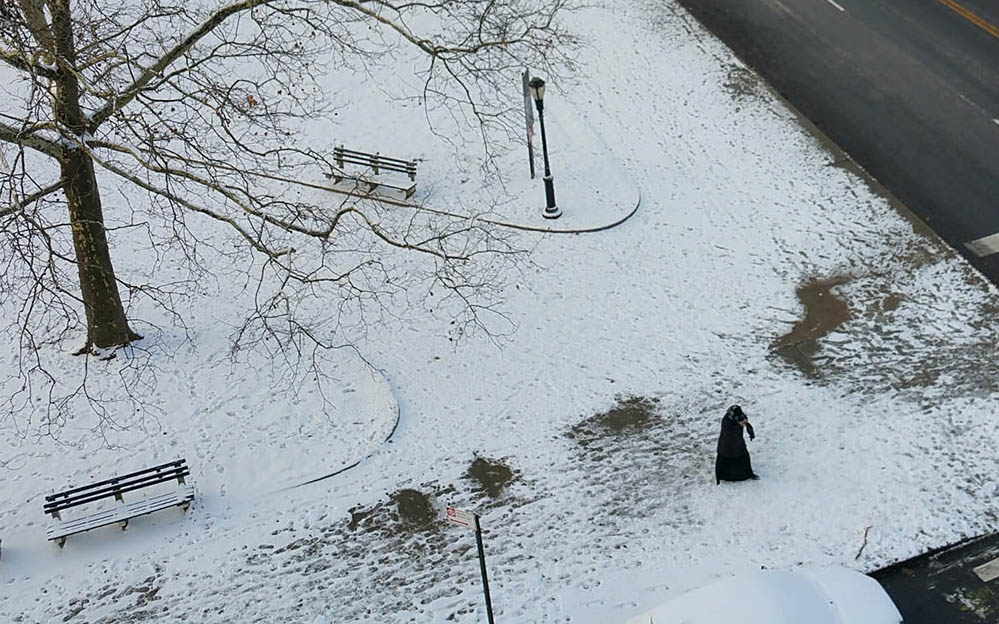 Like a scene out of a modern-day spy thriller, this morning I suspiciously watched a woman, dressed in black, her face covered, walking into the park. [Ellie turning on her phone]. We have become so conditioned to look for signs of "foul" play that I followed her with my eyes as my camera booted up. She stayed for only a few minutes, as it is bitter cold, when I noticed pigeons flocking around her. She had come to feed them. Ah ... a different kind of "fowl" play. 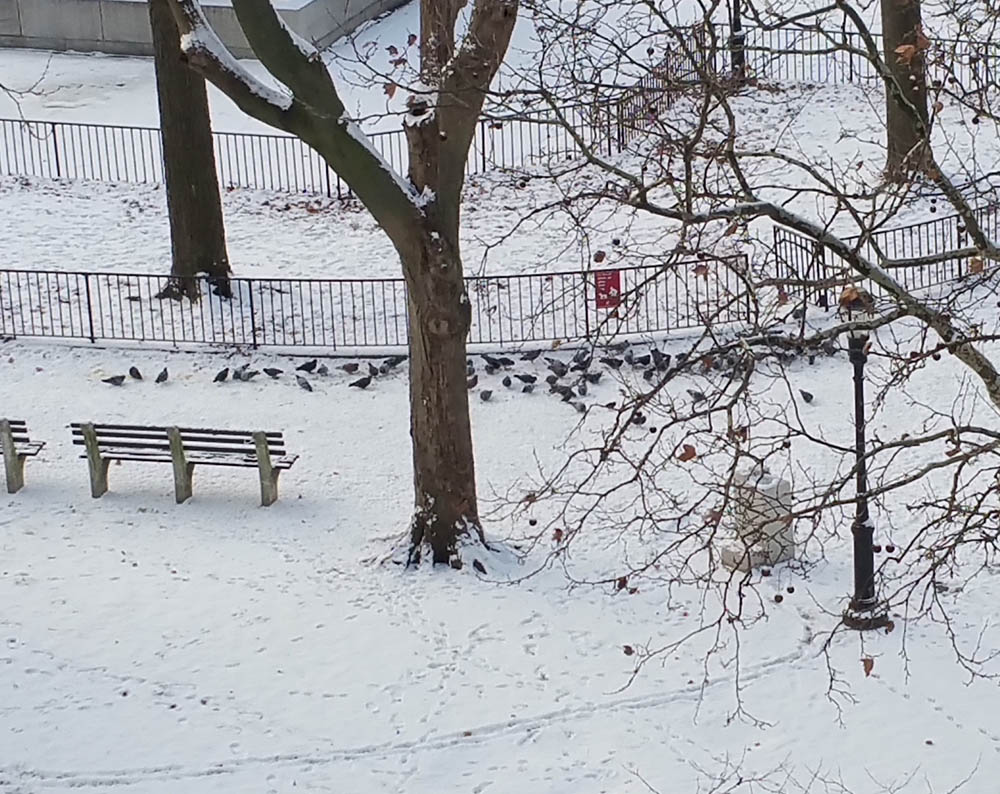