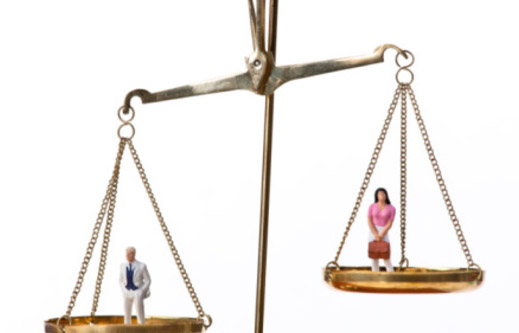 As a woman it would be natural that I believe in opportunity for everyone as minorities, which include women, have been suppressed way too long. Many women are now equal in qualifications to their male counterparts and should be paid the same scale. Single moms in particular understand what it's like to raise children on their own in today's world - the money just isn't enough for the family's needs. Slowly but surely, and generally by protest, things change.

Personally I've never had a job where I made less than a man. As a teacher the pay scale is dictated by the Board of Education in a particular state and based on experience. As a psychic and therapist I create my own rates, not competing with anybody, but based on experience and education. I generally don't compare notes with other psychics. When it's time to raise rates, clients start giving me large tips which is my indicator for a small increase. My fee has generally been based on the economy at the time. For now I am comfortable with my current fee. On occasion I will refund someone after we start to talk and see that they are unstable, like a recent client who told me he was Jesus and wanted me to confirm his destiny. 99.9% of my clients are amazing as we share a special experience.