Ellie's Journey to the DMV 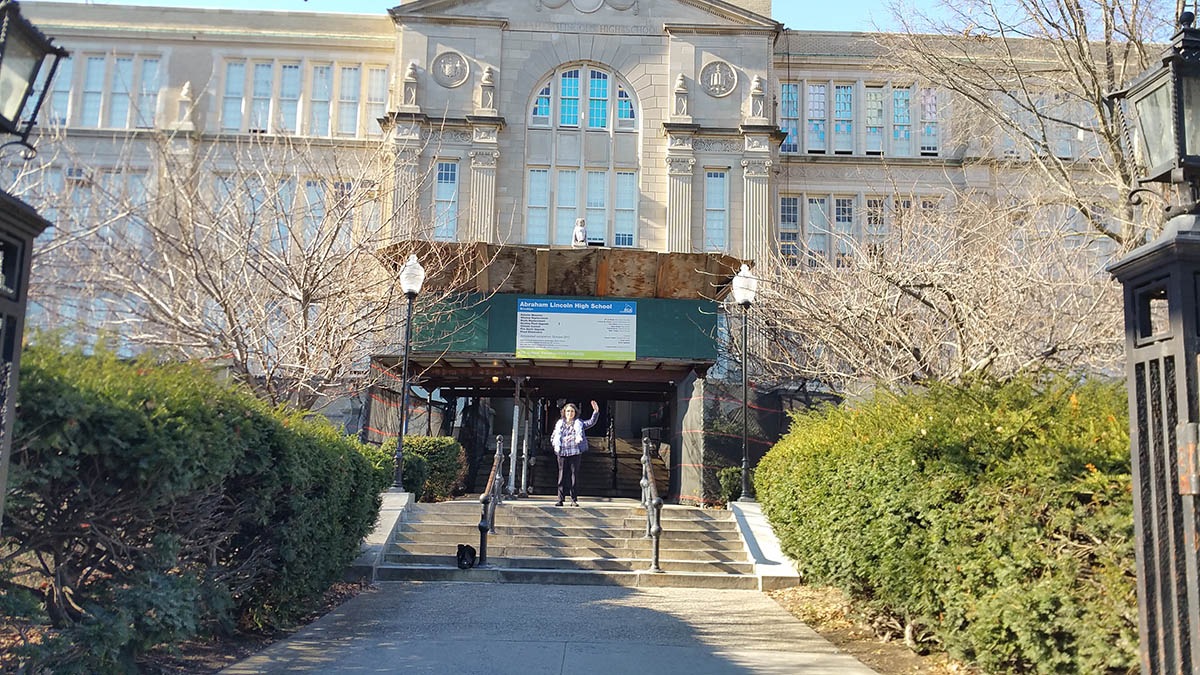 It's that time ... no not Christmas ... the time for me to renew my driver's license. Normally I mail in the forms with a check and voila ... done. Not any more.

I don't know if this applies to NY State only or everywhere else, but as of October 30, 2017 the rules changed and if you want a license that can be used at airports etc. you must return to that dreaded place ... Department of Motor Vehicles (DMV).

The closest office for me is in Coney island ... so after getting a form filled out by my eye doctor ... off I went on the Belt Parkway headed east.

As I got off the Ocean Parkway Exit I realized I was at Lincoln High. I had wanted to return there for a pic for you guys but never had time. Opportunity knocks when least expected.

I parked in front of the school, just behind a cop car, and asked a girl who was walking by to take two pics - vertical and horizontal. She was flirting with a boy which momentarily took me back to my high school years.

Next stop the DMV ... West 8th Street between Surf and Neptune Avenues. Parking mojo in place I pulled in just across the street.

Ellie enter the building ... forms to fill out ... decisions to be made about which of 3 types of licenses I wanted ... discussions with many people.

Choice #3 can't be used at airports after the new year. I took choice #1 enhanced so I can use it at airports. Choice #2 was for US only, but Choice 1 takes me to the islands and Canada. Hey you never know. New York State driver license types and classes

I took a new photo ID (it's required) then waited ... for two hours. My friend Pater happened to show up so I had someone to chat with and then there's tech to pass the time.

Yesterday my grandson Dylan turned 17 and got his driver's license in NJ. While i was waiting in motor vehicles in Brooklyn, my daughter Zsia (a former Lincoln graduate) texted that she had taken Dylan to motor vehicles and had also spent two hours there. What does Dylan like best about driving ... the same think Grandma does ... the feeling of freedom.

Wherever you are traveling for the holidays - be safe.