Dumpster Fire - Everything is Heating Up 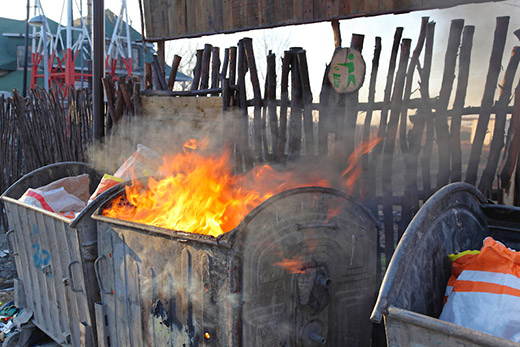 Why 'Dumpster Fire' Was 2016 Word of the Year   Live Science - January 24, 2017
Last year was the hottest year on record, but it wasn't just high temperatures that people will remember - Americans had to handle a fiery, contentious election, and people around the world experienced violent, political strife. It seems fitting, then, that Dumpster Fire has been selected as the word of the year for 2016. In a vote held in Austin, Texas, on Jan. 6, the American Dialect Society chose "dumpster fire" - defined as "an exceedingly disastrous or chaotic situation" - as the word (or, rather, words) of the year.